MercatorNet: The tragedy of not being a saint

MercatorNet: The tragedy of not being a saint

The tragedy of not being a saint 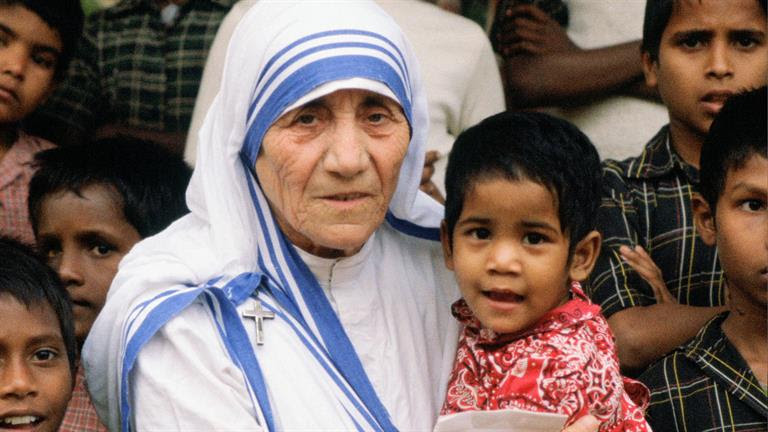 Holiness is something that most artists struggle vainly to capture. Dostoyevsky’s novel The Idiotdepicts an extraordinarily good man as, well, an idiot: wise and kind, but feckless. In Brideshead Revisited Evelyn Waugh wrestled with the idea of holiness in the dysfunctional Marchmain family. His characters all find God in different ways, but the real saint is Sebastian, who ends his days as the alcoholic but prayerful porter of a monastery in Tunisia. The hero of Graham Greene’s The Power and the Glory is a persecuted “whiskey priest” in Mexico who has fathered a child, but is generous in his underground ministry and dies as a martyr.
The lesson of this must surely be that it is harder to create a fictional saint than it is to create a real one. Saints in novels are memorable characters, but not the sort of person you would choose as your sister-in-law or next-door neighbour.
Which is precisely why Catholics are celebrating the canonisation this weekend of Anjezë Gonxhe Bojaxhiu, better known as Mother Teresa of Calcutta.
What a canonization demonstrates is that everyone is called to attain her degree of goodness. The title of “Saint” does nothing at all for Mother Teresa – who is in a place where earthly accolades are meaningless – it’s meant to spur the rest of us on.
Mother Teresa was also a bit unusual, of course. Few women feel called to renounce family ties and creature comforts. In fact, the difficulty of following in her footsteps has become an excuse for appalling behaviour, as in “You can’t expect me to be Mother Teresa, you know.” By way of example, former Australian prime minister Kevin Rudd once explained his impatience and foul temper: “I'm no Mother Teresa. I've been in politics … for nearly 20 years and it's a difficult and bloody business.”
In the past most canonized saints were priests and religious, often founders of religious orders like Mother Teresa, or martyrs. But in recent times, the Catholic Church, especially under John Paul II – Saint John Paul II – has tried to beatify (a step before sainthood) and canonise ordinary men and women to show that holiness is for everyone. This is an idea whose theology was developed in an inspiring way by St Josemaria Escriva, the Spanish priest who founded Opus Dei.
There has been no lack of holiness amongst ordinary lay people in the 20th Century. Wars tend to bring out the worst and the best in people and we have had many wars. Blessed Pier Giorgio Frassati (1901-1925) was an Italian involved in social services who died of polio. Blessed Franz Jägerstätter (1907-1943) was an Austrian farmer with three children who refused to take the Hitler oath and was guillotined. Saint Gianna Beretta Molla (1922-1962) was an Italian paediatrician who refused to have an abortion which would have saved her life. Blessed Benedict Daswa (1946-1990) was a South African school teacher killed by a mob for opposing witchcraft.
In many countries others are on the road to canonization, like Dorothy Day (1897-1980), an American convert to Catholicism. She had an abortion as a young woman, was a single mother, a journalist and a social activist. Or Montserrat Grases (1941-1959), a Spanish schoolgirl and a member of Opus Dei who died of a painful bone cancer.
Obviously there is a lot of theology behind the practice of nominating certain people as saints. Protestants typically reject the Catholic idea that saints can intercede for us before God. But everyone can appreciate the example of their goodness.
As in the life of Mother Teresa, much of that is hidden. The heroism with which she carried on despite extraordinary moral suffering became known only after her death. But I would single out three visible qualities shared by all the saints.
First, cheerfulness. There is no such thing as a gloomy saint. They lived with a consistent good humour and serenity, even in the midst of the most trying circumstances. It is said that Thomas More asked his executioner for a hand to mount the scaffold: “Pray, Sir, see me safe up; and as to my coming down, let me shift for myself.”
Second, a restless ambition to do more – more for God, more for their neighbour. Mother Teresa was a marvelous example of that, but others did their duty in their own circumstances.
Third, piety, a word which has fallen out of use in modern society. Its Latin root denoted a loving respect for father and mother. In the life of Christians it means treating God as a father, with all the tenderness and intimacy of a child. And like a child, they realise that all of their goodness is a gift from God.
What Christians see in the saints is not just their good deeds. Mother Teresa’s were unstinting and bountiful, but she is not being canonized as a posthumous reward for “behaving like Mother Teresa”. In the saints we catch a glimpse of that incandescent, wide-eyed innocence which mankind had in Eden and ought to have today. And so seldom does.
The French poet Charles Péguy, who was killed in a World War I battle, said, “Life holds only one tragedy, ultimately: not to have been a saint.” The canonization of this extraordinary woman encourages everyone touched by her to yearn for that innocence ourselves.
Michael Cook is editor of MercatorNet.

This weekend belongs to Mother Teresa of Calcutta (now Kolkata to the world) and to her daughters sons in the religious orders and associations that carry on her ministry to “the poorest of the poor” in numerous countries. On Sunday she will be canonised a saint by Pope Francis, who will thus confirm the long-held conviction of many millions of people, including myself.
In the second half of the 20th century Mother Teresa, the little nun in a white sari, eyes framed by permanent creases from her smile, was a living icon of charity – the kind of charity Christ sketched so memorably in the parables of the Good Samaritan and the Last Judgement. Not all the scandals of the Catholic Church in recent years can take the shine off her example of what the love of Christ can urge people to do. If she was not a saint, I don’t know who is.
But holiness does not come easy. Saints have to struggle against themselves and with misunderstanding from others. Even struggles with God. This is what Gëzim Alpion, a compatriot of the Albanian saint and a sociologist, means by “a saint of darkness”. Even today, controversy continues, but Mother Teresa has the popular vote and “it shall not be taken away from her”.
For a great summary of Mother Teresa’s life, illustrated by some of her best press photos ever, I recommend the New York Times’ timeline.