MercatorNet: A religion of listening

MercatorNet: A religion of listening

A religion of listening

The focus of Judaism has always been attentive communication 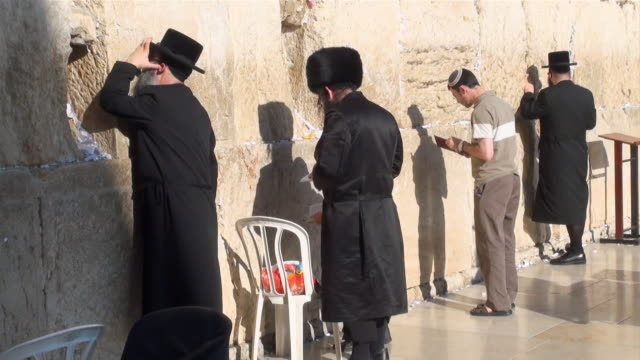 The foundations of Western culture are often said to be ancient Greece and ancient Israel. It builds both on the wisdom of the Jewish people in the Old Testament (and the Christian culture which sprang from it) and the astonishing flowering of Greek philosophy and art three centuries before the birth of Christ. But there are great differences between the two cultures.
A fascinating one was explained by the ever-creative Lord Jonathan Sacks, the former Chief Rabbi of the British Commonwealth on his blog about Jewish spirituality.
The Greeks, he argues, had “a profoundly visual culture. Its greatest achievements had to do with the eye, with seeing … Plato thought of knowledge as a kind of depth vision, seeing beneath the surface to the true form of things …”
But the most evocative words of Jewish culture are Shema Yisrael, Adonai Eloheinu Adonai Eḥad, Hear O Israel, the Lord our God, the Lord is one. Sacks argues that “Judaism is a religion of listening. This is one of its most original contributions to civilisation.”
The difference between seeing and hearing leads to profound differences in the culture:

For the Greeks, the ideal form of knowledge involved detachment. There is the one who sees, the subject, and there is that which is seen, the object, and they belong to two different realms. A person who looks at a painting or a sculpture or a play in a theatre or the Olympic games is not himself part of the art or the drama or the athletic competition. He or she is a spectator, not a participant…
Speaking and listening are not forms of detachment. They are forms of engagement. They create a relationship. The Hebrew word for knowledge, da’at, implies involvement, closeness, intimacy. “And Adam knew Eve his wife and she conceived and gave birth” (Gen. 4:1). That is knowing in the Hebrew sense, not the Greek. We can enter into a relationship with God, even though He is infinite and we are finite, because we are linked by words. In revelation, God speaks to us. In prayer, we speak to God. If you want to understand any relationship, between husband and wife, or parent and child, or employer and employee, pay close attention to how they speak and listen to one another. Ignore everything else.

Perhaps, he notes, it was no coincidence that Sigmund Freud, a lapsed Jew, invented psychoanalysis, a “listening cure” for the inner conflicts of his neurotic patients. In fact, says Sacks, listening is the best form of conflict resolution:

Many things can create conflict, but what sustains it is the feeling on the part of at least one of the parties that they have not been heard. They have not been listened to. We have not “heard their pain”. There has been a failure of empathy. That is why the use of force – or for that matter, boycotts – to resolve conflict is so profoundly self-defeating. It may suppress it for a while, but it will return, often more intense than before. Job, who has suffered unjustly, is unmoved by the arguments of his comforters. It is not that he insists on being right: what he wants is to be heard. Not by accident does justice presuppose the rule of audi alteram partem, “Hear the other side.”
Listening lies at the very heart of relationship. It means that we are open to the other, that we respect him or her, that their perceptions and feelings matter to us. We give them permission to be honest, even if this means making ourselves vulnerable in so doing. A good parent listens to their child. A good employer listens to his or her workers. A good company listens to its customers or clients. A good leader listens to those he or she leads. Listening does not mean agreeing but it does mean caring. Listening is the climate in which love and respect grow.

While the frame for Rabbi Sacks's argument, naturally, is Judaism, it is a profound and thought-provoking message for anyone, even those of no faith at all.
Michael Cook is editor of MercatorNet.