MercatorNet: How the internet is changing the way we live

MercatorNet: How the internet is changing the way we live

How the internet is changing the way we live 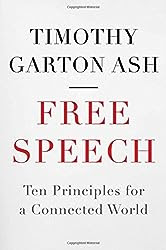 Timothy Garton Ash, Oxford professor of Professor of European Studies, recently published a magisterial book, Free Speech: Ten Principles for a Connected World. We hear many diatribes for free speech (and some against); Ash supplies background knowledge about how the internet changes the speech issues we face and what we can do to protect free speech in a vastly different environment from the past.
To take just one example: A common jibe offered by totalitarian societies against free speech in the Western world decades ago was, “Sure, there is free speech for a Western newspaper, provided you own the newspaper!” Today, in many Western countries, almost anyone can put up a blog and say pretty much whatever they want. Or can they? Ash discusses government attempts to control the internet in lucid detail, including a valuable comparative summary of the Chinese government’s vast censorship apparatus and frequent crackdowns, that so often seems to just catch up in time to be obsolete.
In his pursuit of “Cosmopolis,” the internet-enabled global society, Ash outlines and illustrates a number of facts that should inform any discussion. I’ll note a few of them here:
1. The United States has created a global “First Amendment” space for the internet, in the sense that Americans tend to assume that the default position is freedom rather than control. “For the hours you are online, you have virtually emigrated to the United States”. Recent loss of US control means loss of this default position, which is likely to be keenly felt elsewhere.
2. “When it comes to enabling or restricting global freedom of expression, some corporations have more power than most states. Were each user of Facebook to be counted as an inhabitant, Facebook would have a larger population than China.”
Ash divides the world of the internet into dogs (government), cats (IT companies), and mice (users). He says, “The biggest cats are more powerful than all but the very biggest dogs.” A telling incident:
In 2010, when Google was confronting China, the company’s then chief executive Eric Schmidt spoke to a small group of journalists at the World Economic Forum’ annual meeting in Davos. “Google is not a country,” said Schmidt. It does not make laws. But, he went on, “we have to secure our borders.”
Schmidt, we are told, quickly corrected himself to “secure our networks” but the true message was already out there.
3. The amount and type of violence-as-entertainment available would shock many (and we are not talking about current events in troubled nations.) Here’s a video game offered for sale in peaceful Japan:
Take Rape Lay, released by a Japanese company called Illusion Soft in 2006. The object of the game was to rape, repeatedly, a mother and her two young daughters and force them to have an abortion if they became pregnant.
It took three years to get the game off the shelves.
4. The global nature of the internet is deadly for many who do not even use it. YouTube clips and cartoons mocking Mohammed may cause the deaths of scores of Christians in developing countries who have never seen the material and did not know of its existence (p.19). His discussion of Benghazi (pp. 64–71) is illuminating in this regard. An obscure California filmmaker with a criminal record was credited with detonating violent international events, despite the wishes and efforts of heads of state.
In the end, Ash thinks, we will need courage and realism, as well as idealism about the internet. I suspect that the battles about specific issues will rage for centuries, as happened with the invention of the printing press.
Every so often I run into a book that I think everyone interested in a social issue should read, as it obviates reading a number of other books (of course, many of them would still be good choices when time and funds are available). On that list, I would put, among others, Charles Murray’s Coming Apart (on the hardening of class divisions in the United States), Greg Lukianoff’s Unlearning Liberty (on shrinking intellectual freedom on campus), and of course Ash’s Free Speech.
Note: I have one quibble: Ash seems unfair to University of Toronto prophet of the internet, Marshall McLuhan (1911–1980), who predicted a “global village.” He writes, “Villages are small, usually homogenous and conformist places. Tolerance is not their hallmark. When things get rough, villagers who have been neighbours all their lives can end up murdering each other.”
But what McLuhan predicted is often precisely what we do see. For example, the internet is used to organize flash mobs, public soap operas of matters better left private, and shamestorms on Twitter. I commend Ash’s dream of  a “cosmopolis” but perhaps human nature tends too often toward the village.
Denyse O’Leary is an Ottawa-based author, blogger, and journalist.

The breakdown of the famous "Brangelina" alliance leads celebrity news today. Angelina Jolie is heading for her third divorce and Brad Pitt for his second. This is probably not a record for Hollywood, but there is a special kind of seriousness in this case because there are six children involved, ranging in age from 15 to 8. Three of them were adopted from developing countries, first by Jolie and then by Pitt. Even their own children, though, were born before their parents married -- a bad omen. Now it's over and the kids have to suffer the emotional distress of their parents' separation -- not to mention the publicity. Jolie knows from her own childhood the pain of an absent father. Couldn't she have hung in there for the sake of these young children?
It is tragic that the Brangelina (self-centred) approach to love and marriage is propagating itself through popular culture. We at MercatorNet want to celebrate the till-death-us-do-part model. But the response to our call for titles of Great novels about romance suggests that they died out around 1900! Are there any truly great romantic stories from the last 100 years or so -- stories that don't begin with adultery and end with divorce? Let us know by Sunday.

MercatorNet: How the internet is changing the way we live
Publicado por salud equitativa en 5:15