MercatorNet: All the lonely people - have they no one of their own?

MercatorNet: All the lonely people - have they no one of their own?

All the lonely people - have they no one of their own? 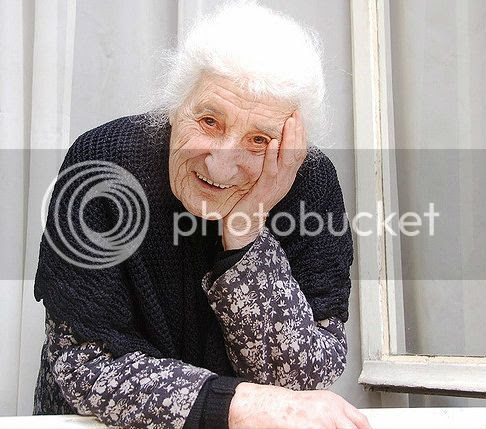 Sweet Old Lady, by Robert Wallace/Flickr
Many devotees of the iPhone are disappointed. The latest model does not have a jack for headphones and no new bells and whistles, although it is faster, brighter and has a better camera. For fans, maybe, it’s still worth scrimping on the groceries to buy it and make their experience of having the world in the palm of their hand even more compelling.
Being connected via the phone to practically everyone and everything we value in life has become a 21st century obsession. The Economist tells us that in rich countries, market penetration rates for smartphones have reached 90 percent.
At the same time The New York Times informs us that there is an epidemic of loneliness in such countries. How can that be? Are there people who actually do not have a phone? Or even more spooky, have a phone but are still lonely?
In Britain and the United States about one in three people older than 65 live alone, reports The Times, and studies in both countries show the prevalence of loneliness among people older than 60 ranging from10 percent to 46 percent.
Statistics from 2012 show that about 20 percent of older people in Canada reported feeling lonely. But you don’t have to be old to feel isolated: in a study of 34,000 Canadian university students (who most surely had phones!) almost two thirds reported feeling “very lonely” in the past 12 months.
Nor do you have to live alone. Probably everyone has experienced feeling like an outsider at times, especially in this era of increased migration, while unhappy marriages or unfulfilled dreams bring their own sense of alienation. But living alone and being old are certainly among the things that make it more likely for someone to be caught up in what is now being called a public health crisis.
A public health crisis
“The profound effects of loneliness on health and independence are a critical public health problem,” says Dr Carla M. Perissinotto, a geriatrician at the University of California, San Francisco. “It is no longer medically or ethically acceptable to ignore adults who feel lonely and marginalised.”
A study she conducted showed that, among adults over 60, those who reported feelings of loneliness had significantly higher rates of declining mobility, difficulty in performing routine daily activities, and death during six years of follow-up. This association remained significant even after taking into account people’s age, economic status, depression and other health problems.
University of Chicago neuroscience researcher John T. Cacioppo, who studies the social nature of the human brain, puts loneliness on the same instinctive level as thirst, hunger or pain – as a survival mechanism. In an interview he says:

“One of the things that surprised me was how important loneliness proved to be. It predicted morbidity. It predicted mortality. And that shocked me. When we experimentally manipulated loneliness, we found surprising changes in the “personalities” of people. There's a lot more power to the perception of being socially isolated than any of us had thought.”

Cacioppo’s research has shown links to high blood pressure and impaired immune responses. Other research implicates loneliness in heart attacks and suicide.
In Britain, The Campaign to End Loneliness has been running for five years, backed by Age UK, local governments and the National Health Service. Fire brigades now look for signs of loneliness and isolation in homes they enter. In and around London charities run hundreds of activities each week to get people out of their homes into a social environment. Some workers visit people in their homes. At Blackpool in the northwest of England, The Silver Line Helpline provides 24-hour telephone chats.
“There’s been an explosion of public awareness here, from local authorities to the Department of Health to the media,” Paul Cann of Age UK and a founder of the Campaign to End Loneliness told The New York Times. “Loneliness has become everybody’s business.”
Everybody’s business
That is true if only because anything that increases what public health experts call “the burden of disease” in society affects the national economy – especially in welfare states like the UK where a very large proportion of citizens depend on the National Health Service.
But loneliness is “everybody’s business” in another sense as well. Doesn’t everybody have a natural duty to look after their own family members to the extent that is humanly possible?
Most of those over-60-year-olds who feel alone and depend on talking to strangers must have a son or daughter or other close relations somewhere who, even if they live at a distance, could visit them a few times a year and keep in touch at other times through, yes, phones and other devices. Truly, the worst loneliness must be to have children (or siblings) somewhere in the world that one seldom or never hears from.
Of course, being isolated may be one’s own fault – the result of cutting oneself off from family members or not bothering to make friends wherever one happens to be. Still, that does not let the rest of us off the hook; we just need to try harder with such people.
Perhaps we even have a duty to plan our lives so that we can bring ageing parents or dependent family members into our own home, or be within reasonable reach of them – on a shared basis with others in the family.
Certainly this has become more difficult in an era of small families, broken families, and the growing number of single and unsettled younger adults – although “boomerang” grand-kids may be welcome companions if they have been well brought up and do not over-stay their welcome.
There are many things beside family circumstances contributing to the loneliness epidemic, but here are just two more that seem especially significant.
Less individualism, more religion
The first is the individualism that makes “independence” the highest virtue and an excuse for not getting involved in the lives of needy people. The reality of human life is interdependence, and at times we will find others more dependent on us than we are on them – as when raising children or caring for the elderly. One of the main arguments for euthanasia is that people do not want to be dependent – even on their families – and this could become society’s “decent” option for lonely people.
The second factor is the decline of religion and church attendance, which has removed an important social as well as spiritual support for people of any age. Researchers reported from aEuropean study last year that joining a religious organisation was more beneficial to mental health than joining charity, sport, education or political groups for a sample of people over 50. Epidemiologist Dr Mauricio Avendano, one of the authors of the report, noted:

“The church appears to play a very important social role in keeping depression at bay and also as a coping mechanism during periods of illness in later life. It is not clear to us how much this is about religion per se, or whether it may be about the sense of belonging and not being socially isolated.”

Religion per se really should be a remedy for loneliness, however, since in the case of the Christian faith at least, it teaches us that even if we don’t have a loving son on earth we have a loving Father in heaven. But it also teaches us how to be loving sons and daughters, brothers and sisters, mothers and fathers, so that no-one ever feels abandoned.
It is great that there are public initiatives to “end loneliness”, but nothing can replace having someone of your own who really cares about you. If people are missing out on this in large numbers we have a cultural crisis on our hands, not just a health crisis. We need to stop looking at our phones and go and visit the people who are longing to see us.
Carolyn Moynihan is deputy editor of MercatorNet.

Despite the fact that we are more connected that ever, loneliness has become a major public health issue in the developed world, Carolyn Moynihan reports in today's selection of articles. In Britain and the US about one in three people over 65 live alone and studies in both countries show the prevalence of loneliness among people over 60 ranging from 10 to 46 percent.
Loneliness predicts how long you will live and how sick you will be. In Britain, a charity called The Campaign to End Loneliness has developed something called a "loneliness heat map" to identify all the Eleanor Rigbys. It has found that two-fifths of all older people (3.9 million people) say that television is now their main source of company.
This is one of the few major health problems that we can all do something about: why don't we all resolve to visit the lonely elderly more often?

MercatorNet: All the lonely people - have they no one of their own?
Publicado por salud equitativa en 7:30