Not all Africans are “indigenous”. In fact, most are not 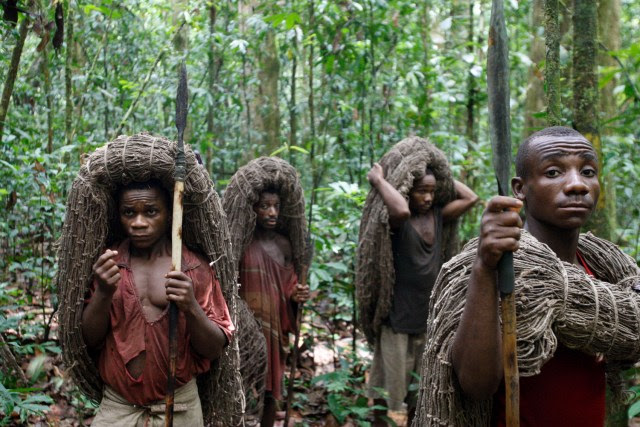 Mbuti pygmy men in the Congo forest carry hunting nets and spears as they await the start of the day's hunt / AP
Africa has been home to humans ever since the very beginning of Homo sapiens. But its modern demographic make-up is very recent. Right up until European colonisation, hordes of tribes were still seeking homelands across this vast plateau. America was settled by Europeans and won its independence before many African tribes had settled in their current homelands.
Just like in the Americas, migrating tribes did not move into entirely unoccupied lands. Large parts of Africa were the haunts of wandering hunter-gatherer tribes living in intimate connection with nature. From the pygmies of the Congo to the San of the Kalahari, these tribes were also much older than the Bantus, Nilotes, Cushites and other newcomers.
And, just as often happens when an incoming group of humans finds itself to be much more advanced on a technological and civilizational level than the natives, these newcomers held themselves to be superior to the aboriginals, with deadly consequences. That they were visibly different (smaller in stature in most cases) did not make things any the easier for the natives.
To this day, in the Republic of Congo, pygmies live as perpetual slaves to Bantu masters. The pygmies of the Democratic Republic of the Congo are unable to access education and proper jobs even when they want to for fear of discrimination. Countless numbers of them have been killed by warring groups in the regions many conflicts, ostensibly because killing a Pygmy confers magical powers in battle. Many have been eaten. Historically, Pygmy children were abducted anddisplayed in zoos like common animals in Europe and the US.
The story of Isaac Bachirongo, a BaTembo Pygmy from the DRC whose autobiography Still a Pygmy was the first by a member of his tribe, is a poignant example of the sufferings of the diminutive people of the forest.
Featured on BBC’s Outlook programme recently, Isaac tells of his growing up under the scorn of the local Bantus, being mocked at school, campaigning for Pygmy rights, and almost losing his life in the early 90s during conflicts related to the Rwandan Genocide. When things became too thick, he fled to Australia as a refugee and now lives there with his wife and 10 children.
In southern Africa, the San (better known as Bushmen) who have for millennia ranged across vast drylands, have now lost much of it. They have seen their territory cut up into game reserves from which they have been expelled by coercion or force. Significant sections of this territory have also been apportioned to Bantu and, in colonial times, white agricultural settlers.
In Kenya, the Ogiek are forever in conflict with the government and private “developers” intent on expelling them from the Mau and Mt Elgon Forests. They have lived in these forests, foraging for a living, since long before there were any Bantus or Nilotes in the country. Regime after regime since and before independence has hewn off chunks of these forests from them to make way for agriculture or create forest reserves.
The situation is the same all over the continent. Indigenous people have been reviled, killed and kicked out of their ancestral lands for as long as they have had contact with Africa’s majority tribes. They have been systematically pushed to the peripheries, left to fend for themselves in lands for which no one has use. Until a use is found for it and the cycle is repeated.
Across Africa, the true natives are less and less visible each year. It is not recognised as racism. Racism is the crime of white people against blacks after all, right? No. This is a form of racism as vile as, if not more vile than, any out there. This is a serious and contentious claim to make. Not least because all Africans hold themselves to be indigenous.
For many, being black is the sole mark of being an indigenous African. But this is a ridiculous and fallacious argument. Africa is large. No ethnic group in the world is indigenous to 30.3 million km2. And Africa has thousands of tribes. What is more, some of the oldest and largest of these aren’t even black.
Colonialism probably entrenched the view that all blacks were native to their lands. This is because they all fell victim to the foreign invaders. The fight for independence became a fight for black self-rule, and rightly so. But perhaps this is the greatest injustice to the earlier natives. Even the distinction of being native is theirs no more.
The issue is so contentious that even the African Commission on Human and Peoples' Rights (ACHPR) has modified the definition of indigenous peoples to take out traditional references to aboriginality. This is because, as the International Work Group for Indigenous Affairs (IWGIA)says on its website, “it is very difficult and not very constructive to debate this in the African context.”
The new definition incudes nomadic communities like Kenya’s Maasai and West Africa’s populous Hausa-Fulani, among many others, as indigenous peoples. Nevertheless, at least it does not include every African, as many would have it do. And the ACHPR says progress has been made in the recognition and treatment of native rights. Many of the pastoralist tribes now enjoy wide-ranging privileges and political presence.
It is the hunter-gatherers, who are far fewer and more vulnerable, whose plight does not seem to be getting any better, as illustrated above and many others that will never come to light. Problem is, strictly speaking, they are the only truly indigenous people in Africa today. If progress is to be made, another change of definitions is in order.
Mathew Otieno writes from Nairobi, Kenya