Or should they try to embrace a "grey" population? 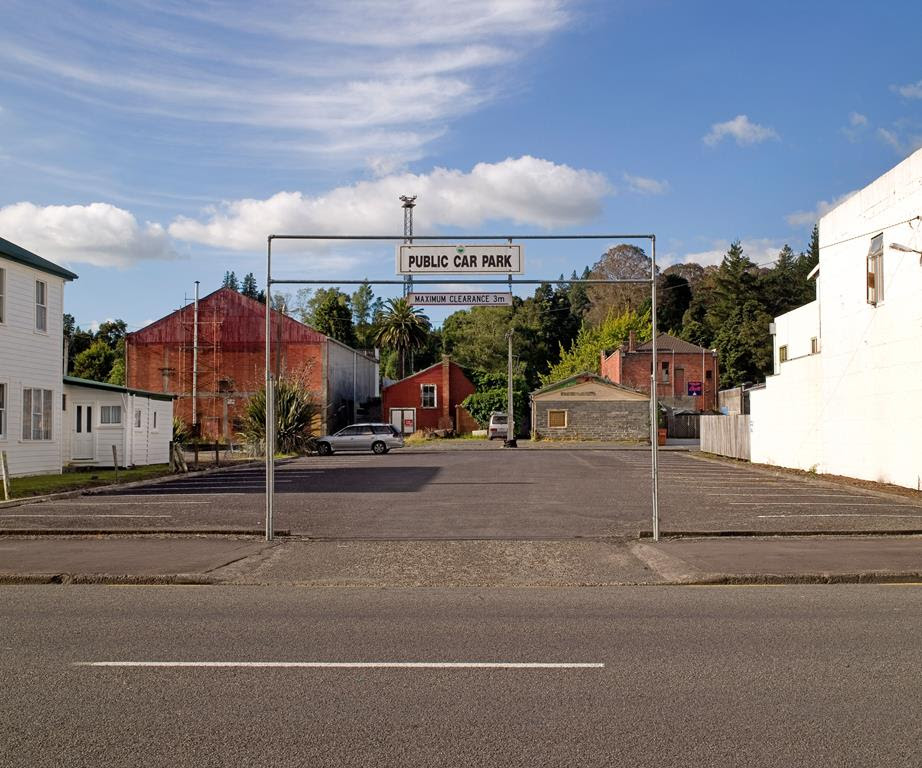 In New Zealand, there is widespread debate about the “housing crisis” in Auckland which is perhaps spreading to toher centres. This is due to a dislocation between supply and demand: there are too many people wanting to live in Auckland (and to a lesser extent, Hamilton, Tauranga and Wellington) and too few houses to cope. The crisis has been driven by the unprecedented net migration to New Zealand as fewer New Zealanders are attracted to the lucky country across the ditch, the West Island (aka Australia). In fact, the flow of migrants between the two countries is slightly in New Zealand's favour which is I think unheard of before. (It might have something to do with the fact that we don't knife our Prime Ministers like it’s the final act of Titus Andronicus.)
Whatever the causes of this crisis, there is no doubt that the regions of New Zealand are missing out to the big cities, in particular Auckland. The jobs are in largely in Auckland, the good weather is largely in Auckland, and of course, the traffic and rat race culture is largely in Auckland. Currently a third of the New Zealand population of 4.5 million lives in Auckland. (As an aside, I can't think of any other countries where one city is so predominant, apart from the city states. Can anyone else think of any? Argentina perhaps?) So I was interested to read in the weekend tabloid that there is a call from sociologist Professor Paul Spoonely that the regions in New Zealand should accept the inevitable population decrease and try to manage a “smart decline”.
Spoonley’s book Rebooting the Regions argues that those regions of New Zealand facing population decline should “accept their fate and adopt the strategies of ‘smart decline’”. What this means is that the focus of local governments should change from futile attempts at retaining young people through spending money on facilities, to investing in ways to entice the elderly. This makes sense for a couple of reasons. First, New Zealand’s population is ageing: the median age increased by over two years between the 2006 and the 2013 census. There are more elderly (and will increasingly be more elderly in the future) for rural New Zealand to attract. Second, elderly retirees are no longer tied to the “big smoke” for the purpose of work. Many retirees may see the opportunity to cash up their Auckland property and move to a smaller and slower-paced community attractive. Third, retirees create demand, especially those who have managed to unlock the capital in their expensive Auckland properties. Aside from patronising restaurants, cinemas, cafes etc they also attract health services. The town of Kawerau [a mill town in the Bay of Plenty, about 60km east of the tourist town of Rotorua] now has more doctors in its decline than it had when it was thriving.
So how can communities manage this “smart decline”? By beautifying their appearance for a start. For example:
“Spoonley mentions that Ruapehu District Council is asking Taumarunui [a main trunk line town in the central North Island, about 50km West of lake Taupo, population 4,500] residents for their views on a scheme for improving its main street which is spoiled by closed shops. It may bring the remaining shops closer together and do something with the green spaces left.”
While many the natural environment surrounding small town New Zealand is generally pretty and green, small farm service towns were often built for utilitarian purposes. As the Herald notes:
“Farm service towns had no need to worry about their appearance in their heyday and have not done much about it in their decline.”
If managed properly, a “smart decline” might solve a number of problems in New Zealand as a whole. Perhaps other countries facing urbanisation and an ageing population and declining regions might also consider something similar?

We have quite a feast of articles to end the week. A couple of highlights: In a very thoughtful article British ethicist David Jones looks back on the Paralympics and discusses an issue raised by Belgian medal-winner Marieke Vervoort with her support for euthanasia: does Belgium’s willingness to hasten death account, in part, for its rather muted support for Paralympians compared with Britain’s?
Also on end-of-life issues, Michael Cook highlights the beautiful testimony of a senior editor at The Washington Post on caring for her husband as he died of cancer: “It was the best seven months of my life,” says Tracy Grant. (Video and article link.)
Michael’s post earlier in the week on sabotage of a new Australian book by David van Gend on same-sex marriage has drawn so many fiery comments (259 at last count) that we have given the opponents of free speech another target: a review of Dr van Gend’s book by Campbell Markham.
And for something completely different, try Mathew Otieno’s piece about Kenya’s indie computer games, feeding a market that is as insatiable as anywhere in the world, it seems. For all the Western hand-wringing about Africa, it often sounds very much like one’s own neighbourhood.