But don’t hold your breath and wait for reforms 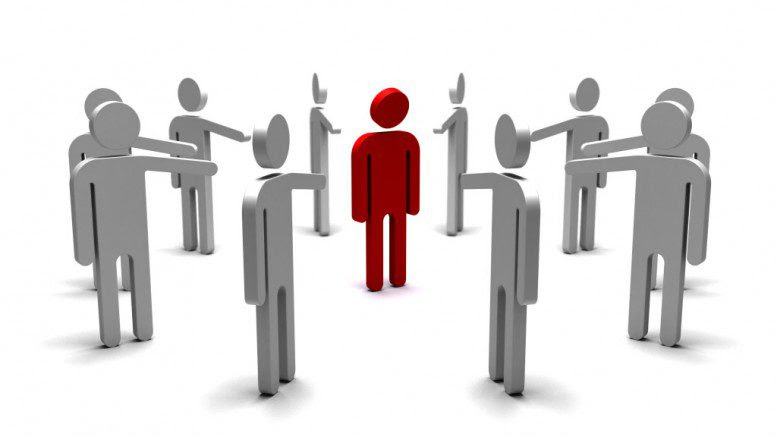 If you thought that the progressive bias in social sciences was considered a problem only by tradition-minded folk, you might be surprised to hear the views of celebrity skeptic, Michael Shermer in Scientific American earlier this year:

A 2015 study by psychologist José Duarte, then at Arizona State University, and his colleagues in Behavioral and Brain Sciences, entitled “Political Diversity Will Improve Social Psychological Science,” found that 58 to 66 percent of social scientists are liberal and only 5 to 8 percent conservative and that there are eight Democrats for every Republican.
How does this political asymmetry corrupt social science? It begins with what subjects are studied and the descriptive language employed.
Duarte et al. find similar distortive language across the social sciences, where, for instance, certain words are used to suggest pernicious motives when confronting contradictory evidence—“deny,” “legitimize,” “rationalize,” “justify,” “defend,” “trivialize”—with conservatives as examples, as if liberals are always objective and rational.

If activists—any activists, regardless of their political orientation or the rightness of their cause—get to decide by fiat what is and isn’t an acceptable interpretation of the world, then science is pointless, and we should just throw the whole damn thing out.

From a more tradition-minded perspective, Salvo reported in January,

A survey from the Higher Education Research Institute at UCLA shows a 20 percent jump in the number of professors who identify as liberal over the past twenty-five years. In 2014, for example, 60 percent of professors identified themselves as either "liberal" or "far left." In 1990, the number was 42 percent.
Matthew Woessner, an associate professor of political science and public policy at Penn State Harrisburg told The Daily Signal that this shift goes beyond that of the general public, including students. According to a recent Gallup poll, 38 percent of Americans identify as conservative, while only 24 percent call themselves liberal.
In 2014, college professors were 30 percent more likely to identify as liberal then college freshmen. In 1990 the difference was only 16 percent.

In short, if anyone tells you that there is no broad consensus that social science is in deep trouble because of progressive bias, you can assume that they haven’t been keeping up with the stats.
Unfortunately, when asked to reform by adding diverse voices, social scientists opt for any strategy other than inclusiveness, almost as if they were old-fashioned segregationists. That is, they want to “subtract out bias” all on their own, without adding new voices. Of course, if that had worked, they could have done it decades ago.
Part of the problem, as the Regnerus controversy demonstrated, is that so many of their beliefs conflict not so much with tradition as with reality. Commentator Jonah Goldberg notes that much new evidence has come to light since the Regnerus controversy that shows that family structure matters:

Princeton University and the left-of-center Brookings Institution released a study that reported "most scholars now agree that children raised by two biological parents in a stable marriage do better than children in other family forms across a wide range of outcomes."
Another study … found that states with more married parents do better on a broad range of economic indicators, including upward mobility for poor children and lower rates of child poverty. On most economic indicators, the Washington Post summarized, "the share of parents who are married in a state is a better predictor of that state's economic health than the racial composition and educational attainment of the state's residents."

But when an academic discipline is in thrall to a political program like progressivism, realities cease to matter for many in the field. The goal becomes to close ranks to defend their thesis against reality. And politicians depend on social scientists for public policy advice. Ominously, traditional families’ resistance to the policy changes fuelled by such studies attracts hostility precisely when those families are more successful than others. They would not attract such hostility if they were abject failures in need of help.
The outcome of many decades of the current approach is not a pretty picture. Here are just two highlights:
– The “replication” crisis. If a study reports interesting results, what should happen is that other researchers try to repeat them. But that rarely happens. Replication studies are not cool and do not get funded. Instead, the conclusions of a study that supports the dominant view are often just adopted as fact and sometime emerge as policy. Discover Mag reported just this month,

For more than 50 years, psychologists have worried about the robustness of research in their field. … Last year, psychologist Brian Nosek led a consortium of nearly 300 scientists who published the first attempt to estimate the reproducibility rate in psychology by redoing 98 recent studies. The scientists couldn’t reproduce the initial results about 60 percent … "More

But in an age of diminishing academic freedom, few dare attempt such replications in the face of a massive hostile consensus.
– The practices used to sideline critics, absent replication studies, can produce even darker results. Christopher Ferguson recently noted in Chronicle Review the attempt to change the American Psychological Association’s ethics code, so as to give psychologists justification for participating in interrogations involving torture.

The APA created ethics tasks forces composed of members who had interests that would incline them to back the military's interrogation practices. Critics of the association's policy were not consulted. The APA appears to have crafted a corrupted “consensus” by excluding those who might disagree. … This case is a particularly disturbing example of a problem throughout the social sciences: the crafting of false consensus statements to promote ideological or political goals. False consensus does great, sometimes irreparable, damage to science.

As he says, “Rallying toward consensus usually reflects not the strength of an argument but its weakness."
So what should you do if you are stuck in a social sciences course that sounds like propaganda for progressivism?
First, here’s what not to do: These days, it is dangerous to just challenge the dogma, however politely. The University of Chicago’s recent stand against the shutdown of intellectual freedom on campus is a lone gesture, received with hostility. Don’t expect it to affect your campus any time soon. Best you read Greg Lukianoff’s Unlearning Liberty before you attempt to inform anyone other than yourself of fact-based positions.
But you can inform yourself! Much responsible information challenging dogma is free online. For example, Mark Regnerus’s New Family Structures Study and Paul McHugh’s study of dismal transgender mental health are both free online.
Second, as we might expect from the broad base of critiques, some scholars are concerned about the problem. You may be able to find such a scholar on campus who could act as a mentor in guiding your reading. Be thankful that we are all still free to seek facts on our own.
See also:
Part I: What’s wrong with social science today? Did it all begin with Margaret Mead's giddy portrait of guilt-free promiscuity in the 1920s?
Part II: How did UTexas sociologist Mark Regnerus get to be so hated? A study of gay parenting exploded when it hit the media
And my Back to school briefing: Seven myths of social psychology
Denyse O’Leary is a Canadian journalist, author, and blogger, and co-author of The Spiritual Brain.

One of the recurring themes in MercatorNet is the need for caution in using technology. We create it to extend our human powers, but unless we use it responsibly and ethically, it can backfire. A clear example of this is IVF. Millions of children have been conceived with IVF around the world -- without much consideration having been given to its ethical complications.
And it turns out that not much consideration has been given to the consequences for children's health as well. In one of today's articles we report that IVF doctors themselves are concerned both that IVF is spreading infertility in society and that there could be an epidemic of chronic disease when these children reach middle age. the doctors themselves write:
“It is our opinion that IVF should be seen as a primary example of how the human species is becoming not only culturally —but also biologically— dependent on our own technology.”