The state is taking healthcare | The Indian Express

The state is taking healthcare | The Indian Express 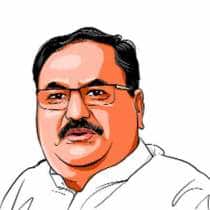 NHPM will ensure medical emergencies do not result in people falling into poverty
J.P. Nadda

The state is taking healthcare 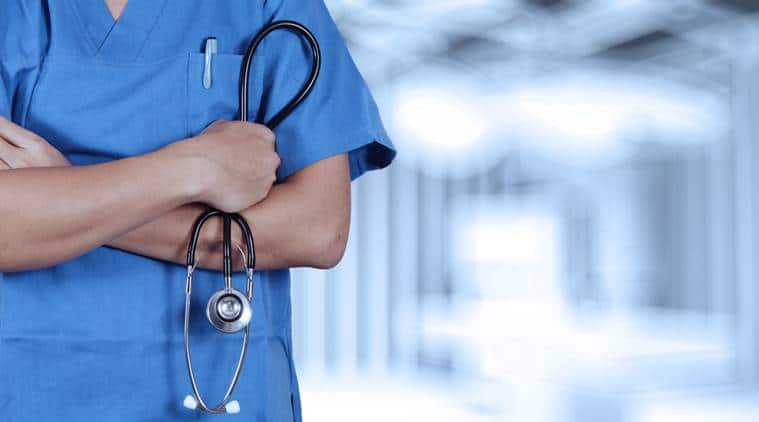 The inability to afford treatment is the leading cause for people not seeking medical care.
The government has carried out several reforms in healthcare. It assigns the highest priority to people’s health and is also alive to the country’s obligation under the Sustainable Development Goals (SDGs). A series of steps have been taken under the leadership of Prime Minister Narendra Modi to reform the country’s healthcare. These include the formulation of the National Health Policy, 2017, enforcing a ceiling on the prices of cardiac stents and knee implants, financial aid to expecting mothers and a renewed focus on nutrition. The Ayushman Bharat (AB) Scheme is the most significant of these programmes.
Under the aegis of AB, the National Health Protection Mission (NHPM) is envisaged as a game-changer for India’s healthcare system. It will add weight to the government’s healthcare reforms and help it fulfill the country’s SDG commitments.
AB-NHPM intends to cover more than 50 crore people, which includes hospitalisation expenses for nearly 1,350 conditions over 23 clinical specialties. The beneficiaries are entitled to a premium of up to Rs 5 lakh per annum in any empaneled hospital. They need not pay for pre- or post-hospitalisation expenses.
India bears a triple burden of disease: It has an unfinished agenda of eradicating communicable diseases, it is battling a growing number of non-communicable diseases and road accidents lead to large number of deaths and grievous injuries every year. Non-communicable diseases and traffic deaths alone cost the country 6.5 per cent of its GDP — a huge cost indeed.
The inability to afford treatment is the leading cause for people not seeking medical care. Currently, out-of-pocket expenditure constitutes 62 per cent of the healthcare spending of families in the country — most times, they have to dig into their savings or even take loans. Catastrophic expenditure (when a household spends more than 40 per cent of its income on health) is a major cause of impoverishment in India and every year, this pushes around 63 million people below the poverty line. Young lives are often lost for the want of treatment to easily curable conditions. In such cases, the suffering continues years after the loss. The treatment of severe health conditions can wreak havoc on families but even common diseases like dengue, malaria or broken bones can result in a financial shock to many households.
On an average, an Indian family spends Rs 22,000 a year on hospitalisation in a private hospital. But in case of expensive treatments for diseases such as cancer, heart ailments and organ failures, most families have to borrow money. A benefit cover of Rs 5 lakh per annum, ensures that even these conditions are covered.
As AB-NHPM shall take care of the affordability of healthcare, the demand for such care is expected to go up. The country’s healthcare infrastructure is limited and is skewed towards the urban areas. AB-NHPM will procure secondary and tertiary care services from both the private and public sectors.
The role of the private sector is critical because of its size and widespread presence. At present, 70 per cent of illness episodes are treated in private institutions. The sector can attempt to capture the opportunity in un-served rural areas. This will improve the accessibility of healthcare services for the country’s rural population. The hospitals shall be paid at a pre-agreed rate, leaving them no scope to raise prices or overcharge. Together with state schemes, AB-NHPM will cover a large chunk of the population. It will behave like a monopsony and as a result, control the prices and quality of healthcare.
The public sector will have a golden opportunity to improve its services and compete with the private sector. The government has approved 24 new medical colleges at the district-level and ratified the upgradation of public hospitals and new tertiary care facilities, including six AIIMS. A public hospital will retain the money it earns through AB-NHPM. These hospitals have also benefited under the Rashtriya Swasthya Bima Yojana and state health insurance schemes. Hospitals in many states used this additional revenue to improve their infrastructure and services. There are numerous stories about the success of public hospitals. AB-NHPM could spur them on to even greater achievements.
We cannot, however, underestimate the challenges. The unprecedented scale of the scheme is a big challenge. Health insurance schemes are operational in 24 states and UTs. The coverage and scope of benefits under these schemes differ widely. AB-NHPM has evolved a structure that accommodates the unique features of state schemes while also providing flexibility to states to exercise their choice on the mode of implementation. It will merge the existing schemes into one large pool, remove inefficiencies and bring in economies of scale. The states must own the scheme while the Centre is committed to offer all possible help to overcome challenges. It has already signed MoUs with 20 states/UTs for implementation of AB-NHPM. These MoUs provide the basis for launch of the scheme in the states/UTs and also detail the roles and responsibilities of the two stakeholders.
The government is earnestly fulfilling its health-related commitments. We want to ensure that all the health-related initiatives not only achieve their stated objectives but also contribute to the nation’s growth and prosperity. The prime minister wants to ensure that the real benefit of development, especially in matters related to health, reaches all sections of the society. AB-NHPM is a right step in this direction.
The writer is Union Minister of Health and Family Welfare
For all the latest Opinion News, download Indian Express App
More From J.P. Nadda