The darkest hour | The Indian Express

The darkest hour | The Indian Express 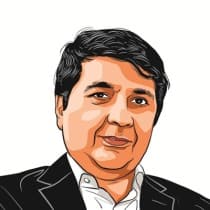 Emergency was an attack on democracy. Let’s not evoke it lightly
Maneck Davar

Emergency was an attack on democracy. Let’s not evoke it lightly Former Prime Minister Indira Gandhi.
To compare any political period or dispensation, even that of Narendra Modi by his worst critics, to the Emergency of Indira Gandhi is to trivialise the import of the Emergency and its far-reaching consequences for the rule of law and individual rights and freedoms, including the basic one to life. The onslaught on the Constitution to project a personal ideology of misplaced socialism and to her personal self by Mrs Gandhi was without regard to and without the semblance of any democratic propriety. Every institution of the state was brought to its knees — the legislative, because all the political opposition was behind bars; the executive was made toothless and impotent and the judiciary subverted by the doctrine of being committed to a certain ideology and the fear of incarceration. It would not be hyperbole to say that this was the darkest hour for a nascent democracy.
This darkness would have continued had Mrs Gandhi not been sensitive to foreign opinion and the generational links to her father, the democrat Jawaharlal Nehru. Also, the reports of the Intelligence Bureau predicted a win for her — and her IB would not have dared to give her a negative prognosis. Even when elections were announced and Opposition leaders released from prison, there was a general air of despondency and defeat. There was too little time and no resources to mount an effective challenge. The tide, however, turned at least north of the Vindhyas and the effects of forced sterilisation, the imprisoning of over 1,00,000 political opponents, torture — all combined to dislodge an unpopular regime.
The absolute horror of the Emergency regime was encapsulated in the exchange between Justice H R Khanna, the sole dissenting voice, and the then Attorney General of India, Niren De, in the Habeas Corpus case. Nine high courts had held that a person could challenge his/her detention even after the declaration of Emergency. The Supreme Court, with A N Ray, Mrs Gandhi’s personal nominee as chief justice who had superseded the three senior-most judges, upheld Mrs Gandhi’s doctrine of a “committed judiciary”. All his brother judges on the Bench, with the exception of Khanna, upheld the state’s power to detain without reason, suspend personal liberties, and even deprive citizens of the Right to Life.
To Justice Khanna’s defence of the Right to Life, the then AG responded: “Even if life was taken away illegally, Courts will be helpless”. There certainly has never been a period hence, nor will there ever be in India, when the individual’s Right to Life cannot be justiciable.
Did the judiciary cover itself in any glory during this period? Yes, there were beacons like Khanna and a few independent judges in the high courts. But the institution was brought to its knees with the willing collaboration of some like the then chief justice.
If ever there was an occasion for the judiciary to hold a press conference to express its anguish and concern, it was then. Did it happen? Unfortunately not. There was also no press to cover this — the media was under heavy censorship and every news item had to be submitted to the government censor before publication.
This is not an indictment of the judiciary. But that the bulwark against political excesses was reduced to such a pathetic cypher, as were all other institutions including the print media, indicates the extent of the damage done to our polity by one individual’s instinct for self-preservation.
What we must realise is that every political regime, be it the UPA or NDA, has sought to control and retain power over the media and other institutions. This is a natural corollary of power and of the mandate of the people. This government has an individual mandate, in that the BJP can form the government on its own, the first time this has happened in three decades. The speeches and actions of its ideological adherents outside the government are not necessarily its own policy, especially when it categorically distances itself from these.
And finally, at the end of every dark period, there is light. In politics and governance, it is the will of the people.
Mrs Gandhi learnt this the hard way.
The writer, as a student, worked for the Janata Party in the 1977 elections that followed the Emergency
For all the latest Opinion News, download Indian Express App
Publicado por salud equitativa en 5:15