The government is specifically concerned over the USD 57-billion China-Pakistan Economic Corridor (CPEC) that passes through the Pakistan-Occupied-Kashmir and is fully funded by Beijing under the OBOR. 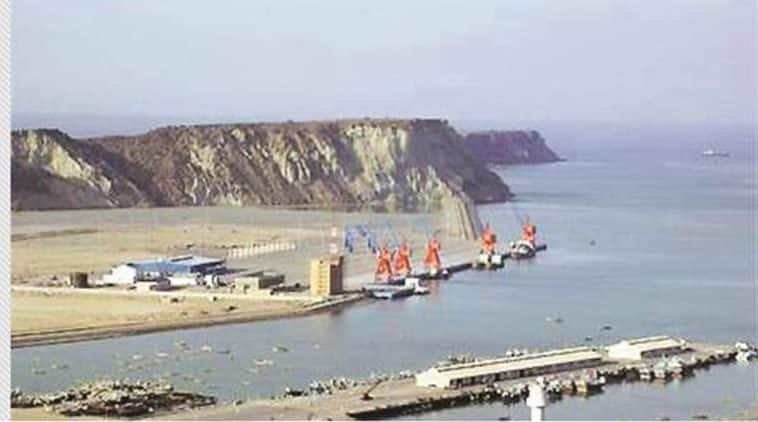 China is the largest shareholder of AIIB with a 31 per cent holding, while India is the second largest with over 8 per cent holding. (File photo)
India continues to oppose the China Pakistan Economic Corridor (CPEC), a part of Beijing’s One Belt One Road (OBOR) initiative, as it “encroaches” on sovereignty and territorial integrity, a senior government official has said. “We have a problem there. We have a problem with CPEC, our problems are well known because it completely encroaches on our sovereignty and territorial integrity. And that is not acceptable,” the official told PTI, requesting anonymity.
“We have to keep making them aware that this is a sensitive issue…there are sensitivities and you can’t be insensitive to somebody’s core concerns and we will articulate it,” the official added.
1m 20s

India is the most dangerous place for women, survey shows
India is listed as the most dangerous country for women because of the increasing sexual and physical abuse. Even though Indian authorities have been trying to deal with the issue, the number of assaults targeting women is still increasing.
Asked about the country’s stance at the Asian Infrastructure Investment Bank (AIIB) on lending to OBOR projects , the official claimed that New Delhi’s posturing gives a “balance” at the multilateral bank. “Our perspective gets a balance….otherwise it will be tilted too much one way,” the official said.
China is the largest shareholder of AIIB with a 31 per cent holding, while India is the second largest with over 8 per cent holding. In the last two years, India has been the biggest beneficiary of AIIB’s activities, with over USD 1.6 billion being committed across seven projects.
On India’s stance on funding for projects at the AIIB, the official said we will not “shy away” from funding. When asked about engagements like the one at the Shanghai Cooperation Organisation (SCO) recently, the official said, “There are areas where there is immense scope for collaboration, we will continue to work.”
The comments from the official came after AIIB president Jin Liqun yesterday made a mention about China’s Belt and Road Initiative in the presence of Prime Minister Narendra Modi. “It is an invitation by China to other sovereign nations and multilateral partners to cooperate and collaborate in line with the principles of broad consultation, joint contribution and shared benefits,” he said.
AIIB will “promote co-operation” in all such areas provided the projects meet the bank’s expectations of high standards, he added. The multilateral development bank concluded a two-day annual meeting of its highest decision making body, the board of governors, in the financial capital yesterday. There was intense speculation on India’s stance on the OBOR in the run up to the event.
On the eve of the meeting, a senior bureaucrat had been guarded in his response on the issue, while on Monday, Finance Minister Piyush Goyal had said that we should not worry about the projects which AIIB may finance, but should rather focus on how we can benefit from its lending. “I think we should look at what we can do and what we can benefit from engagements (with AIIB) rather than focusing on what they should be not doing,” Goyal had said.
The multi-billion-dollar initiative by Beijing aims at building transcontinental roads, railhead and ports linking Asia with Europe. Delhi has gone public with its concerns on Beijing’s strategic initiative at various international fora over the past two years. So far, no project lending proposal linked to the OBOR has come up for funding before the AIIB, economic affairs secretary S C Garg had said on Monday.
The government is specifically concerned over the USD 57-billion China-Pakistan Economic Corridor (CPEC) that passes through the Pakistan-Occupied-Kashmir and is fully funded by Beijing under the OBOR. “The AIIB is a multilateral development bank. It is as much an Indian bank as it is a Chinese or British bank,” AIIB vice-president Sir Danny Alexander had said.
He had further said no project would be financed unless it meets the laid-down principles which are created by all AIIB member-countries and that the approval of the board is necessary for any funding.
When asked specifically if AIIB is sympathetic to Indian concerns over the CPEC, he said, “Our bank is apolitical. We don’t comment on the internal affairs of any member-country, be it India or anybody else. What drives our investments is projects, not politics.”
For all the latest World News, download Indian Express App
Publicado por salud equitativa en 5:44