On Supreme Court's direction, the government had constituted a Special Investigation Team (SIT) to probe cases of alleged black money of Indians, including funds stashed abroad in places like Switzerland. 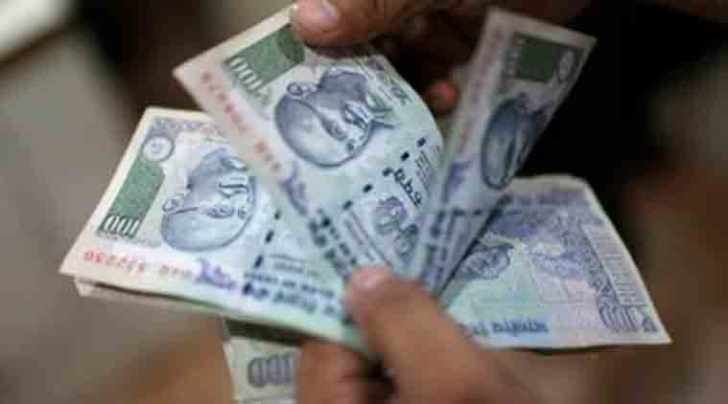 There were several rounds of discussions between Indian and Swiss government officials on the new framework and also for expediting the pending information requests about suspected illicit accounts of Indians in Swiss banks.
Reversing a downward trend amid government’s clampdown on black money, money stashed by Indians in Swiss banks rose over 50 per cent to CHF 1.01 billion (Rs 7,000 crore) in 2017, according to the official annual data released by Swiss National Bank on Thursday. The data shows that total funds held by all foreign clients of Swiss banks rose about 3 per cent to CHF 1.46 trillion or about Rs 100 lakh crore in 2017.
The Indian money in Swiss banks had fallen by 45 per cent in 2016, marking their biggest ever yearly plunge, to CHF 676 million (about Rs 4,500 crore) — the lowest ever since the European nation began making the data public in 1987. On Supreme Court’s direction, the government had constituted a Special Investigation Team (SIT) to probe cases of alleged black money of Indians, including funds stashed abroad in places like Switzerland.
According to the SNB data, the total funds held by Indians directly with Swiss banks rose to 999 million Swiss franc (Rs 6,891 crore) in 2017, while the same held through fiduciaries or wealth managers increased to CHF 16.2 million (Rs 112 crore). These figures stood at CHF 664.8 million and CHF 11 million, respectively, at the end of 2016.
As per the latest data, the Indian money in Swiss banks included CHF 464 million (Rs 3,200 crore) in the form of customer deposits, CHF 152 million (Rs 1,050 crore) through other banks and CHF 383 million (Rs 2,640 crore) as ‘other liabilities’ such as securities at the end of 2017.
The funds under all three heads have risen sharply, as against a huge plunge across all categories in the previous year, the SNB data showed. The funds held through fiduciaries alone used to be in billions till 2007 but began falling after that amid fears of regulatory crackdown.
The total funds held by Indians with Swiss banks stood at a record high of CHF 6.5 billion (Rs 23,000 crore) at 2006-end, but came down to nearly one-tenth of that level in about a decade.
Since those record levels, this is only the third time when there has been a rise in Indians’ money in Swiss banks — in 2011 (12 per cent), 2013 (43 per cent) and now in 2017 by 50.2 per cent — the maximum increase since 56 per cent way back in 2004.
While Switzerland has already begun sharing foreign client details on evidence of wrongdoing provided by India and some other countries, it has agreed to further expand its cooperation on India’s fight against black money with a new pact for automatic information exchange.
There were several rounds of discussions between Indian and Swiss government officials on the new framework and also for expediting the pending information requests about suspected illicit accounts of Indians in Swiss banks.
The funds, described by SNB as ‘liabilities’ of Swiss banks or ‘amounts due to’ their clients, are the official figures disclosed by the Swiss authorities and do not indicate to the quantum of the much-debated alleged black money held by Indians there.
SNB’s official figures also do not include the money that Indians, NRIs or others might have in Swiss banks in the names of entities from different countries.
Amid a decline seen in Indian money over the previous three years, there was a view that Indians who had allegedly parked their illicit money in Swiss banks in the past may have shifted the funds to other locations after a global crackdown began on the mighty banking secrecy practices in Switzerland.
Swiss banks have earlier said Indians have “few deposits” in Swiss banks compared to other global financial hubs like Singapore and Hong Kong amid stepped-up efforts to check the black money menace.
A number of strategies were deployed by the government to combat the stash-funds menace, in both overseas and domestic domain, which included enactment of a new law, amendments in the Anti-Money Laundering Act and compliance windows for people to declare their hidden assets.
The Tax department had detected suspected black money running into thousands of crores of rupees post investigations on global leaks about Indians stashing funds abroad and has launched prosecution against hundreds of them, including those with accounts in the Geneva branch of HSBC.
The issue of black money has always been a matter of big debate in India and Switzerland has been long perceived as one of the safest havens for such funds.
(With PTI inputs)
For all the latest India News, download Indian Express App
Publicado por salud equitativa en 8:56