Far from being alienated by it, people of Kashmir have welcomed Governor’s Rule
Jagmohan

Far from being alienated by it, people of Kashmir have welcomed Governor’s Rule 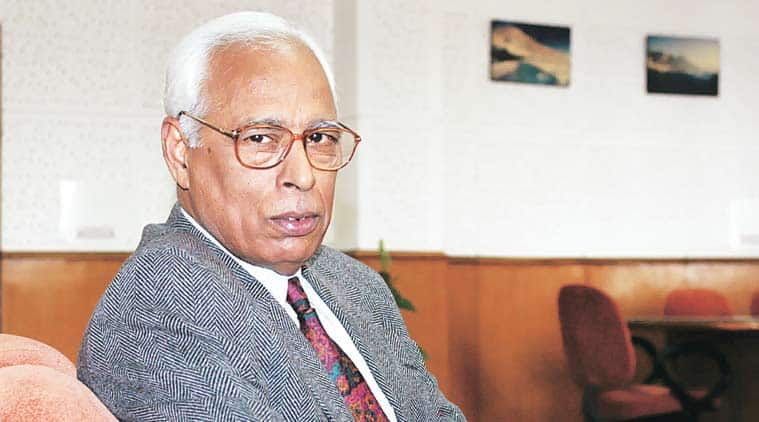 Jammu and Kashmir Governor NN Vohra
In his article titled ‘A betrayal in the Valley’, Firdous Tak has remarked: “Every time Governor’s Rule has been imposed in J & K, the situation has worsened, alienation has grown”. This is an instance of fiddling with the truths of Kashmir’s history.
At the end of the Governor’s Rule and the swearing in of Farooq Abdullah on November 7, 1986, the latter had said before a sizeable gathering of dignitaries and journalists: “Governor Sahib, we would need you very badly. It is, indeed, amazing that such remarkable work could be done by you in a short time through an imbecile and faction-ridden bureaucracy. If today three ballot boxes are kept, one for the National Conference, one for the Congress and one for you, your ballot box would be full while the other two ballot boxes would be empty.” For all this, records of television and radio exist.
When I demitted office as Governor of Jammu and Kashmir, after the completion of my first five-year term, both the national and local press and also a number of eminent political analysts made highly appreciative comments on the footprints that I left behind. A few of these comments may be recalled here as examples.
V N Narayanan, then editor-in-chief of The Tribune, after touring the Valley for three days in June 1989, wrote three articles on “J&K Today”. In the last article, Narayanan said: “Out of curiosity I put the question to everybody I met in Srinagar, Anantnag and Pahalgam recently: ‘Who do you think would give the best government to the state?’ It was not a surprise that without exception the answer was: ‘The governor’. ‘Any governor?’ ‘No, the present governor — Jagmohan’.”
In its issue of April 6, 1989, The Hindu reported: “In fact, a large number of youth indicated that they would be more than satisfied if the governor, Jagmohan, was once again allowed to take over the administration.” Nikhil Chakravarty wrote on October 30, 1988: “One finds common people in many parts of the Valley getting bitterly disenchanted with the chief minister, in contrast praising Jagmohan’s period of Governor’s Rule.”
This is what A N Dar, then editor of the National Herald, observed in his article of April 1989, titled ‘What is wrong in Kashmir’: “Jagmohan showed that it was possible to win the goodwill of the people through fair-minded, selfless and effective administration. Even the fundamentalists and the anti-nationals accepted that he was fair and efficient.”
The widely circulated Urdu daily of Kashmir, Srinagar Times, in its July 8, 1988 issue, editorially commented: “What Governor Jagmohan did during the Governor’s Rule, to set right the deteriorating conditions in the Valley and improve its environment would never be forgotten by the people of Kashmir.”
There are a plethora of contemporaneous records which have been duly cited in my book, Frozen Turbulence in Kashmir, but which have become a victim of either of lazy scholarship or of the intentional suppression of documented facts. And herein lies one of the basic reasons for the continued tragedy of Kashmir. All along, the truth has received grievous wounds in Kashmir. It is time that a healing touch is imparted to these wounds too.
The writer is a former Governor of Jammu and Kashmir and was a Union minister
For all the latest Opinion News, download Indian Express App
Publicado por salud equitativa en 8:45