A perverse comparison | The Indian Express

A perverse comparison | The Indian Express 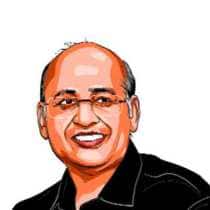 Indira Gandhi made mistakes. But equating her with Hitler speaks of disturbing motives
Abhishek Singhvi

Indira Gandhi made mistakes. But equating her with Hitler speaks of disturbing motives. 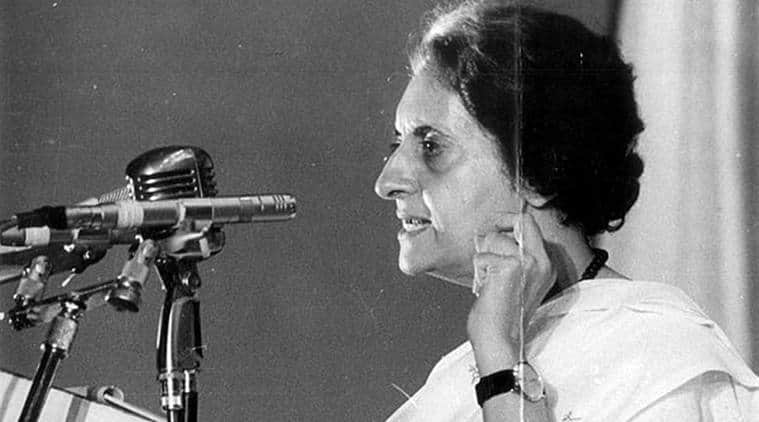 Former Prime Minister Indira Gandhi. (Express archive photo)
When criticism becomes perverse and hyperbolic, people start attributing motives. When persons who like to be seen as balanced intellectuals adopt extremist vocabulary, the questions about motives become even more strident. The Emergency has been unambiguously criticised by innumerable non-BJP, non-Congress parties. Many have used its anniversary for decades to denounce the Congress, including the high BJP dignitary who wrote the trilogy. But, pray why has no one earlier, including him, used the Hitler analogy? Certainly, wisdom like wine can mature but was it evolving maturity or instead an attempt to be more loyal than the king to curry favour with the latter? No guessing as to who the king is.
Or was it yet another Brahmastra from Nagpur and its most famous pracharak, engulfed by jobless growth, declining popularity, byelection defeats and growing disenchantment with oratorically hypnotic but empty promises, initiating a new diversionary pot boiler till 2019? Or was it an overpowering urge to exterminate any mention of the Nehru-Gandhi family, to rewrite textbooks and history as fast as possible, within the tenure of the first ever (and possibly last) BJP majority government? Or perhaps it was simply something as banal as career self-promotion? The HRD ministry should soon rewrite the chapters on Indira and Hitler, by adopting this unique agricultural cross-fertilisation of one into the other. Hitler has an equal right to feel good by being compared to the four-time PM of the world’s largest democracy.
Related News
Perhaps as the first person to write and obtain a PhD on the comparative legal aspects of “States of Emergency” decades ago, I have been more critical, in those days, of the Emergency from a dispassionate and legal standpoint, than many others. Every great person has to be seen holistically and no one suggests that Indira Gandhi was blameless. She was a product of her time, besieged frequently on several fronts. Clearly, she took some decisions for self-preservation which were wrong, even blunders (the Emergency being one of them), though, according to me, largely based on the knee-jerk and ill conceived legal advice of others.
But to extrapolate from a temporary aberration to Hitler is the product of a fertile and febrile imagination. The plain language of the trilogy suggests that Hitler is per se a bad character, as he undoubtedly was. Given the author’s distinguished career in student politics as the head of the RSS-affiliated ABVP, I wonder why for over half a century (and counting), these “felicitous” words of Guru Golwalkar and Veer Savarkar have not even been contradicted, much less castigated: “Germany has also shown how well-nigh impossible it is for races and cultures, having differences to be assimilated into one united whole, a good lesson for us in Hindustan to learn and profit by….”( Golwalkar in We and Our Nationhood Defined)
“Nazism proved undeniably the saviour of Germany…There is no reason to suppose that Hitler must be a human monster because he passes off as a Nazi… Surely Hitler knows better than Pandit Nehru does what suits Germany best.” (Savarkar)
These examples can be multiplied manifold. If alleged commissions and omissions can earn you a “Hitlerian” tag, direct written admiration of that “ hero” should land some of these icons in the dog house. But will those who are busy unveiling their portraits at temples of democracy and, at the same time hitting out at Indira Gandhi, dare to? Even hypocrisy is put to shame by such shenanigans.
Hitler’s antipathy to certain groups has more resonance now than Indira could ever dream of. Hitler exterminated six million and not even the most jaundiced mind and prejudiced heart could attribute similarities here. Innumerable world democratic leaders have had aberrations, including arrest of opposition leaders, but none have earned a Hitlerian tag. Hitler never looked back after assuming totalitarian power and poor Indira Gandhi committed the “Hitlerian” blunder of democratic accountability by suo motu calling for elections in 1977.
Indira returned democratically elected, a fourth time, a far cry from Hitler, and did not flinch when national security considerations impelled her to take the extreme steps in1984 at Amritsar, which ultimately took her life. Of her 16 years as PM, she gained less than a year on the basis of the constitutional amendment now touted as her Hitlerian route to self perpetuation. Even today, amidst the common men and women, in the remotest village and hamlet of India, no one conjures up such pride, emotion and ownership as “Indira amma”.
A declared Emergency is certainly much more accountable within legal regimes and institutional structures than the undeclared but very tangible sense of fear today. Large sections of the press reflect that foreboding. NGOs are fighting for survival. Businessmen, big and small, cringe in apprehension and talk in hushed whispers. Bureaucrats adopt the safest path of either inaction and silence or aggressive retributive governmental initiatives to curry favour. Even the higher judiciary feels the pinch but expresses much more in private (with the exception of one earlier unprecedented public outpouring). Advani ji’s famous “bend and crawl” quote has manifested itself much more now than four decades ago.
But who can help those who cannot see all this but celebrate anniversaries of an aberration and denounce a PM deceased 34 years ago? One can only ascribe it to the ostrich, to the ivory tower and to the humongous sense of insecurity of the present dispensation. After all, none have the magnanimity or the stature of a Vajpayee, who unhesitatingly called Indira “Durga” and never thought of retrospectively revoking that accolade post-Emergency.
The writer is an MP, national spokesperson of Congress and senior advocate. Views are personal
For all the latest Opinion News, download Indian Express App
More From Abhishek Singhvi