The USD 1 billion system would spot warheads on missiles headed for Hawaii and other US states, and provide that information to ground-based interceptors in Alaska designed to shoot them down. 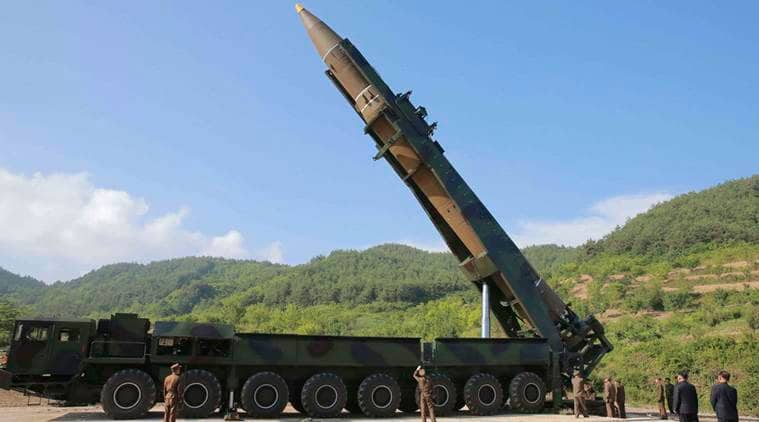 David Santoro said threats from North Korea were increasing as Pyongyang developed more sophisticated missiles and nuclear weapons.(AP/Representational Image)
The US military wants to install missile defence radar in Hawaii to identify any ballistic missiles that are fired from North Korea or elsewhere, officials said on Wednesday. The USD 1 billion system would spot warheads on missiles headed for Hawaii and other US states, and provide that information to ground-based interceptors in Alaska designed to shoot them down. It would be able to distinguish warheads from decoys that are designed to trick missile defence systems.
The radar would help give the Alaska missiles “better eyes,” said Senator Brian Schatz, a Democrat from Hawaii and a supporter of the project. So far, lawmakers have appropriated USD 61 million for planning but not funds for construction. Schatz, who serves on the defence subcommittee of the Senate Appropriations Committee, said he doesn’t have much doubt about the likelihood of follow-on funding. The radar would be about 9 to 15 meters wide and 18 to 24 meters high, according to the Missile Defence Agency.
This is a modal window.

N. Korea media says Kim and Xi talk 'true peace'
North Korea's Kim Jong Un and Chinese President Xi Jinping came to an understanding on the results of the summit between Kim and U.S. President Donald Trump in Singapore, including the denuclearization of the Korean peninsula, according to the North's state media.
It will likely to have a flat-face surface like one in Shemya, Alaska, instead of a ball-like appearance of other military radar. Experts say the larger the face, the more precisely it will be able to distinguish between warheads and decoys. The agency is studying two possible locations for the radar, both of which are on Oahu’s North Shore. It’s collecting public comment through July 16.
Schatz said lawmakers discussed the radar with the previous commander of US forces in the Pacific, Adm. Harry Harris, who recently retired and has been nominated to be the US ambassador to South Korea. “We already have robust capabilities, but working with Admiral Harris, we wanted to double down and make sure we have the most powerful combination of missile interceptors and radar systems anywhere,” Schatz said in a phone interview. The radar would help identify long-range ballistic missile threats mid-way through flight.
David Santoro, a director and senior fellow for nuclear policy at the Pacific Forum think tank in Honolulu, said threats from North Korea were increasing as Pyongyang developed more sophisticated missiles and nuclear weapons. “Over the past few weeks, we have seen a so-called peace initiative developing, but the reality is the threat is still there. It’s not going away,” Santoro said. The US would be expected to build a radar system to counter the threats, he said.
US concerns about the threat from North Korean missiles spiked last year as North Korea test-fired long-range missile over Japan and threatened to launch ballistic missiles toward the Guam, a major US military hub in the Pacific. President Donald Trump warned the US military was “locked and loaded, should North Korea act unwisely” and that the US would unleash “fire and fury” on the North if it continued to threaten America. But then Trump and North Korea’s leader, Kim Jong Un, met in Singapore earlier this month and issued a declaration agreeing to “work toward complete denuclearization of the Korean Peninsula.” The statement did not define a process, say when it would begin or say how long it might take.
For all the latest World News, download Indian Express App
Publicado por salud equitativa en 5:53