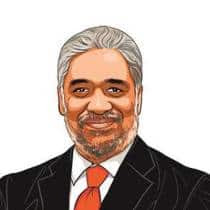 At Shangri La dialogue, New Delhi showed that it is backing up its rhetoric on Indo-Pacific with concrete action
C. Raja Mohan

At Shangri La dialogue, New Delhi showed that it is backing up its rhetoric on Indo-Pacific with concrete action. Modi was convinced quite early in his prime ministerial tenure that India must play a larger role in both the Indian and Pacific Oceans. (Source: Twitter/@narendramodi)
The Indo-Pacific as a geopolitical construct is here to stay. That is one major takeaway from this year’s Shangri La Dialogue, the annual Asian security conclave in Singapore organised by the London-based International Institute of Strategic Studies. If the US Defence Secretary General James Mattis strongly defended the proposition that India is vital to the stabilisation of the Indo-Pacific, Prime Minister Narendra Modi articulated in great detail Delhi’s own understanding of the new geography in his keynote speech.
Even more important is India’s new willingness to match the rhetoric with concrete actions. During his bilateral engagement with the leaders of Indonesia and Singapore last week, Modi laid the foundation for maritime cooperation with key littoral states that connect the Indian Ocean to the Pacific. Securing the eastern Indian Ocean in partnership with Southeast Asian littorals like Singapore, Indonesia and Thailand could be one of the important near-term Indian contributions to peace and stability in the Indo-Pacific.
Barely a day before the Shangri La Dialogue began, Washington announced that it was changing the name of the US Pacific Command into the Indo-Pacific Command. Addressing the conference, Mattis emphasised that this was a recognition of the changing regional reality and the critical role of India in shaping the future of this region. “We are looking right now at the role of the Indian Ocean, with the largest democracy in the world coming into its own with economic progress — that’s India. We need to recognise the growing significance of the Indian Ocean, the Indian Subcontinent and India itself. So, I wanted to make certain that the title reflected the reality,” Mattis said.
The region that has long called itself the “Asia Pacific” was surprised by the American use of the term “Indo-Pacific” when President Donald Trump came for the East Asia Summit last November. The National Security Strategy issued by the Trump administration last December fleshed out the concept in a little more detail. Mattis is now suggesting that the region must come to terms with the notion of Indo-Pacific.
Modi was convinced quite early in his prime ministerial tenure that India must play a larger role in both the Indian and Pacific Oceans. At Shangri La, Modi called the Indo-Pacific “a natural region” that stretches from the east coast of Africa to the west coast of America. He called the building of a “stable, secure and prosperous Indo-Pacific Region” an “important pillar” of India’s partnership with the United States. At the same time, the PM emphasised that India’s conception of Indo-Pacific is not directed against any other nation (read China, which has expressed reservations on the concept). Modi also rejected the conflation of the Indo-Pacific idea with that of the “Quad” — the forum for consultation between India, US, Japan and Australia.
As Modi put it, India does not view the vast Indo-Pacific region as a “club of limited members”. He insisted that the Indo-Pacific “stands for a free, open, inclusive region, which embraces us all in a common pursuit of progress and prosperity. It includes all nations in this geography as also others beyond who have a stake in it”.
Modi also sought to dispel the misperception among the Southeast Asian partners that India’s support for the Indo-Pacific and the participation in the Quad would undermine the ASEAN. The PM declared that Southeast Asia is the geographic core of the Indo-Pacific and that the ASEAN must remain central to the construction of any architecture for the Indo-Pacific.
It’s one thing to talk about big ideas and another to come up with specific matching actions. If Modi’s address to the Shangri La Dialogue was an occasion to lay out India’s grand strategic conception of the Indo-Pacific, his bilateral talks in Singapore and Jakarta saw the announcement of some key decisions on maritime security cooperation.
At the Shangri La Dialogue, Modi pointed to India’s expanding bilateral, trilateral and multilateral security cooperation with the maritime neighbours in Southeast Asia. Modi also referred to the joint naval exercises with Singapore that have gone on for a quarter of a century. Of special import was his announcement that India plans to conduct trilateral exercises in the near future with Singapore and other ASEAN nations.
India has also begun to look beyond joint naval exercises towards more substantive maritime cooperation. During Modi’s talks with Singapore Prime Minister Lee Hsien Loong, the two sides formalised the agreement on mutual logistics support between the two navies that was signed last November.
In Jakarta, Modi and the Indonesian president Joko Widodo unveiled a document on a shared vision for the Indo-Pacific that will facilitate exchanges between the two coast guards, maritime intelligence sharing, collaboration on disaster relief operations, and joint production of weapons. The two sides also agreed on Delhi’s participation in the development of port infrastructure in Sumatra and promoting greater connectivity between it and the Andaman and Nicobar Island chain.
Regular trilateral and plurilateral exercises in the Andaman Sea and the Malacca Straits between India and the Southeast Asian nations, greater interoperability between their naval forces, and the joint development of infrastructure across this vital maritime estate will help develop a security architecture for the eastern Indian Ocean that is at the heart of the Indo-Pacific.
The writer is director, Institute of South Asian Studies, National University of Singapore and contributing editor on international affairs for The Indian Express
For all the latest Opinion News, download Indian Express App
More From C. Raja Mohan