No Hope Of A Dialogue | The Indian Express

No Hope Of A Dialogue | The Indian Express 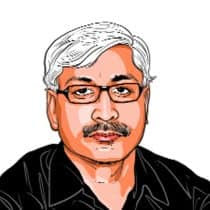 
No Hope Of A Dialogue 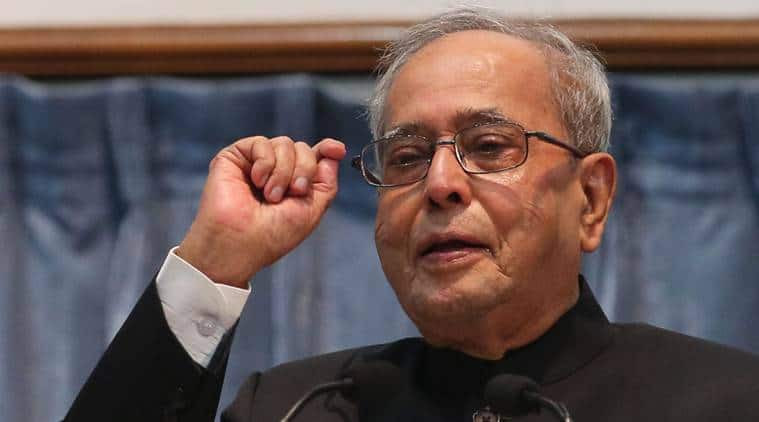 Former president Pranab Mukherjee will address an event at the RSS headquarters on June 7 (File Photo)
The hope for dialogue generated by the proposed visit of Pranab Mukherjee to the RSS headquarters, as expressed in the editorial in The Indian Express (‘Going to Nagpur’) and the oped by Sudheendra Kulkarni (‘A visit that shows the way’) is misplaced. They castigate those who disagree with Mukherjee’s acceptance of the RSS’s invitation. Their argument is that dialogue is the lifeline of democracy and a refusal to engage with your ideological adversary kills the very possibility of it.
Engagement or dialogue is a two-way process. As one of the practitioners of the art of dialogue says, the “prerequisite or, rather, ingredients of dialogue — the idea of extending your commitment enough to listen to somebody else, to listen very carefully and to not simply be waiting for a pause in which you can counteract what they have said — these are not things that people are willing to practise regularly.” While people often use the term “we need some dialogue here…” what they frequently mean is “we need a more effective method of getting our way”.
So, when you hear people from the RSS telling you that Mahatma Gandhi or Jayaprakash Narayan had returned impressed after their visits to RSS camps, you know tthey are using these visits “as (part of) a more effective method of getting their way”. There is no evidence that the RSS even cared to listen to them, forget the possibility of responding to their appeal to mend its ways.
Did the RSS even listen to Sardar Patel,who was otherwise sympathetic to them? In a letter to M S Golwalkar, Patel expresses his dismay at the obstinacy of the RSS: “You are very well aware of my views on the RSS… I had hoped that your people also would accept them. But they appear to have no effect on the RSS persons, nor was there any change in their programmes.” Accepting their right to serve Hindus, he objected to the RSS’s anti-Muslim violence: “Organising Hindus and helping them is one thing but going in for revenge for their sufferings on innocent and helpless men, women and children is quite another…”
Contrary to the claims of the RSS, Gandhi was not impressed by them. Narrating an incident following Partition, Pyarelal Nayyar said that when many people came to Gandhi praising the “efficiency, discipline, courage and capacity for hard work shown by RSS cadres at Wagah border”, Mahatma Gandhi silenced them saying, “don’t forget… so had Hitler’s Nazis and Fascists under Mussolini.”
What change could an interaction with the left and liberals bring in the RSS? Its agenda of establishing a Hindu Rashtra by completely marginalising the minorities remains in place. Scholars studying the RSS for the last 80 years tell you that it is a hydra-headed organisation, constantly creating new platforms. The RSS works mostly by stealth or informally. Even Organiser and Panchajanya, considered to be its mouthpieces, are not owned by it.
Various enquiry committees have indicted the RSS for its role in anti-Muslim violence, from Jabalpur in 1961 to the Muzaffarnagar violence in 2013. Its propaganda in the name of opposing conversion has made the persecution of Christians a daily affair. The gravest damage to the country is its production of genocidal minds through its educational institutions and activities. Studies of the Saraswati Shishu Mandirs, narratives of their ex students and disenchanted ex-RSS members and sympathisers explain how systematically an anti-minority and Brahminical mindset is forged in these factories.
How can an organisation be allowed to give its members armed training, even in the name of self-defence? It is the duty of the state to defend its people. Can private organisations have a right to use violence?
Pranab Mukherjee’s sensibilities are Gandhian. He cannot but remind the RSS of Patel’s exhortations. Fifty years hence, however, what the RSS would present would be an image an of ex-President addressing its most decorated swayamsevaks.
The writer teaches at Delhi University
For all the latest Opinion News, download Indian Express App
More From Apoorvanand 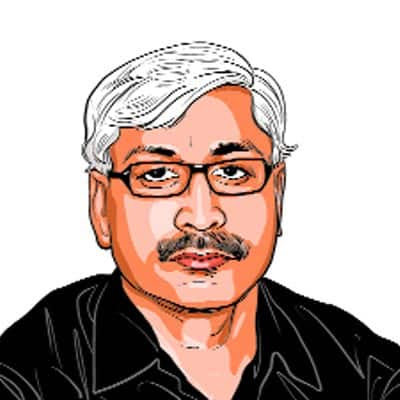