The tough austerity measures have won praise from economists and business leaders but have come as a heavy blow to poor and middle-class Egyptians. Egypt's economy is still recovering from unrest following the 2011 uprising that toppled longtime ruler Hosni Mubarak. 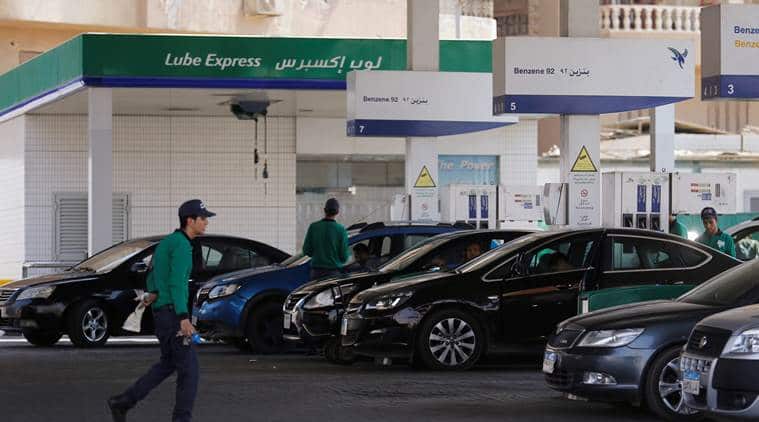 FILE PHOTO: Workers fill cars as people queue and wait in their cars at Emarat petrol stations after an increase in fuel prices in Cairo, Egypt. (Photo: Reuters)
Egypt announced Saturday steep increases in fuel and cooking gas prices as part of the country’s economic reforms and austerity measures designed to overhaul the country’s ailing economy. The new prices went into effect Saturday morning, the Ministry of Oil said in a statement.
Prices for cooking gas increased from 60 to 100 pounds (from $3.30 to $5.60) per cylinder for commercial use, a more than 60-percent increase, and from 30 to 50 pounds ($1.68 to $2.80) per cylinder for home use.
1m 7s

Muslims around the world celebrate the end of Ramadan
Muslims around the world get together to celebrate Eid al-Fitr marking the end of Ramadan.
Ninety-two octane gasoline increased from 5 pounds to 6.75 pounds (from $0.28 to $0.38) per liter, or about a 34-percent increase. Eighty octane gas increased from 3.65 to 5.5 pounds (from $0.20 to $0.31), nearly a 50 percent increase per liter.
Ninety-five octane gasoline increased from 6.6 pounds to 7.75 pounds (from $0.37 to $0.43), or nearly 17.5 percent. This is the third time the government has increased fuel prices since austerity measures were announced late 2015. The move is likely to send prices soaring further.
The authorities made the increases as Egyptians have been celebrating Eid al-Fitr, the holiday that comes at the end of the holy month of Ramadan. They likely fear the hikes could cause protests such as when dozens of people demonstrated against an increase in fares for the Cairo metro in May.
In recent weeks, authorities raised metro fares by up to 250 percent, drinking water by up to 45 percent and electricity by 26 percent.
The hikes come as Egypt presses ahead with a broader economic reform program that has included slashing subsidies, imposing a value-added tax and a currency flotation. The measures were aimed at qualifying for a three-year $12 billion bailout loan from the International Monetary Fund, which Egypt secured in 2016.
The tough austerity measures have won praise from economists and business leaders but have come as a heavy blow to poor and middle-class Egyptians.
Egypt’s President Abdel-Fattah el-Sissi, the architect of the economic reforms -which none of his predecessors dared implement -defended his government’s decisions to slash subsidies. He said that the government spends some $18.6 billion a year on subsidies to cover fuel, food and electricity. Each family receives an average of about $60, he said.
Egypt’s economy is still recovering from unrest following the 2011 uprising that toppled longtime ruler Hosni Mubarak.
For all the latest World News, download Indian Express App
Publicado por salud equitativa en 6:32