MercatorNet: NFP for Nigeria – to protect women and the family

MercatorNet: NFP for Nigeria – to protect women and the family

NFP for Nigeria – to protect women and the family

How you can help counter the war on population in Africa 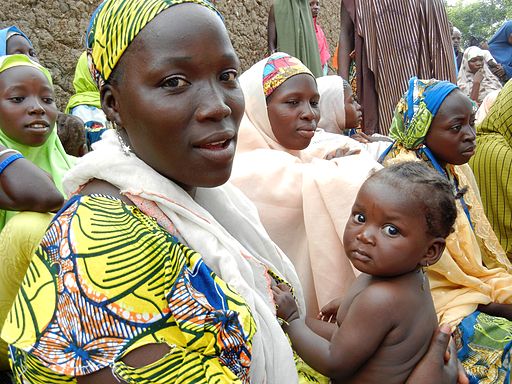 Women attending a health clinic in Nigeria. via Wikipedia
Outside of China with its strict rules about family size there is probably no other region on earth where fertility is under such relentless attack as in sub-Saharan Africa. Powerful international groups are bombarding countries like Nigeria with long-acting hormonal contraceptives, usingdrones to deliver the injections and devices to villages in Ghana.
Of course, there are many initiatives in these countries to teach natural family planning, which respects the health of women and the couple relationship. One of them is led by a group of health professionals in Lagos, the Nigerian capital, who have approach the US grassroots organisation,Natural Womanhood (a MercatorNet partner site) for help to spread knowledge of fertility awareness methods in that city.
The Doctors Health Initiative (DHI) group say they have witnessed how “government clinics automatically give hormonal contraceptives to any woman of child bearing age once she has had a baby. They make it practically impossible to use anything but the hormonal contraceptives, which are free.”
They cite the case of Ogo E. who, after delivering her second child in a public clinic in Lagos, refused the contraceptive pills she was given. She was told by the doctor that she could not be discharged without accepting the drugs. When she asked for information about a natural form of family planning she was sent to four other clinics, each one telling her that the only option for her was hormonal contraceptives. The last clinic’s nurse told her that if she would “run off” her husband if she didn’t take those pills. Finally, the nurse reached out to her husband to try to convince her.
Natural Womanhood (NW) is assisting DHI to raise funds for the following purposes:
Raise Awareness: We need to raise awareness of the dangers of contraceptives and the effectiveness of fertility awareness and NFP. Our goal is to 1) supply 10,000+ informational brochures and 2) distribute the NW documentary film, Natural Love Stories (DVDs) through Doctors Health Initiative’s well-connected networks.
Train NFP Teachers: We have a goal to train 10 Doctors Health Initiative (DHI) teachers: 5 in the FEMM ovulation method and 5 in the Couple Beads methods so that couples will have a choice of evidence-based, effective methods as alternatives to contraceptives. We estimate that this team can train up to 10,000 couples within 12-18 months. Donations will directly go from Natural Womanhood to these US-based organizations to fund the training.
They have launched a crowd funding campaign to raise US$8,500 for these goals athttps://www.wonderwe.com/NFPforNigeria At this stage the project is 27 percent funded with 24 days to go. NW director Gerard Migeon says:
“The culture of Nigeria remains very open to children and the family. Contraception can seriously affect the family culture and put many lives at risk.
“Every dollar you invest ensures over 10 women will be educated on the dangers of contraceptives and one couple will be educated on how to use NFP.

I am in awe of the enterprise of companies like Google and Amazon and benefit hugely from using them. But like Daan van Schalkwijk, the author of our lead article today, I am not happy to see them adopting political causes like “gay pride”. Google is organising virtual gay pride parades, with the hashtag #prideforeveryone, for LGBTQ people who are “not free to express themselves”.
It depends on what you mean by “expression”, says Daan, who teaches statistics and biology at Amsterdam University College. Google endorses concrete political objectives like gay marriage and the opening of female bathrooms to transgender females, and there he draws the line. Besides, is “pride” really the summit of human expression? Daan has another proposal.
To finish the week on a frivolous note: The Columbia Journalism Review has a feature called "the lower case", which collects "headlines editors probably wish they could take back". Here's one from The Guardian (high-brow, left-leaning British paper):
Mutilated body washed up on Rio beach to be used for Olympics beach volleyball
Someone tweeted it to the Review with the comment:
I would stick to using a volleyball but, hey, they're the experts.
If you have an eye for ambiguous headlines the CJR is happy to get your submission