MercatorNet: In Kenya and America, absent dads linked with crime

MercatorNet: In Kenya and America, absent dads linked with crime

In Kenya and America, absent dads linked with crime

In Kenya the problem has a tribal aspect too. 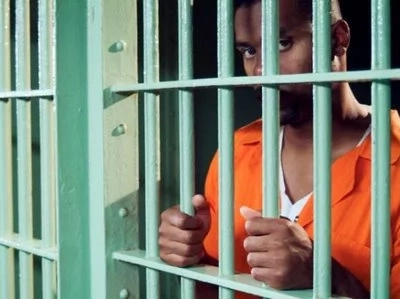 There is a Kenyan joke that goes somewhat like this: Police in Kiambu, Kenya, were overwhelmed by the amount of crime in the county. So they outsourced a machine from the Germans to help them apprehend thieves. It didn’t help. The machine itself was stolen.
Kiambu County is one of Kenya’s 47 counties. It is the immediate neighbour of Nairobi to the north. Based on the latest projections, it has a population of almost two million. It has also been called Nairobi’s bedroom. Every morning, thousands of people leave the county’s small towns for work in Nairobi, and return in the evening.
In early 2014, the governor of the county, William Kabogo, drew a lot of flak for making what was, to his detractors, a preposterous proposition. He asked the women in his county to get married. People were so offended he had to apologise.
Could it be true, however, that Mr Kabogo was actually onto something? It is understandable that most of the reactions to his words were tinged with emotion. After all, the topic is sensitive and highly personal. But it would be folly to entirely dismiss him based simply on these sentiments.
And the facts are on his side. Increasing numbers of children in Kiambu -- and central Kenya in general -- grow up in families without fathers. Surnames are becoming feminine where before they came from the father’s side of the family.
The cause of these changes has been hidden in the folds of a contentious debate, made more sensitive by its tribal aspect – most of the affected are members of the Kikuyu tribe.
But the impact is certainly not hidden. According to a Kenya Police Service report, in 2014 Kiambu had the third highest crime rate of all counties in Kenya. Many cases go unreported, so this number just scratches the surface. Three other counties in central Kenya were among the top six in terms of crime prevalence per capita.
Most of these crimes are committed by young males, precisely the kind that would be less likely to commit crimes if they had their fathers around. Their offences range from simple snatching to highway carjacking. Kenyan prisons are teeming with young men from central Kenya.
This phenomenon has given rise to a vicious cycle. As more and more men grow up without their fathers and develop deviant behaviours, the less odds they have of getting married and settling down; and as more and more girls grow up in broken families, the more likely they are to have children outside of a stable marital framework.
The impact is felt even beyond the boundaries of Kiambu and the other central counties. According to a study by the Consortium for Street Children, Kikuyu children constitute a disproportionate 46 percent of Nairobi’s total street-child population. Many petty crimes in the streets of Nairobi are committed by these same children.
As I have mentioned, the conversation around the topic here in Kenya has been shrouded in stereotypes and denial. The tribal nature of many Kenyan debates has ensured that the victims suffer with no hope of a solution.
The truth, however, is that this problem has less to do with the tribe of the persons concerned than with the status of their families. If a solution is to be found, this has to be taken into account. Which makes Governor Kabogo’s appeal very relevant.
For as long as the conversation evades the real issue, a solution will never be found. There’s an interesting, and gloomy, parallel here with the ongoing racial debate in the US. The recent shootings by white policemen of innocent black men have led to the police force being accused of racism.
However, few commentators want to take into consideration the fact that blacks there get more police attention because they are more likely to be criminals. The cause is not the colour of their skin; it is the breakdown of their families. Abortion, divorce and single-parenthood have disenfranchised the black community of many rights won for it by the civil rights movement.
And while people go to the streets to protest shootings, more and more children shape up to be criminals, increasing their risk of being shot – either by someone from their own community or by a panicking cop. The police may change their methods, but they cannot tackle family breakdown alone.
Kenya’s problem may not have reached this level yet, but I am sure this is how it begins.
Mathew Otieno writes from Nairobi.­

Identity politics – in particular those concerning sexual identity -- cast a growing shadow over the world, influencing personal relationships, public policy and even laws. More and more people fall in with the claims of activists about rights and science or simply the “I want” of individual choice.
However, as psychiatrist Richard B. Corradi explains with great clarity and elegance, many people are falling for this aggressive ideology partly because they have missed out on life experiences that are key to the development of their own identity. Broken families and missing dads play a very large part in this trend.
What should happen in a stable nuclear family you can read in Dr Corradi’s essay, which I strongly recommend. It will strike many readers as familiar, if not just plain common sense. But how much of that do we hear on the subject of “identity” these days?
Last thought for the week: Americans - do you have a problem with the future leadership of your country? There is a solution -- Inishturk. See our front-page video if you have not already.