MercatorNet: How Pokemon Go distracts players from the natural world

MercatorNet: How Pokemon Go distracts players from the natural world

How Pokemon Go distracts players from the natural world

Is the craze replacing, rather than enhancing, a love for the outdoors? 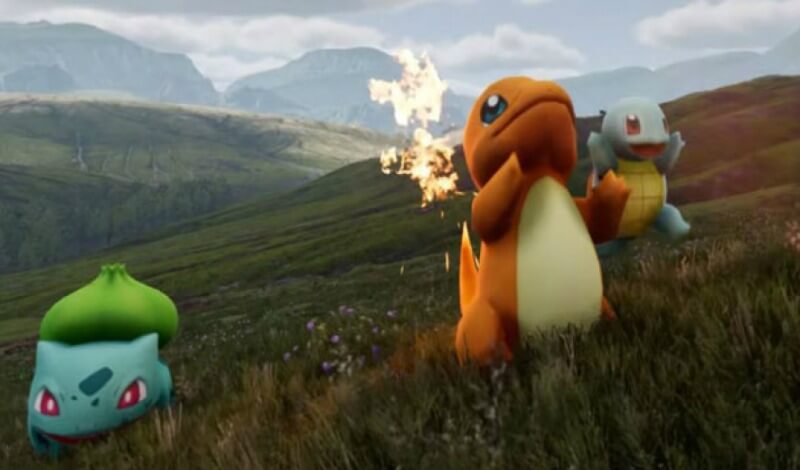 from Wingate Wilderness Therapy
“Pokémon Go” is a cultural phenomenon. It’s an augmented reality game that’s drawing players out of their homes and sending them racing around town in search of imaginary creatures – guided by their smartphones.
At first blush it seems as though “Pokémon Go” will have good knock-on effects for nature conservation. After all, players have to go outside to play the game. So in a sense the game does value biodiversity – albeit imaginary biodiversity. But nature conservationists should be asking if chasing make-believe creatures means anything for species in the real world.
Part of the fun is encountering all the different kinds of Pokémon. Each of these has unique characteristics that determine where they occur. This is rather similar to the associations between real-world species and their habitats.
This all suggests that playing the game cultivates an unspoken intuition for ecological concepts and fosters an appreciation of variety, for variety’s sake. But can any of this anecdotal speculation be bolstered by hard scientific data?
Scientists have asked these questions before
Fortunately, the question of whether Pokémon affects nature conservation is not new to scientists. “Pokémon Go” is just the latest form of the gaming franchise, which originated back in the 1990s as black-and-white pixels on the Nintendo Game Boy. Since then, the franchise has split off into atrading-card game, a television series and several movies.
Back in 2002, Andrew Balmford, the renowned conservation scientist from Cambridge University, devised a small experiment published in the journal Science. Children are more likely to know more about Pokémon characters than actual animals.Noah Cloud/Flickr
The aim was to see whether schoolchildren knew more about fictional Pokémon creatures than real British plants, birds and insects. He found that eight-year-olds could identify 78% of Pokémon but just 53% of real species. Even more telling was that he only found a 31% association between a child’s familiarity of Pokémon and their knowledge of real species.
Balmford’s experiment showed that an appreciation for Pokémon does not necessarily translate into an appreciation for real species.
It can go either way
Another piece of evidence is the freely-available card game, “Phylo”. It was modelled on the Pokémon card game, but differs in that it uses real species rather than imaginary ones. Despite these beautifully illustrated cards being free to download online, “Phylo” has yet to reach the popularity of its fictional forefather. It seems that real creatures just cannot capture the public’s attention in the way that Pokémon can.
“Pokémon Go” is unlikely to benefit nature conservation. But this is not the same as saying that the game is bad for conservation. Scientists should not disregard this as a possibility. It might be that the game is replacing, rather than enhancing, people’s love for nature.
If someone playing “Pokémon Go” notices that the battery of her smartphone is flat, will she lie back and enjoy nature around her or will she run inside to find the nearest power outlet? This is an important question to answer. In the worst-case scenario, the game could be creating a generation of children who cannot appreciate the outdoors without the comfortable glow of their phones.
Augmenting reality to make people go outside implies that the outdoors are not worth visiting for their own sake. The “Pokémon Go” craze will eventually subside and nature conservationists should be concerned about the long-term effects of this. If people can be bored by creatures created to maximise marketability, what is stopping them from growing bored of pigeons, bumblebees or tadpoles?

Falko Buschke is a Macroecologist and Conservation Biologist at the University of the Free State in South Africa. This article was originally published on The Conversation. Read the original article.

I was about to post out the newsletter when news came through of a fresh atrocity by foot soldiers for ISIS in France. An 83-year-old Catholic priest was celebrating morning Mass in a town outside Rouen when two men with knives burst in, took several hostages and slit the throat of the priest. The terrorists were shot dead by police.
How are we supposed to react to such appalling and irrational violence? I've offered one long-term solution in my article below: convert the Muslims.