MercatorNet: ‘Do you feel like a mum in politics?’

MercatorNet: ‘Do you feel like a mum in politics?’ 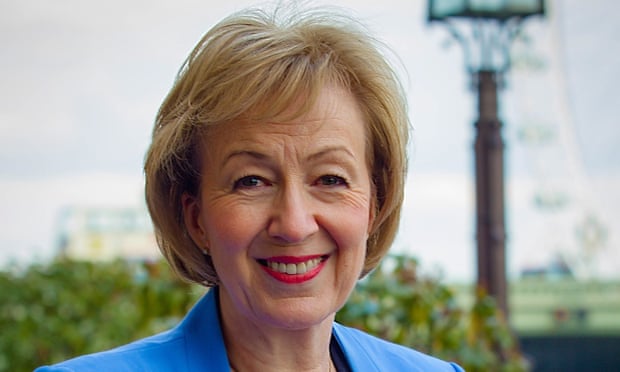 Editorial note: After the Brexit vote and the resignation of British Prime Minister David Cameron, several candidates for job came forward. In a run-off vote last week between Justice Secretary Michael Gove, Home Secretary Theresa May and Energy and climate change minister Andrea Leadsom, Gove was eliminated, leaving May (199 votes) and Leadsom (84 votes) to battle it out over the next two months. One of them will become Britain’s second female Prime Minister.
The treatment of prime-ministerial candidate Andrea Leadsom by The Times (and other mouthpieces of the progressive liberal-left) is deeply unedifying. A female journalist, Rachel Sylvester, stitching up another woman with a leading question, in order to stitch up another woman (leading candidate Theresa May), over motherhood.
Leadsom was asked how motherhood had informed her politics (“Do you feel like a mum in politics?”). She was damned if she answered negatively, and damned if she answered positively. She might have pointed out that male politicians are never asked how fatherhood informs their politics, but instead of deflecting the question, she chose to share her honest feelings.
Andrea Leadsom’s only mistake was to take a journalist at face value. It speaks in her favour that she gave a straightforward and honest reply, asking in return only that the Times journalist respect the context of the conversation. Far from belying a “lack of judgement” as some of Leadsom’s critics have suggested, it shows that Leadsom exists on a plane well above the gutter, where hacks like Rachel Sylvester wallow and stir up bitterness between women (presumably Ms Sylvester calls herself a feminist. Oh, the irony!).
The knives have been out for Leadsom because she’s a Christian, with decent family values, who won’t go along with the secular liberal progressive agenda. Ever since she refused to support same-sex marriage, the sharks have been circling.
But despite the way this little saga is being presented in the mainstream liberal press, those shrill voices clamouring to catch her out come across as nothing short of pathetic. The BBC was like a dog with a bone, hanging on to the story for every headline of every news bulletin all day long. Yet ordinary people are quite capable of thinking for themselves and asking, “Why on earth is this story still a headline? We all know she didn’t mean any harm.”
The dirty tricks of the liberal press are on show for everyone to see. There’s no finesse in these tactics. Gutter snipers might think it’s easy to get a rise out of the general public by going after Leadsom in this cynical manner, but rather than hurting Leadsom or catching her out, journalists like Rachel Sylvester are only showing themselves up. Ms Sylvester’s behaviour is unfeminist, unedifying, and definitely not classy.
Dr Keynes is a Cambridge-based academic, writer and critic with two very young children. Find her on twitter @LMKeynes. This article is reproduced from The Conservative Woman with permission

Motherhood has made a surprising appearance in the contest for the leadership of the British Conservative Party and Prime Ministership. Andrea Leadsom, who supported "Leave" actually addressed the party's leadership conference about babies brains and the importance of the first two years of a child's life for its attachment to the mother -- and father, as Shannon Roberts notes today. She realises that there is something wrong with building the workforce around mothers with young children. And legions of mothers agree with her.
Of course she was put in the stocks by the media for talking about her children (3) butLaura Keynes says there were other issues simmering in the background. I don't know whether she is PM material or not, but I hope she has a good run