All five first ladies speak out on family separations at border

Their outrage and call for reforms come after nearly 2,000 minors were separated from adults in the six weeks following Attorney General Jeff Sessions' announcement of the zero-tolerance approach to illegal border crossings. 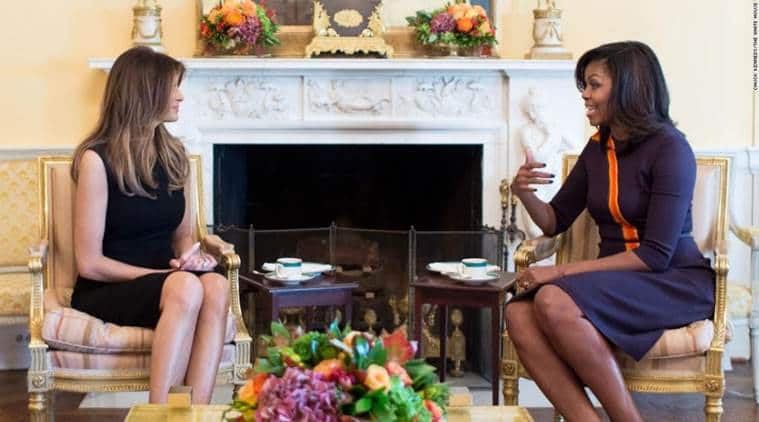 Melania Trump’s office said she ‘hates’ to see families separated at the border. (Source: Twitter)
All four former first ladies have joined the current one, Melania Trump, in an unusual united political front expressing horror at children separated from their parents at the US-Mexico border. As Michelle Obama put it on Twitter, in support of Laura Bush: “Sometimes truth transcends party.” Obama, a Democrat, wrote those words as she re-tweeted Bush, a Republican, who first spoke out in an opinion piece Sunday in The Washington Post.
“I live in a border state. I appreciate the need to enforce and protect our international boundaries, but this zero-tolerance policy is cruel. It is immoral. And it breaks my heart,” Bush said on Twitter as she shared her column. Hillary Clinton, speaking at a women’s event in New York, said the Trump administration’s “zero tolerance” policy that has separated children and parents at the southern border was a “moral and humanitarian crisis”.
1m 24s

First ladies speak out on Trump's immigration policy
Former First Lady Laura Bush condemned Trump's zero-tolerance policy as 'immoral,' while a spokeswoman for First Lady Melania Trump said she "hates to see children separated from their families"
Their outrage and call for reforms come after nearly 2,000 minors were separated from adults in the six weeks following Attorney General Jeff Sessions’ announcement of the zero-tolerance approach to illegal border crossings. In perhaps the most surprising response from a first lady, a statement from Mrs. Trump’s office said she “hates” to see families separated at the border. Her spokeswoman, Stephanie Grisham, said Sunday, “She believes we need to be a country that follows all laws, but also a country that governs with heart.”
But the statement didn’t reference the “no tolerance” policy and instead said Trump hoped “both sides of the aisle” can change immigration laws. The senior among the first ladies, Rosalynn Carter, spoke through The Carter Center: “The practice and policy today of removing children from their parents’ care at our border with Mexico is disgraceful and a shame to our country.”
Carter led a delegation to Thailand in 1979 for a firsthand look at the plight of Cambodian and Laotian refugees, recalling today the “trauma of parents and children separated by circumstances beyond their control”. Clinton, former first lady, secretary of state and Democratic presidential nominee, said at an awards lunch for the Women’s Forum of New York that the separations are not required by law and are not grounded in any religion. The latter refers to Sessions quoting a Bible verse to defend the administration’s policy.
“We are a better country than one that tears families apart,” she said. Anita McBride, executive-in-residence at the Center for Congressional and Presidential Studies at American University in Washington and a former chief of staff for Bush, said Monday these first ladies are well-known for standing up for women’s issues.
“This issue certainly has tugged at people on all sides of the aisle, whether they’re elected officials or private citizens. Sometimes in our lives, in our country, in our history, people who have a high profile and an opportunity to speak out do so,” she said. Carl Anthony, a first ladies historian and author in Los Angeles, said it’s rare but not unprecedented for a majority of all living first ladies to weigh in similarly on political and catastrophic events. Eleanor Roosevelt actually contradicted her husband on the internment of Japanese Americans during World War II and on European refugees during the same war.
“The fact that Trump even issued a statement on the immigration policy is in and of itself worth raising an eyebrow or two because it’s so unusual for first ladies to voice an opinion that could suggest a departure with at least the administration, if not their husband,” Anthony said. Asked whether there was any daylight between the president and first lady on the issue of family separation, White House press secretary Sarah Huckabee Sanders chose to instead address the administration’s dispute with Democrats. “I think we’ve made it abundantly clear that the daylight exists between Democrats and Congress and their ability to change this law,” she said.
And as for the criticism from Laura Bush, Sanders said that while “we share the concern” Bush voiced about children, Sanders pointed blame back at the Bush administration, saying, “Frankly, this law was actually signed into effect in 2008 under her husband’s leadership.” In 2008, President George W Bush focused on the problem of minors crossing the border without their parents and signed a law unanimously passed by Congress that called for such “unaccompanied minors” to be released into the “least restrictive setting”.
For all the latest World News, download Indian Express App
Publicado por salud equitativa en 6:54