Popcorn is MercatorNet's funky blog about what's hot and what's not in the world of cinema. Feel like contributing? Contact us at popcorn@MercatorNet.com. Feel like commenting? Sound off beneath the posts.

If Einar is a Danish girl then I’m a Dutchman 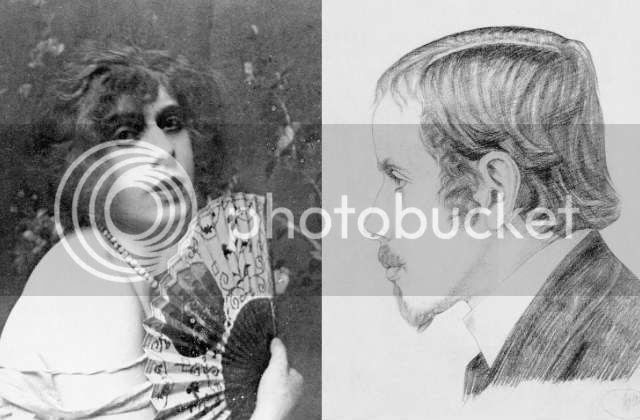 I have in recent years developed tenderness towards a particular kind of man. The kind who thinks he is a woman.
Primarily, this tenderness comes from recognising transsexualism to be a severe disorder, best thought of as a life-threatening condition. But as well as this I am just grateful that I know where I stand with a transsexual man: he thinks he is a person of the other sex. And that’s it, a nice neat binary.
But transsexualism is now host to a powerful parasite born of the legal ideology named Gender. Your ‘gender identity’ is neither the sex you are nor the sex you think you are. Rather, it is the gender you think you are. So whereas transsexualism is a state of mind regarding a state of body/sex, transgenderism is a state of mind regarding a state of mind/gender. And in being free from sex, gender is free from the neat binary (hence the unleashing of technicolour possibilities such as ‘genderqueer’ identities and ‘gender fluidity’).
At the heart of The Danish Girl, released in UK cinemas this week, lies a conflation of trans (sexual) and trans (gender). I for one will not be queuing for popcorn - I watched the trailer and was almost overcome by the noxious propaganda fumes emitted. What we have here is an exercise in wholesale gaslighting, a technique by which the insane drive the sane insane. This Oscar-bound vehicle for social engineering, replete with wall-to-wall advertising, stars Eddie Redmayne as a kind of pornographic Pied Piper, tasked with tempting our mind away from our body. Its plot is a hellish twist on the central trope of storytelling - boy meets girl:

As with the Bruce Jenner roadshow, the high gloss production jars against the desperate subject matter. It is all silk and sheen, far removed from the reality of transsexual hookers dying in the back alleys of New Orleans. And it is twice removed from the real Einar, as the film is based on a novel based loosely on his life. And yet the film is promoted as a true story.
The problem is that we see history through the lens of present language and ideas, and in projecting the present backwards we bend the past out of shape. No, Einar was not the first person to have 'gender re-assignment surgery' as this phrase is modern; a hybrid consisting of both mind/gender and body/surgery. We do not need surgery to change our mind, do we? And yes, he did die from an infection after surgery, but the film omits the salient detail: Einar Wegener died in 1931, aged 48, after having had a womb inserted into his body. Glamorize that. Einar suffered from transsexualism. Transgenderism was yet to have been invented.
A more apt presentation of the material would have given us a Gothic nightmare of insanity, jealousy and squalor - ‘Sex and Scalpels’, to coin a genre - but Transgenderism wants to be both remarkable and commonplace. Does that makeThe Danish Girl mundanely incredible, or incredibly mundane?
If what you see on the screen seems abnormal, you need more fumes. “I think Lili’s thoughts. I dream her dreams”? No, you don’t. “This is not my body”? Yes, it is. “There was a moment when I wasn’t me”? No, there wasn’t. “The fact is I believe that I’m a woman”? Ah yes, but the fact that you have a belief does not mean that what you believe is a fact. If Einar is a Danish girl then I’m a Dutchman.
Furthermore, we are asked to think of the film as being a love story, but how can we show love for somebody by trying to hide the whole of ourselves? Truth is a pre-requisite for love.
The central lie of the film is that it is possible to be a woman of substance by acquiring for oneself the substance of a woman. The central lie of transgenderism is that there is no substance named Woman, or Man, and that Male and Female consist of will, not flesh. As a representation of the purely legal phenomenon called Transgenderism The Danish Girl is a non-starter, but as a means to suck us into the madness of the ideology through a conflation of transgenderism and transsexualism, I have to give it five stars.
Daniel Moody is a philosopher from Dorset, England. This article was first published at The Conservative Woman and is reproduced with permission
- See more at: http://www.mercatornet.com/popcorn/view/if-einar-is-a-danish-girl-then-im-a-dutchman/17413#sthash.UrpUus89.dpuf

MercatorNet’s focus on human dignity attracts readers from many countries. Yesterday a Danish Christian newspaper contacted the editor, asking for an ethical forecast for the coming year. You can read Michael Cook’s round-up of the issuesmost likely to dominate the headlines, on our website. His comments at the end, contrasting today’s leading controversies with those of 50 years ago, are really spot on.
Coincidentally, Denmark has indirectly given us another article today. Daniel Moody, whose article about human rights we published earlier in the week, has reviewed a new film, The Danish Girl. It is based on the life of a famous transsexual (male to female) and from Daniel’s account of the film it is definitely not one to see.
Michael rightly picks transgender rights as one of the top controversies of 2016. Be prepared.