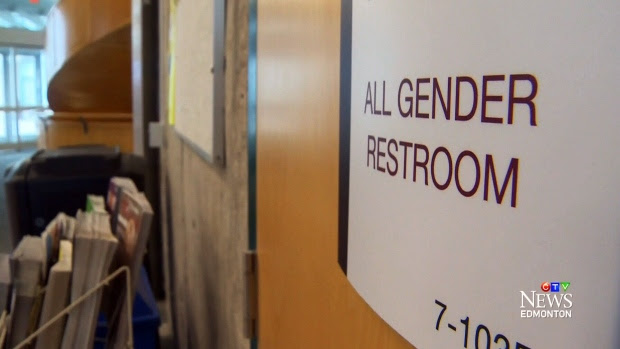 What can parents expect from new laws about accommodating the needs of transgender people? Will they affect primary and secondary education? Of course. And there’s no better proof than recent headlines in the Canadian province of Alberta.

Last week Alberta’s education minister, David Eggen, of the left-leaning New Democratic Party, released guidelines for sexual orientations, gender identities, and gender expression in Alberta schools. They are not described as mandatory but both government and religious schools have no choice but to implement them.

Alberta’s school system is consistently praised as one of the best in the English-speaking world, perhaps because it is decentralised and competitive. Government, religious and charter schools are run by about 60 boards scattered across the province which appear to have a great deal of autonomy. But because the provincial government pays the bills, it also calls the tune.

Hence Mr Eggen’s diktat. By the end of March, all schools must show that they have a “welcoming, caring, respectful and safe” environment for LGBTI students and staff.

Here are some points from the government’s agenda:

Each student defines their own gender identity. “An individual’s self-identification is the sole measure of their sexual orientation, gender identity or gender expression” -- no matter what age they may be. There is no need to produce legal documentation of a change of name or sex. A student may even want to keep the gender identity confidential. That choice, too, must be respected.

Students can choose their own pronouns. According to the guidelines: "Some individuals may not feel included in the use of the pronouns ‘he’ or ‘she’ and may prefer alternate pronouns, such as ‘ze,’ ‘zir,’ ‘hir,’ ‘they’ or ‘them,’ or might wish to express themselves or self-identify in other ways (eg, Mx instead or Mr, Mrs, Ms, or Miss, or no prefix at all)."

Students may dress however they like. Accommodating students’ choices about what clothes they wear or their general appearance is part of respect for gender diversity. Schools will have to review their dress codes to make sure that they are not gender-based.

Separate activities for boys and girls, both sporting and academic, are discouraged. The document says: “This increases opportunities to respect students’ full expression of who they are and allows them to play, learn, dress, present and express themselves in flexible and diverse ways that are congruent with their gender identity or gender expression.”

Staff, students and family members should be able to use bathrooms and change rooms which are “congruent to their gender identity”. Schools need to provide this both on campus and on excursions and outings.

Schools should promote gay-straight or queer-straight alliances. These will help to “promote a welcoming, caring, respectful and safe learning environment”.

Even in Canada, these are significant social changes and not everyone is happy with them -- especially the outspoken Catholic bishop of Calgary, Fred Henry. He used a pastoral letter to denounce Mr Eggen’s guidelines as “totalitarian” and “pure secularism”. He went to argue that “this approach and directive smack of the madness of relativism and the forceful imposition of a particular narrow-minded anti-Catholic ideology.”

But he also gave the positive side of his church's view:

Our teaching is rather simple and direct. God created beings as male and female. In doing so, he gave equal dignity to both man and woman. In his plan, men and women should respect and accept their sexual identity. God created both the body and sex as good. Hence, we do not approach sexuality with fear or with hostility to the flesh.

This is what happened in Edmonton, the province’s capital.

In September and October, meetings of the Edmonton Catholic School District broke down in fiery arguments over which bathroom a transgender 7-year-old should use. One of the trustees, Larry Kowalczyk, angrily denounced the “radical transgender agenda” and commented that transgender students have a “mental disorder.”

Education minister Eggen was appalled and threatened to dissolve the board. Finally he appointed an apparatchik to help the school board with its governance.

"We all saw some of the individual comments that still spoke to a lack of education around transgender issues and equality in general and certainly we know … just how quickly things break down into animosity with this specific board," he said. "It's very important that people respect each others opinions but also don't overstep and start to just simply misrepresent both science and the letter of the law."

Unsurprisingly, the trustees of the Edmonton Catholic school board ended up accepting the principle of transgender inclusivity. Commenting on the government’s new guidelines, the board’s chair, Marilyn Bergstra, told the media: "My wish would be that every single word in that document is adopted."

Parents who send their children to Catholic schools in Edmonton were somehow sent a copy of Bishop Henry’s pastoral letter. Bergstra apologised to parents whose feelings had been hurt and another trustee, Patricia Grell, condemned the bishop’s “uninformed views and comments” and the “hurtful and untrue things [he wrote] about the LGBTQ community”.

Eggen’s reaction was threatening. The board must “sort themselves out and make sure they’re doing the job to which they’ve been elected and are paid to do,” he said yesterday. “Clearly, there are different opinions out there, but also clearly the vast majority of Albertans want equality and justice for all students including those with different gender identities.”

The dispute is making some Albertans, Catholics included, wonder why a separate school system exists at all. “The Catholic board is publicly funded,” wrote journalist Paula Simons last year. “It has a legal duty to ‘allow’ transgender students in its classrooms. If trustees don’t feel they can do that, the time may indeed have come to consider whether a publicly-funded Catholic school system is still tenable in this province.”

Alberta’s experience seems to confirm the misgivings of critics of same-sex marriage and transgender accommodation. Once legislation supporting them is set in place, the government can steam-roller dissident groups by withdrawing funding from schools and social services. Since the opposition is often divided, it is easy to portray spokespersons for the traditional point of view as out-of-touch extremists.

Michael Cook is editor of MercatorNet
- See more at: http://www.mercatornet.com/conjugality/view/alberta-gets-transgender-friendly-schools/17472#sthash.bV8aYoui.dpuf