Welcome to Demography Is Destiny. We launched this to counter two media memes: that humans are a cancer which is destroying our planet and that world population is spiralling to unsustainable levels. The real story is that intelligent and inventive humans will rise to the challenge of climate change and that our real problem is the coming demographic winter. The editors of Demography is Destiny are Marcus and Shannon Roberts, who live in Auckland, New Zealand. Send them your comments and suggestions.  - See more at: http://www.mercatornet.com/demography/view/chinas-workforce-contracts-furhter/17499#sthash.7BdbeRVw.dpuf 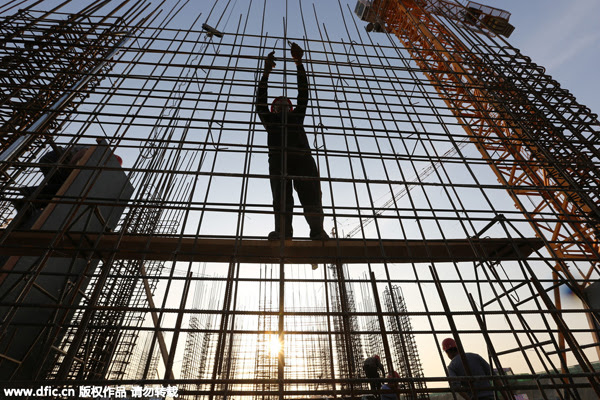 Last year we talked about the Chinese Communist Party’s 13th five year plan which showed a change in emphasis for the Chinese government from GDP to population and demography. Recently the Chinese GDP has been hogging the headlines as a declared growth rate of “only” 6.9% (taken with a large pinch of salt by most) has sent shivers throughout the world’s economies. There have been TV news reports here in New Zealand about steel mills closing in cities that we’ve never heard of and workers being laid off. Then there is the ever-falling price of oil which is great for us when we fill up the car, but another sign that the world economy is slowing down.

On top of all this bleak economic news comes another sign of China’s woes: its National Bureau of Statistics has announced that the number of working-age Chinese (aged 16-60 years old) dropped in 2015 by 4.9 million. Now that is a large amount of working-aged people that China has “lost” but to put it into perspective, the total number of Chinese of working age is still 911 million, thus the drop is only around 0.5%. Still it is not a good trend, and continues on from a drop of 1.6 million workers the year before. Further, compared to the US, China still has a much lower number of dependants as a percentage of its working age population: 35% vs around 50%. But the difference is that the USA is much wealthier and more able to pay for such dependants than China is. Further, the shrinking workforce is another headwind for economic growth: continued Chinese economic growth cannot rely on an expanding (or indeed a stagnating) workforce, but instead must contend with a shrinking workforce.

As Quartz notes the Chinese government is aware of the problem and is trying to deal with it:


“Much of the decrease is from people having fewer children. That’s not a problem unique to China—many other nations are struggling with low birth rates. But the risk to China is that it will end up with an outsized elderly population before it becomes a developed economy. Typically, countries get rich before they get old.
The government in Beijing is aware of the problem. Last year, it announced that couples would be allowed to have two children instead of only one, after nearly 40 years of enforcing a one-child policy that caused much of the drop-off in young workers. But with the cost of living rising fast, not many couples are expected to take advantage of the right to have a second child.”
China’s economic rise over the last few decades has been amazingly rapid. This economic wealth has masked any democratic/human rights deficit that the Chinese state suffers from. If its economy continues to constrict, how will its people react? Will they acquiesce and knuckle under? Or will they wonder what the Communist party is good for if it can’t even guarantee state-planned economic growth?
- See more at: http://www.mercatornet.com/demography/view/chinas-workforce-contracts-furhter/17499#sthash.7BdbeRVw.dpuf