ISIS has authorised forced organ removals of ‘apostates’
by Michael Cook | 10 Jan 2016 | 1 comment
Persistent rumours about organ trafficking by the Islamic State have some basis in fact. Amongst a trove of documents captured by US troops in a May raid in Syria is Fatwa 68, dated January 15, 2015. The opinion, issued by the Islamic State’s “Research and Fatwa Committee”, states unequivocally that organs may be taken from “apostates” without their consent, and even if it causes their death.
However, no proof has been found that organs have in fact been removed from ISIS captives. Nor is it clear who would be classified as an “apostate” by the extremist Sunnis who support ISIS. In the past Yazidis, Christians and other non-Muslims have been described as apostates, but also Shias and Sunnis who disagree with the ISIS.
The reasoning behind the fatwa is based on arguments by Islamic jurists justifying cannibalism in extreme circumstances. (This is a translation by the US government.)


If the jurists had permitted, when necessary, the consumption of human flesh as a means counter to death or harm, then it is even more appropriate to transplant of organs from the apostate to the Muslim to save the life of the latter. This is especially the case since it was ruled that the apostate's life and organs are not protected. On the contrary, the apostate's life and organs don't have to be respected and may be taken with impunity.
Based on aforementioned, the categories of the apostate's organs are broken down into the following cases:
1-The rule is applicable on organs that could be put to use in both cases- pre and post-mortem.
2- The organs that can only be used pre-modem, and those are divided into two groups:
a-- Organs the removal of which would not be fatal: It is not prohibited to remove this type of organs from a living body as death would defeat the purpose.
b -- Organs the end the captive's life if removed: The removal of that type is also not prohibited, even if it is fatal for the captive. A group of Islamic scholars have permitted, if necessary, one to kill the apostate in order to eat his flesh which is part of benefiting from his body. This encompasses everything that it needed to be taken from the apostate's body.

Iraq’s ambassador to the United Nations, Mohamed Ali Alhakim, says that the documents should be examined by the UN Security Council as evidence that Islamic State could be trafficking in organs to raise cash. He claims that 12 doctors in Mosul were executed in February after they refused to remove organs
- See more at: http://www.bioedge.org/bioethics/isis-has-authorised-forced-organ-removals-of-apostates/11705#sthash.dmyXnomS.dpuf 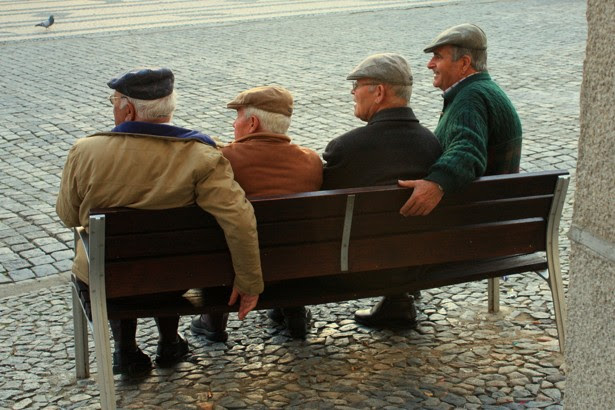 The Netherlands health ministry has revised its guidelines to allow severely demented patients to be euthanized. However, an advance directive which was made when the patient was lucid is required.
The guidelines acknowledge that patients often do not seem to be suffering unbearably because of their dementia. However, they still suffer from conditions like severe anxiety and pain. “In those cases a doctor may give euthanasia, even if a patient can not make it clear in words or gesture,” says the ministry. “But there has to be a written request for euthanasia, that the patient drew up earlier.”
The guidelines were updated to make the position of doctors more legally secure. Some demented patients have been euthanized, but there is uncertainty about whether or not such actions were lawful. Hence, many doctors refuse to euthanise their demented patients.
The guidelines include instructions for drafting a euthanasia declaration. Patients are encouraged to keep in touch with their physicians to ensure that their wishes are carried out.
Other news on the Dutch euthanasia front: the Dutch medical association, the KNMG, has declared that doctors should have the right to refuse to perform euthanasia. It is alarmed by news that the Dutch right-to-die association is lobbying for a “last wish pill” which would allow patients to kill themselves, although it would have to be prescribed by a doctor.
“Euthanasia is just one of the options, there must be room for consideration. Do we want the government to allow an end of life pill being available to everyone? How do we protect the vulnerable against pressure from the environment, against their own impulsive acts?” said Rutger Jan van der Gaag, chairman of the KNMG. “The doctor is now at least an important safety valve which ensures that reasonable alternatives can not be overlooked and euthanasia resources are not misused … it never becomes ‘you ask, we inject’.”
- See more at: http://www.bioedge.org/bioethics/demented-patients-can-be-euthanized-in-netherlands/11706#sthash.ehWJZ41G.dpuf

The US government should rescind directives authorizing participation of health professionals in interrogation and force-feeding because they are inconsistent with professional ethics, argue ethicists in PLoS Medicine.
A 2015 report of the Defense Health Board found that the Department of Defense “does not have an enterprise-wide, formal, integrated infrastructure to systematically build, support, sustain, and promote an evolving ethical culture within the military health care environment.”
The Board declared that health care professionals should not have to perform medical procedures that violate their professional code of ethics, State medical board standards of conduct, or the core tenets of their religious or moral beliefs.
In the wake of scandals about torture of detainees at Guantanamo Bay and other sites run by the CIA or the military, the government accepted most of the Board’s recommendations.
However, there were some loose ends. “The Board’s failure to call for a prohibition of any military health professional involvement in interrogation or force-feeding hunger strikers in its recommendations is a serious deficiency. It should also have recommended transparency and oversight in the reform process,” say Leonard S. Rubenstein, of Johns Hopkins University and co-authors in the PLoS article.
They conclude with a ringing call for respect for conscientious objection: 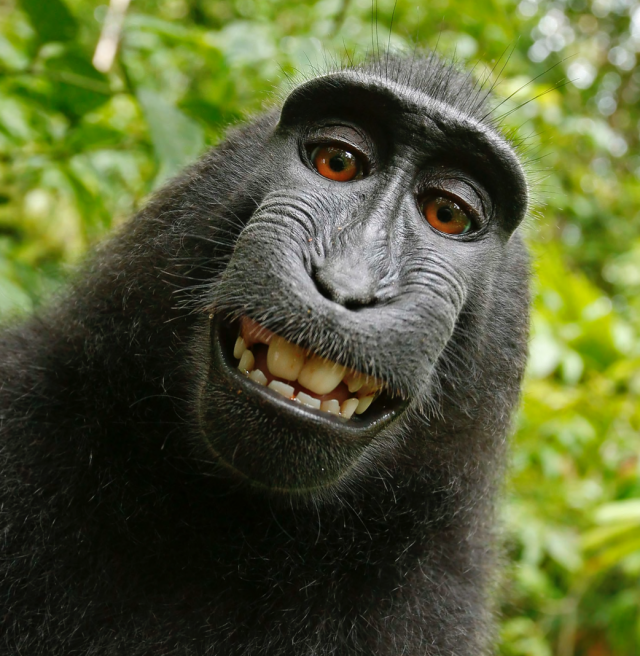 Happy New Year! BioEdge is gearing up for a big year, with lots of news and more interviews with bioethicists from around the world.
Animal rights is one of the areas which we cover from time to time – which explains the photo above, one which I have been dying to use. It is a famous selfie of a male crested macaque named Naruto in an Indonesian wlldlife reserve.
British nature photographer David Slater placed the camera amongst the monkeys in 2011 and Naruto pressed the trigger. Later on the image appeared on Wikipedia without Slater’s permission, but Wikipedia refused to take it down, because Naruto was the “author”, not Slater.
In September PETA (People for the Ethical Treatments of Animals) became involved. It argued in United States District Court in San Francisco that Naruto held the copyright. On his behalf PETA wanted to licence the image and use the proceeds to protect his species. Implicit in its case was the notion that animal are also persons and have legal rights.
The bemused judge, William H. Orrick, disagreed. “While Congress and the president can extend the protection of law to animals as well as humans,” he wrote, “there is no indication that they did so in the copyright act.”
This was a blow for PETA, but its attorney was philosophical. “We will continue to fight for Naruto and his fellow macaques,” said Jeff Kerr. “As my legal mentor used to say, ‘In social-cause cases, historically, you lose, you lose, you lose, and then you win.’”

Demented patients can be euthanized in Netherlands
by Michael Cook | Jan 10, 2016
... if there is an advance directive.

ISIS has authorised forced organ removals of ‘apostates’
by Michael Cook | Jan 10, 2016
Proof found in documents captured by US commandos

Treat surrogate parents as sex offenders, says Italian minister
by | Jan 09, 2016
Denounces it as “the most vile, illegal trade that man has invented"

Gay Israeli couple brings home wrong baby from Nepal
by Michael Cook | Jan 09, 2016
A stark reminder of the hazards of IVF and surrogacy