Could the internet outlive humanity?

Could the internet outlive humanity?

Connecting is MercatorNet's blog about social media and the virtual self. We'd love to hear from you. Send us your tips and suggestions. Post comments. We want to make it as lively as possible. The editor is Denyse O'Leary, a Canadian journalist.  - See more at: http://www.mercatornet.com/connecting/view/could-the-internet-outlive-humanity/17508#sthash.18jk3w46.dpuf 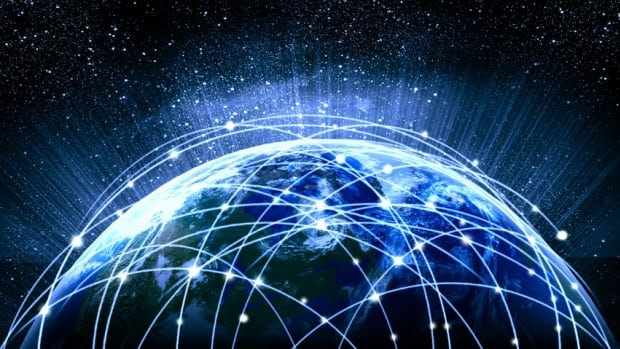 That seems like a strange question, but there is a background to it.
Marvin Minsky, artificial intellignce pioneer, died on Sunday at the age of 88:
Professor Minsky, in 1959, co-founded the M.I.T. Artificial Intelligence Project (later the Artificial Intelligence Laboratory) with his colleague John McCarthy, who is credited with coining the term “artificial intelligence.”
Beyond its artificial intelligence charter, however, the lab would have a profound impact on the modern computing industry, helping to impassion a culture of computer and software design. It planted the seed for the idea that digital information should be shared freely, a notion that would shape the so-called open-source software movement, and it was a part of the original ARPAnet, the forerunner to the Internet.
Significantly, the underlying thesis of his book, Society of Mind (1985), was that
… there is no real difference between humans and machines. Humans… are actually machines of a kind whose brains are made up of many semiautonomous but unintelligent “agents.”
His approach had great social influence, resulting in - as one example among millions - a recent article in RealClearScience. Professors Michael Gillings (evolution), Darrell Kemp (biology) and Martin Hilbert (communication), advance the view that the internet “could out-evolve humanity”:
Living things accumulate and reproduce information. That’s really the driving principle behind life, and behind evolution.
But humans have invented a new method of accumulating and reproducing information. It’s digital information, and it’s growing at an astonishing speed. The number of people using the internet is growing, as are the devices connected to it through the Internet of Things.
Digital information can copy itself perfectly, increases in copy number with every download or view, can be modified (mutated), or combined to generate novel information packets. And it can be expressed through artificial intelligence. These are characteristics similar to living things. So we should probably start thinking about digital technology as being like an organism that can evolve.
They seem to know just enough to get it all wrong.
Let's think about the nature of information. First, while information is instantiated in material things, it is not itself a material thing. As G. C. Williams (1926–2010) put it in Scientific American,
“You can speak of galaxies and particles of dust in the same terms because they both have mass and charge and length and width. You can’t do that with information and matter. Information doesn’t have mass or charge or length in millimeters. Likewise matter doesn’t have bytes. . . . This dearth of shared descriptors makes matter and information two separate domains.
What makes something "information" anyway, as opposed to just noise? Gillings, Kemp and Hilbert elaborate their thesis, comparing the internet to life on Earth,
We know that each of earth’s evolutionary transitions essentially resulted in the enslavement of the old information carriers. RNA was the original carrier of information. When DNA came along, the role of RNA was relegated to simply relaying messages from DNA to the cell.
This is the contested “RNA world” theory of the origin of life.
When complex cells arose, they subsumed simpler bacterial cells. These became power generators (mitochondria) or solar panels (chloroplasts), serving the needs of the new cell types.
That’s the symbiosis theory of the origin of complex cells. Symbiosis certainly occurs but it would be helpful if our authors made clear that these are hypotheses about the origin of life, not histories as such.
The next transition resulted in organisms with multiple cells. Most of these cells did not pass their information to the next generation, but existed simply to support those few cells that did.
That is the "selfish gene" view of life that a chicken is just an egg’s way of making another egg. Which, for our purposes, misses the point. The chief difference between life and non-life is that life embodies masses of information. Why?:
But why do life forms struggle so hard to remain alive when the option of simply dying -- ceasing to be a life form at all, and rejoining the chemical seas -- is readily available, and eventually inevitable? Naturalist explanations don't turn out to be much help with any of this.
Which brings us to the authors’ key message:
Decision systems and artificial intelligence networks mimic human brains, and coordinate our everyday interactions. They decide on what internet advertisements we are exposed to, execute the majority of stock exchange transactions and run electric power grids. They also have a significant role in human mate choice via internet dating sites.
No. As always we choose what we wish to see and buy, and who we choose to know. But, as always we look for someone or something to blame when things do not go as hoped.
While we do not necessarily feel that we are the mere flesh-bots of our digital overlords, the merging of humans with the digital world has now passed the point of no return.
That’s not correct either. When Rome ruled the world, Rome was thought eternal. It wasn’t, and its lifestyle and technologies disappeared.
No trend continues indefinitely. Time and chance govern them all, but choices always matter. We create the internet by our choices of what to care about, and it would just disappear if we ignored it.
In closing, we are warned,
We need to start thinking about the internet as an organism that can evolve. Whether it cooperates or competes with us is cause for considerable concern.
This borders on delusional. The internet is not and never will be alive. It only exists because people pay attention to it. One may as well think that reality TV “competes with” actual lives.
But, let’s make no mistake, the delusion is likely to be powerful, and could have political implications.
See also: Data Basic, an introduction to the way information is different from matter
and
Will artificial intelligence kill our jobs? That depends. It depends in part on what we understand our jobs to be.
- See more at: http://www.mercatornet.com/connecting/view/could-the-internet-outlive-humanity/17508#sthash.18jk3w46.dpuf
- See more at: http://www.mercatornet.com/connecting/view/could-the-internet-outlive-humanity/17508#sthash.18jk3w46.dpuf