Connecting is MercatorNet's blog about social media and the virtual self. We'd love to hear from you. Send us your tips and suggestions. Post comments. We want to make it as lively as possible. The editor is Denyse O'Leary, a Canadian journalist.  - See more at: http://www.mercatornet.com/connecting/view/tweet-canadian-cleared-of-harassment-charges/17493#sthash.7bwGKDiK.dpuf 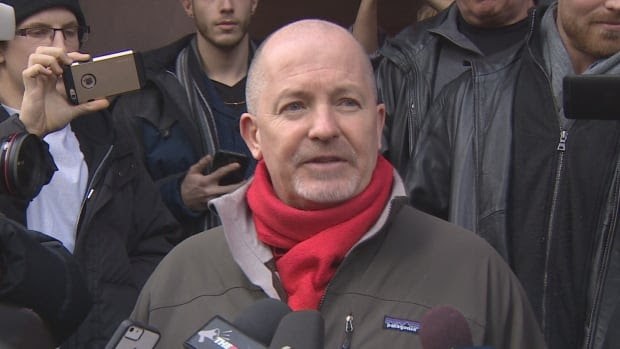 In Toronto, Canada, Gregory Alan Elliot, accused of harassing two women’s rights activists via social media, was found not guilty today. Ontario Court Justice Brent Knazan noted, “One cannot understand this case without understanding Twitter.”
Freedom of speech advocates consider it the first test of how Canadian courts will handle accusations of harassment on social media. The Toronto Star blandly reports:
The case, possibly the first where alleged criminal harassment occurred entirely through Twitter, has raised questions about what constitutes criminal behaviour online and where the law should intervene.
Essentially, Elliot became obsessed with the Twitter feeds of Stephanie Guthrie and Heather Reilly in 2012. Though he wrote in a hostile way about his political disagreement with their feminist views, he never threatened them. They nonetheless became fearful that he might harm them in some way.
As the Star puts it, the defense lawyer
... argued that Guthrie and Reilly retaliated against Elliott, shared his tweets and “taunted” him— behaviour indicating they were not really afraid of him.
The Crown responded that the complainants were entitled to speak out about harassment and warn others about their alleged harasser.
But it is unclear what the complainants had to be afraid of. CBC News reports,
The two activists testified at the trial that they believe Elliot kept tabs on them and their whereabouts through social media, even after they blocked his account.
But Elliott's tweets contained nothing of a "violent or sexual nature," and there was no indication he intended to hurt them, Knazan said.
In the National Post, Ashley Csanady summed it up
Why, the Twitter trial is beginning to resemble Twitter itself: The dialogue is shrill, some of the players are increasingly uber-sensitive and derision is the name of the game.
Elliott was cleared, in part, because — though the judge noted his words were sometimes “insulting and homophobic” — his tweets were not considered overtly sexually or physically threatening.
Stephanie Guthrie and Heather Reilly accused Elliott of harassment partly based on his use of hashtags — a word, acronym or phrase after a number symbol used to create trackable conversations — they used. It was an assertion the judge found contrary to the open nature of Twitter. He said the pair may have felt harassed, but he couldn’t prove Elliott knew they felt that way, nor did the content of his tweets include explicitly threatening language. … The judge also noted a lack of “reasonableness” in Guthrie’s assertion she could expect to use Twitter to make negative comments about Elliott and not be exposed to his response or self defence.
That last point is important: Many people today have a self-image of victimhood that is both impervious to and unrelated to shared facts. If one wishes to tweet in-your-face statements, one should expect some in-my-face ones in return.
Also, virtual reality is not actual reality. At one blog, my colleagues and I get half-insane hate mail now and then. It happened to one of us again yesterday morning. We have a general rule: If the person threatens no physical harm, we ignore it. We ignore him, except for removing posting privileges where applicable. If the person did make such a threat, most jurisdictions have or should soon have laws against cyberstalking.
A free internet is worth the occasional risk of running into unpleasant people. Let’s hope judges continue to agree.
See also: Twitter vs. religious conservatives? Enforcing rules against hate speech selectively is worse than not enforcing them at all.
Whoa, Rosie! Twitter is not a family conference! We all have family problems, and let’s all just keep them off the internet.
and
Coping with the shamestorms of social media First, grow an alligator hide. (It happened to me once.)

Denyse O’Leary is a Canadian journalist, author, and blogger
- See more at: http://www.mercatornet.com/connecting/view/tweet-canadian-cleared-of-harassment-charges/17493#sthash.7bwGKDiK.dpuf

Sorry, but there won't be a newsletter tomorrow, as we are celebrating Australia Day Down Under. Normally that means barbecues, backyard cricket and beaches, but all that looks unlikely in Sydney as it is raining heavily at the moment.

Why January 26 -- a date we share with India's Republic Day? It is the day in 1788 when Governor Arthur Phillips, commander of the First Fleet of 11 convict ships, arrived at Sydney Cove and raised the Union Jack over Great Britain's new colony.
It is an increasingly popular holiday, even though there are lively debates every year about the meaning of the celebration. There is also a shadow over it. The indigenous people who watched the First Fleet sail in were probably alarmed. They had a right to be. It wasn't long before disease and conflict had reduced their numbers and shattered their culture. As early as 1938 representatives began protesting Australia Day and declaring it "a day of mourning and protest".
So there is a serious side to tomorrow. But basically it is a good excuse to chill out. We will be taking advantage of it.