Welcome to Demography Is Destiny. We launched this to counter two media memes: that humans are a cancer which is destroying our planet and that world population is spiralling to unsustainable levels. The real story is that intelligent and inventive human will rise to the challenge of climate change and that our real problem is the coming demographic winter. The editors of Demography is Destiny are Marcus and Shannon Roberts, who live in Auckland, New Zealand. Send them your comments and suggestions.  - See more at: http://www.mercatornet.com/demography/view/practical-ways-to-end-hunger/17465#sthash.kRPhf91K.dpuf 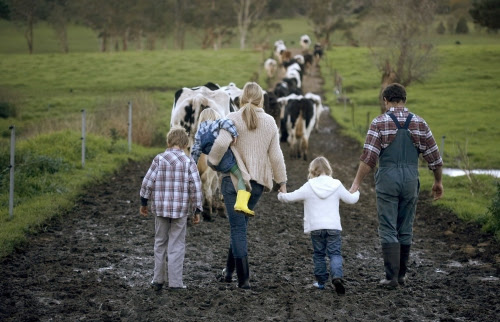 With refugee numbers high around the world, we are forced to grapple with questions about the distribution of the resources available to us, along with questions about nationhood, culture and the sanctity of borders.  Leaving questions of borders aside, it is generally recognised that there is more than enough food in the world to feed everyone.  It is only because food is distributed unevenly, wasted, or even intentionally destroyed in war-torn or politically unstable countries, that many go hungry.  The head of the United Nations food and agriculture agency has stated that:
“…the Food and Agriculture Organization believes that hunger can be eradicated around the globe ‘in a generation, in our lifetime’ if there is a political commitment by world leaders to ensure that all their citizens get access to nutritious food."
The United Nations has further commented that:
“The way humanity manages or mismanages its food supply will in many ways define the 21st century—currently we know that we are not doing a great job with at least one third of all food produced lost or wasted."
A number of community leaders are experimenting with practical ways to better distribute nutritious food among groups in need and improve access and ownership of community projects. New Zealand ex-corporate lawyer Deborah Manning decided to do something about the food wastage she saw in her community and started Foodshare in 2012. FoodShare collects surplus food from a growing list of providers and regularly distributes more than 30,000 meals each month.  Donations might include bread and bakery items from previous days or fruit and produce that is slightly bruised. It's success led to a second charitable group 'Kiwi Harvest' being formed.  KiwiHarvest also collects excess fresh, chilled and frozen meals and food donations from supermarkets, cafes, growers, caterers and manufacturers in a refrigerated van. Food rescued by KiwiHarvest helps to provide nourishment to the homeless, women’s refuges, emergency family accommodation centers, those with disabilities or mental illness, rehab centers, new immigrants, the elderly and youth groups.
An American charitable group has recently reviewed dozens of initiatives in an attempt to learn from them.  These are some of the innovative community-led projects happening in the United States:
- In Oakland, California, urban farming has arisen in disadvantaged communities as a response to the rapidly increasing cost of living. When urban farmers found themselves hampered by large municipal permit fees, a local food policy council and engaged residents worked with the city government to remove the permit barrier, facilitating increased urban gardening and produce sales across the city.  According to the United Nations, family farms are efficient because they use less land and water resources and avoid high transportation costs.  More than 500 million family farms manage the majority of the world’s agricultural land and produce most of the world’s food.   Public policies which support family farms to become more productive and sustainable help to ensure global food security, to care for and protect the natural environment and to end poverty, undernourishment and malnutrition.  To residents, this capability reflects “food justice” because it connects people to their food source and promotes community self-sufficiency and resiliency.
- In Memphis, Tennessee, nonprofit urban farm, Roots Memphis, has created a five-month program that trains young farmers in sustainable farming practices. This program has the potential to rejuvenate the city's declining farm economy and provide economic opportunities for young agricultural entrepreneurs.  A recent ranking of community health by state placed Tennessee near the bottom—forty-fifth in the nation.  The nonprofit urban farm pursues a “triple bottom line” of social, economic, and environmental sustainability on its five-acre farm operation by growing fruits and vegetables without the use of chemicals and pesticides, using environmentally restorative soil and water farm practices, and selling its produce to community members and local businesses. The Farm Academy includes classes on small farm business entrepreneurship, planning and management, sustainable agriculture theory and practice, and small-farm production skills.
- In Louisville, Kentucky, food distribution is the focus. While there is high demand for fresh produce throughout the city, some consumers have difficulty getting to grocery stores and farmers markets. In response, a community organization launched an innovative program that enables people in disadvantaged neighbourhoods to pool resources, including food assistance benefits, and purchase food directly from local farmers at central gathering locations in neighbourhoods, such as churches and community centres.  Residents from the neighbourhood and surrounding neighbourhoods lead the Fresh Stop Markets.  Charitable group, New Roots, runs a leadership institute that trains community members so they can take over all aspects of Fresh Stop Market organizing and operation.  There were nine Fresh Stop Markets operating in Kentucky (seven in Louisville) in 2015.
- A city-sponsored program in Baltimore, MD, created a “virtual supermarket” that allows community members redeeming food assistance benefits to order groceries online from a local grocer and have them delivered to a nearby library or housing complex.   This initiative focuses on making healthy food purchases easier for urban residents facing time or transportation challenges.  The Virtual Supermarket Program also provides training to residents so they can manage the program, giving the community greater ownership and control of the project.
These community led initiatives show that small, sometimes simple projects can make a big difference to people's access to nutritious food.  I also love seeing people within communities simply doing things they see need doing rather than only turning to 'the government' to do something about it instead
- See more at: http://www.mercatornet.com/demography/view/practical-ways-to-end-hunger/17465#sthash.kRPhf91K.dpuf