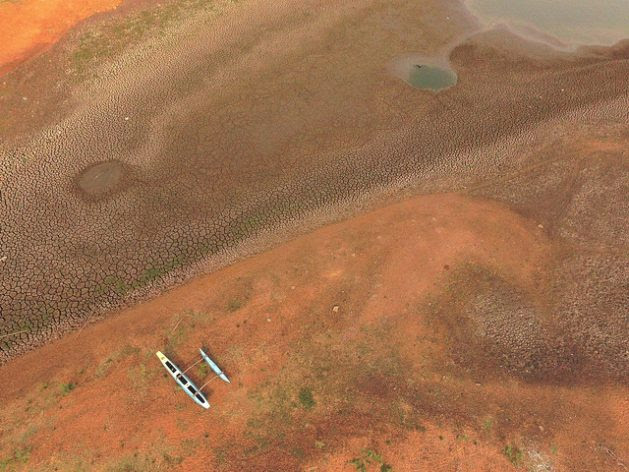 In 2017 Sri Lanka was hit by the worst drought in 40 years. It forced thousands in Sri Lankans to abandon their livelihoods and seek work in cities. Credit: Amantha Perera/IPS
UNITED NATIONS, Dec 6 2018 (IPS) - In midst of the 24th United Nations climate change conference (COP24), many are trying to double down in the search for practical, actionable solutions to the climate crisis: land itself.
Ahead of the ongoing COP24, the U.N. Environmental Programme (UNEP) launched a report warning that the international community’s pledges under the Paris agreement, known as nationally determined contributions (NDCs) are insufficient to keep warming below 2 degrees Celsius.