The Dark Shadows of Christmas 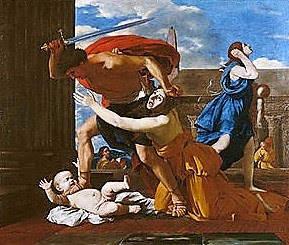 Stockholm/Rome, Dec 24 2018 (IPS) - Christmas is expected to be a peaceful celebration of the birth of Jesus. A time to express love and care for one another. Jesus preached love and compassion, but also told us to be suspicious of imposters: “Beware of the false prophets, who come to you in sheep´s clothing, but inwardly are ravenous wolves”. Wolves are predators who disregard the suffering of their victims. A human wolf is an egomaniac ready to maim and murder, either to please himself or his master, often deluding himself by imagining he serves a higher purpose.
On the 11th of December, armed with a revolver and a knife, a man attacked visitors to Strasbourg´s Christmas Market, killing five and wounding eleven. Likewise was on the 19th of December 2016 a truck deliberately driven into a traditional Christmas market in the very centre of Berlin, killing twelve and injuring fifty-six. After he had forced him to do the killing, the perpetrator shot the truck-driver. Maybe these killers were just lone wolves, but their acts proved that even during Christmas one has to be aware of false prophets preaching hate and violence.
The Bible proclaimed that Jesus Christ would bring peace and justice to the World and so did the Holy Qu´ran, for example in its third Surah:

Remember when the angels said: ´O Mary, God gives you glad tidings of a Word from Him. His name is Christ Jesus son of Mary, greatly honoured in this world and the next, and among those drawn nearest to God. He shall speak to mankind from the cradle, and in maturity, and shall be among the righteous.1

The Kings James Version of the Bible translates the god tidings of Jesus´s birth as: “Glory to God in the highest, and on earth peace, good will toward men.” The villains in Strasbourg and Berlin were far from abiding to that message. As a matter of fact, even the story of Jesus´s birth constitutes a familiar tale of ruthless power abuse, persecution of the innocent and defenceless, as well as it tells us how migration becomes a last resort to avoid suffering and death.
Herod the Great (73 – 4 BCE2) was an energetic monarch, a shrewd manipulator investing in the winner of every Roman power struggle. He created a powerful secret police, torturing and killing countless opponents, among them forty-six members of the Sanhedrin, the highest political and religious body of the Jewish people. Lust for power, women and glory turned Herod into blood-thirsty despot. Fearing competition by his wife, he killed both her and their two sons, making the Roman Emperor Augustus joke that he would rather be Herod´s pig than his son (since Herod´s faith forbade him to eat pork). Judea was since 47 BCE a part of the Roman province of Syria. Herod was a Roman minion, with free reigns as long as he paid his levies.
This was the reason to why an aged carpenter named Joseph and his young wife, Maria, went from their hometown to Joseph´s place of birth, Bethlehem. For tax reasons, he had to register himself and his family there. After travelling for two days they reached their destination, but found that Bethlehem was filled with visitors and it was impossible to find lodging. To make matters worse, Maria went into labour and had to give birth to her son in a cave. Joseph had recently married Maria and by accepting her awaited child as his own he had saved her from shame and even lynching, this since the father of her child was unknown. Shortly after the delivery, the poor couple found shelter in a stable, where Mary placed her new-born son among the straw of a crib. Shepherds came to pay homage to the baby, assuming he was the Messiah, the future king so hotly longed for by many Jews. A presumption that seemed to be confirmed when a group of wealthy foreigners appeared, carrying gifts for the infant.
However, Joseph was through a dream told he had to flee the country. Herod had been reached by a rumour that a new-born child would become king and overthrow him. The power intoxicated despot ordered that all boys up to two years of age had to be slaughtered. As people often did in the past, Joseph took his dreams seriously. He convinced Mary that they had to seek protection and asylum in Egypt. It was the small, fugitive Syrian family´s luck that no Egyptian guards serving a chauvinist regime were blocking the border for refugees. If that had been the case, Jesus would have been killed and we would not have a Christianity, which some European nationalist rulers currently use as a reason to deny asylum for Syrian refugees.
When Herod ordered the murder of innocents in an effort to secure his power, or when two loners spread death and horror in Christmas markets, they did so in disregard of feelings of others, denying one of the essentials of human existence – communication, which comes from the Latin “to share”. They proved to be egomaniacs unable to appreciate the joy of sharing happiness with others, the message at the very heart of Christmas celebrations.
Since 2011, more than 5.6 million have fled Syria. 6.6 millions more are displaced inside the country, while 2.98 million are isolated in hard-to-reach areas. The war continues and hope is fading fast.3 In these days, while many of us are enjoying ourselves in the company of friends and family, sharing food and gifts, we might give some thoughts to those who like the infant Jesus and his parents are suffering poverty, persecution and fear of death.
1 The Qur´an. A new translation by Tarif Khaladi (2009) London: Penguin Classics.
2 Before Common Era. A dating system taking as departure the birth of Jesus was devised in 525 ABE. However, it was not consistent with probable dates for the birth of Jesus and not widely used until after 800 ABE.
3 https://www.unhcr.org/syria-emergency.html
Jan Lundius holds a PhD. on History of Religion from Lund University and has served as a development expert, researcher and advisor at SIDA, UNESCO, FAO and other international organisations.