Print | Send by email
IPS Director General's Year end message
ROME, Dec 20 2018 (IPS) - The year now closing, 2018, culminates an extraordinary period in the quest for a world where sexual harassment and assault are, as the words indicate they should be, rare and punished. 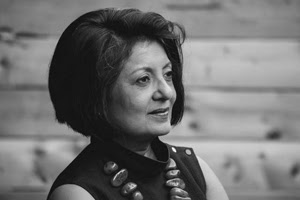 Farhana Haque Rahman
The star of this phase was no doubt the #MeToo hashtag popularized by Alyssa Milano, an American actor, on Twitter in late 2017. Given the hundreds of high-profile cases – and a number of resignations – exposed since then, it’s worth remembering that Milano’s target area expressly included Ethiopia, and that her intention was to “give people a sense of the magnitude of the problem”.


Equally worthy of recollection is that the MeToo phrase began in 2006 – when Myspace was more important than Facebook – by Tarana Burke, a social activist who understood how widespread sexual harassment is beyond the world of celebrities.
We must not forget just how vast “the problem” is.
I’d like to iterate strong support for all women everywhere who push back against what sometimes is described as some ancient cultural prerogative, like it or not. And especially for people in the world where IPS Inter Press Service works, that of journalism. A recent survey revealed that nearly two-thirds of female journalists have been harassed – physically, in person and often in frightening digital modes – and half of these pondered changing their career path as a result.
Everyone can only find that both appalling and a waste of human talent. Me too.
http://www.unwomen.org/en/news/stories/2018/10/announcer-iwd-2019-theme
https://wd2019.org/global-development-trends/
The theme for International Women’s Day 2019, which will take place on 8 March, is “Think equal, build smart, innovate for change”. The theme will focus on innovative ways in which we can advance gender equality and the empowerment of women, particularly in the areas of social protection systems, access to public services and sustainable infrastructure.