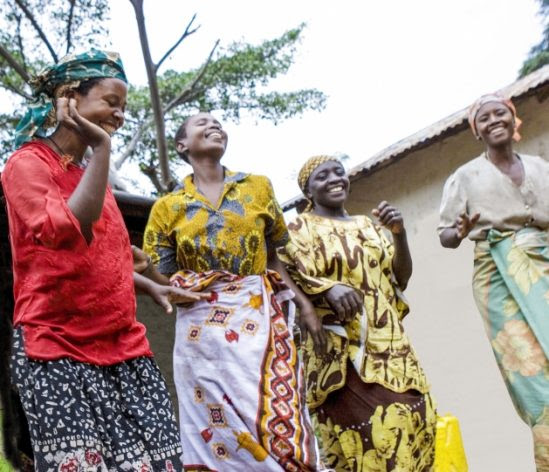 Credit: Raising Voices
YAOUNDÉ, Dec 6 2018 (IPS) - Ten years ago when I set out on a career in media, my dream was to work for a TV station. The first prospective employer I came across invited me to an interview in his hotel room.
As badly as I wanted the position, I had to give it up since it required a hotel room interview. Stories about employers demanding sexual favors for job opportunities were and are still very common in Cameroun.
Even before I had my foot in the door of my career, I was welcomed to a work landscape where sexual harassment at work was widespread. I went into this career “combat ready” having heard too many stories about what is expected from or done to women in the sector. Unfortunately, many women continue to go to work each day ready to fight off harassers. This constant battle is exhausting.
As widespread as sexual harassment is in corporate Cameroon, denouncing it is a herculean task for many women who are faced with the options of either enduring the harassment and keeping their jobs, or speaking out and going hungry

I settled for a radio job, gotten by merit. One afternoon as I was entering the studio, my colleague on the shift before mine was leaving. When I entered the studio, he closed the door and insisted on kissing me. I resisted and pushed him away. Other colleagues (males) in the technician’s booth watched it happen and laughed throughout. I was angry, disgusted and helpless. Colleagues laughed it off as a joke. The station at the time had no policy or provisions on how to handle cases of sexual harassment. Reporting sexual harassment in an organization with no internal tools or processes to deal with it, amounts to little or no action at all.


Many organizations do not have gender policies. In a recent reportabout sexual harassment at the African Union, interviewees said “…reporting incidents of sexual harassment was often counterproductive as there was no process internally to do so because the AUC does not have a sexual harassment policy”.
It isn’t just the lack of good corporate policies; it is the presence of patriarchal work culture and exploitation that makes it conducive for harassment to thrive. I remember, a colleague from another media house who was often assigned to go interview a particular business man in town or source for adverts from his company because she had broad hips and the business man had a known weakness for women built like that. Each time she was tasked with such assignments, she was told to “use her assets to secure funds for the organization”. She quit the job.
Forms of harassment at work are varied and include displaying inappropriate sexual images or posters in the workplace, telling lewd jokes, making inappropriate sexual gestures, staring in a sexually suggestive or offensive manner, making sexual comments about appearance, clothing, or body parts, inappropriate touching, including pinching, patting, rubbing, or purposefully brushing up against another person, making offensive comments about someone’s sexual orientation or gender identity.
This year I and other women journalists in Cameroon launched a campaign dubbed #StopSexualHarassment237 to address the recurrent stories of sexual harassment in work places. Many #MeToo stories came out of this campaign. A few media bosses reached out to ask what they could do to make their organizations safer. Others trivialized the issue and blamed frequent harassment on how women colleagues dressed. Other bosses, queried their staff for even taking part in such a campaign in the first place – a big indicator of how toxic some work spaces are and the hindrances to breaking the silence on the subject.
As widespread as sexual harassment is in corporate Cameroon, denouncing it is a herculean task for many women who are faced with the options of either enduring the harassment and keeping their jobs, or speaking out and going hungry. Denouncing could lead to one losing her job, as perpetrators are often people in positions of power. This situation can be easily solved if we had more women in management positions. Unfortunately, top leadership in corporate Cameroon is still a men’s club.
Over the years I have learnt that ensuring my safety at work starts right from recruitment. One question I ask every prospective employer or company I have worked with is “Does this company have a gender policy?” I set that agenda for what I expect from the company. I advise other women to do the same. One’s salary is not the only thing to crosscheck on a work contract. Our safety and sanity are important too.
In the past few months of our #StopSexualHarassment237 and #MeToo campaign, we have found strength in our collective resolve. Our campaign does not only engage professionals but also students in university and professional schools where unfortunately stories of sexual harassment have been normalised. So normal, that instead of fighting to stop sexual harassment society finds ways to justify and live with it. This “normal” was learnt. It is our duty to teach ourselves a new normal and stop sexual harassment at work and in our communities.
This article is published as part of an online campaign by the Gender Based Violence Prevention Network, coordinated by the Uganda-based organisation Raising Voices, to prevent violence against women. Use the hashtag #16daysofactivism to join the conversation, or check out @GBVNet via Twitter or visit the GBV Facebook page