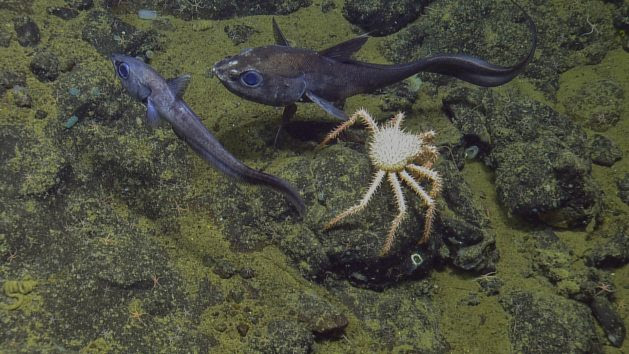 Seamounts are filled with a diversity of ocean life including anemones, feather stars, octopuses, lobsters and rockfishes. Credit: Ocean Exploration Trust, Northeast Pacific Seamount Expedition Partners
UXBRIDGE, Canada, Dec 5 2018 (IPS) - Despite the deep, cold waters, newly discovered undersea mountains off Canada’s west coast are home to a rich diversity of life.
“When we reached a seamount (undersea mountain), it was often like we were entering a forest, only of red tree corals and vase-shaped glass sponges,” said Robert Rangeley, Science Director, Oceana Canada.  “These areas were filled with a diversity of other animals including anemones, feather stars, octopuses, lobsters and rockfishes,” said Rangely who led the expedition in July.

Oceana, a marine conservation organisation, along with the Haida Nation, an indigenous people, the Federal government department of Fisheries and Oceans Canada, and Ocean Networks Canada were partners in the first in-depth investigation of the recently designated Offshore Pacific Area of Interest. This is a 140,000 square kilometre region 100 to 200 kilometres west of Vancouver Island in the province of British Columbia.
The waters in this region are also home to the vast majority of Canada’s known hydrothermal vents, deep-sea hot springs at the bottom of the sea floor.  As seawater meets the Earth’s molten magma it gets superheated and rises up through holes or vents in the sea floor carrying with it minerals leached from the crustal rock below forming bizarre chimney-like structures. These vents are home to strange forms of life that thrive in a toxic chemical soup where temperatures can reach 350 degrees C.
The expedition spent 16 days on the water and discovered six new seamounts with ancient and fragile coral forests and potentially new species. Even scientists who have visited seamounts on other parts of the world were blown away by the abundance and diversity of life found Rangely told IPS.
The expedition team also found lost fishing gear on some of the seamounts. This gear entangles marine life and destroys fragile and slow growing corals and sponges. Seamounts are often targeted by fishing vessels because they attract an abundance of fish. The damage wasn’t from bottom-trawling vessels that scrape along the seafloor but from long-line fishing. The Cobb seamount just outside of Canada’s Exclusive Economic Zone (EEZ) has been destroyed by fishing he said. 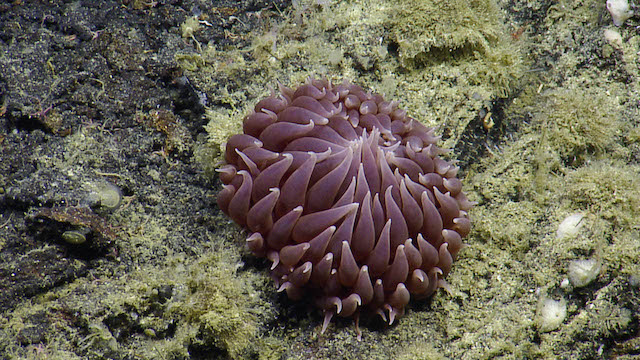