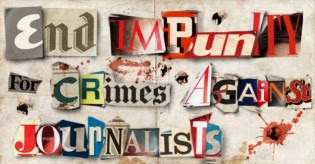 By Ignatius Banda
With Zimbabwe’s new President Emmerson Mnangagwa just concluding a 100-day timeline to address what he considered the country’s most pressing issues, which focused on economic revival, human rights activists have their own timeline.

By Sam Otieno
Freedom of the press in Kenya is facing its biggest challenge since independence, with government censorship on the rise both during and since last year’s general election.

By Emilio Godoy
Forest communities play a fundamental role in Mexico in combating land degradation, but they need more support to that end.

By Sally Nyakanyanga
Tapiwa Moyo, 40, religiously leaves her home each day when the first cock crows and joins a throng of women who have taken up artisanal mining in her community.

By Mario Osava
"Here we empower women and we do not tolerate domestic violence, which we treat as our own, not as an intra-family, issue," says Lurdinha Lopes, a leader of the squatting movement in Brazil.

By Fabiana Frayssinet
From the Argentine slogan "Ni una menos" (Not one [woman] less)" to Colombia’s “Now is not the time to remain silent”, activism against gender violence has grown in Latin America since 2015, with campaigns that have social and cultural differences from the "MeToo" movement that emerged later, in 2017, in the United States.

By Naimul Haq
Nobel Laureates Mairead Maguire, Shirin Ebadi and Tawakkol Karman met with more than 100 women refugees in camps in the coastal Cox’s Bazar region of Bangladesh this week, as well as travelling to the “no man’s land” where thousands of Rohingya have been stranded between Myanmar and Bangladesh.

By Daniel Gutman
A project to install a huge deposit of oil field waste pits has triggered a crisis in the north of Argentina’s southern Patagonia region, and brought the debate on the environmental impact of extractive industries back to the forefront in this Southern Cone country.

By Kul Chandra Gautam
As a member of OXFAM GB's Council of Trustees since 2014, I have received many queries about the recent scandal concerning sexual misconduct committed by some OXFAM staff in Haiti in 2011 and elsewhere. I appreciate the concerns expressed as well as many messages of solidarity and support for OXFAM in the face of the relentless onslaught of criticism – both fair and foul.

By Manipadma Jena
When Shiba Kurian alighted from Chennai’s city train, the evening office-returning crowd was thick and jostling. Having booked a ride-hail cab she walked out to the entrance. Instead of the cab for which she had to wait an hour, ribald comments and derisive laughter came her way from a group of roadside Romeos.

By Amantha Perera
It was a shutdown that was emblematic of the instability plaguing the Maldives in recent months.On Feb. 8, Raajje TV, an opposition aligned TV channel in the atolls, suspended broadcasting due to lack of security.

By Amina J. Mohammed
It may seem as if achieving Sustainable Development Goal (SDG) 16, and its target of ending all violence against children, depends mostly on action from governments and civil society. But we also need leadership from the business community to achieve a world where every child is free from violence, abuse, trafficking and torture.

By Pascal Laureyn
Researchers recently evaluated 65 countries which represent 87 percent of internet users globally. Half of them experienced a decline of internet freedom. China, Syria and Ethiopia are the least free. Estonia, Iceland and Canada enjoy the most freedom online.

By Geneva Centre
In the wake of the Al-Azhar sponsored international conference on the situation in Jerusalem held from 17 to 18 January 2018 in Cairo, the Executive Director of the Geneva Centre for Human Rights Advancement and Global Dialogue (“the Geneva Centre”) Ambassador Idriss Jazairy was received in a private audience by the Grand Imam of Al-Azhar His Eminence Dr. Ahmed al-Tayeb.

By Sarah Bermeo
The world’s wealthiest countries today promote development abroad in a way that is relatively new. For centuries, some of these countries colonized the developing world. As former colonies gained independence they were caught in the international power struggle of the Cold War, often led by dictators who found it in their interest to serve as pawns in great power proxy conflicts.

By Ernest Harsch, Africa Renewal
Nelson Mandela, shortly after becoming the first democratically elected president of South Africa, spoke to both his countrymen and women—indeed, for Africans everywhere—when he declared, “We must work together to ensure the equitable distribution of wealth, opportunity and power in our society.”

By Thalif Deen
When Norwegian parliamentarian Bjørnar Moxnes recently nominated the BDS movement for the 2018 Nobel Peace Prize, the leader of Norway’s Red Party faced the inevitable: a furious backlash from pro-Israeli and anti-Palestinian groups.

Ethnic Violence in Ethiopia Stoked by Social Media from U.S.

By James Jeffrey
In Ethiopia social media is a double-edged sword: capable of filling a sore need for more information but also of pushing the country toward even greater calamity.