The loudmouths at the top | The Indian Express

The loudmouths at the top | The Indian Express

The loudmouths at the top 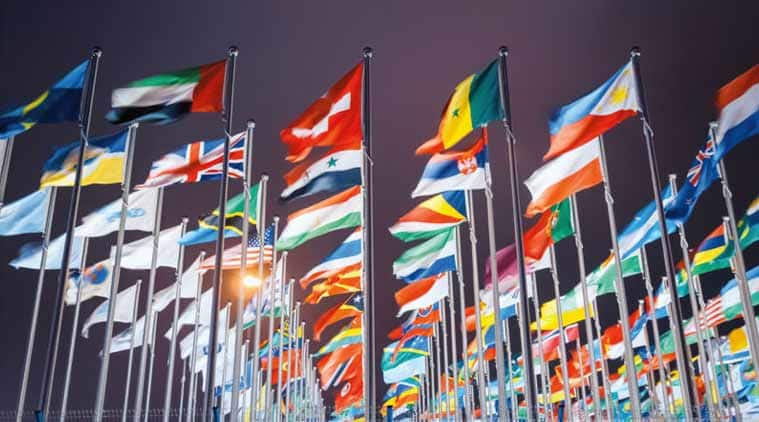 Most people of this generation have been lulled into believing that large-scale conflict is a thing of the past, but that may be ignoring the fact that at the core, people are the same.
We live in an age of dictators. Across the world — from America to China and from Russia to India — macho, nationalist autocrats are cementing their authority by ratcheting up jingoist rhetoric to dangerous levels. The world may not have seen a major war for nearly eight decades but we stand today at a precipice; at no time in recent history has global peace and stability appeared so fragile and perilously poised. Most people of this generation have been lulled into believing that large-scale conflict is a thing of the past, but that may be ignoring the fact that at the core, people are the same. The same fears, ambitions and hates that triggered the great conflicts in history still burn bright inside people and dictators are the ones most adept at spotting and exploiting such primordial feelings.
It is no coincidence that the biggest dictator and the greatest threat to global stability today is the world’s most powerful leader, Donald Trump. He swept to power stoking nationalist sentiments, promising to put “America First” and since assuming office, every step of his has had the signature of a true dictator. His is the classic prototype — the egoistic bully who seeks to rule like a monarch, taking unilateral decisions, sacking people who don’t toe his line, shedding every tenet of diplomacy and adopting a naked imperialist façade meant to whip up a frenzy of nationalist fervour among unsuspecting and deluded citizens. In an earlier era, the rhetoric would have been military but in today’s context, the bigger wars are often economic or technological. Those are the new routes to domination. Thus, it comes as no surprise that Trump is dragging the world to the brink of a trade war by provoking his biggest adversary, China. America has announced plans to levy tariffs on 1,300 Chinese goods amounting to 50 billion dollars of exports. China has responded by saying it would be “only polite to reciprocate” and the tariffs will be matched in “scale” and “intensity”. This is how trade wars begin. A trade war is no less bloody than a military conflict.
Donald Trump’s aggression has brought many global dictators out of the closet. The US’s main challenger to global dominance is China, where President Xi Jinping recently scrapped presidential term limits, paving the way for him to remain president for as long as he wants. China is now, technically, a dictatorship. In Russia, Vladimir Putin has been “elected” for another six-year term and it is apparent that he will rule Russia for as long as he lives. In Brazil, Jair Bolsonaro, the main challenger for the throne in this year’s election, is widely regarded as a Brazilian Trump. His election slogan is “Brazil above everything.” It’s only Europe where, perhaps on account of its relatively recent memory of bloody dictatorial regimes, autocrats have not had an unopposed ride. But then the fascist AfD party is rising in Germany and the signs from Italy are not encouraging.
The starting point of these nationalist conflicts may be economic, but the prospect of military aggression simmers beneath the surface. Vladimir Putin has unveiled an “invincible” intercontinental missile, with animated videos showing Florida as the target, causing much consternation in the US. Xi Jinping says he is “ready to fight the bloodiest battles against China’s enemies.” Trump has already shown how trigger-happy he can be, in his vitriolic exchanges with Kim Jong Un of North Korea. Rational thinking might suggest that the nuclear deterrent will prevent outright wars between the big boys, but do Donald Trump or Vladimir Putin appear to be rational men? Their words and actions have a distinctly medieval ring, that of blood-thirsty generals baying for war, to lead their great nations to glory and riches. They are men of vaulting ambition and myopic vision.
Such belligerent behaviour of despots often stems from deep insecurity. There is a palpable feeling that the US is an empire in decline; its considerable edge in technology may delay the slide but the signs are ominous. Trump’s reckless anti-globalisation drive may be a desperate attempt to salvage the deep-rooted malaise affecting the US manufacturing sector and the steadily declining incomes of most American citizens. It is destined to fail but for a while the balm of nationalism may dull the pain. Such is the story of many dictators today — bravado in the face of rot. But for the rising empire — China — it is a case of opportunism.
Xi Jinping believes that China’s moment on the global stage has arrived. He is, thus, busy consolidating China’s strategic and economic footprint in Asia to emerge on top of this bipolar face-off. Friction is in the air, with more sparks likely to fly. Stars don’t die nor are new ones born, without turbulence in the firmament.
Closer home, India is not powerful enough to sit at the global high table yet. But our recent actions in neighbouring South Asia, those of a classic neighbourhood bully, demonstrate that we may nurse similar ambitions. And the heavy hand of local governance, often unilateral and oppressive, bears tell-tale signs of dictatorial tendencies. Thus, it may be a bit rich of us to point fingers at the world’s dictators — as they say, people in glass houses shouldn’t throw stones.
The writer is consulting editor with CNBC-TV18
For all the latest Opinion News, download Indian Express App
More From Udayan Mukherjee 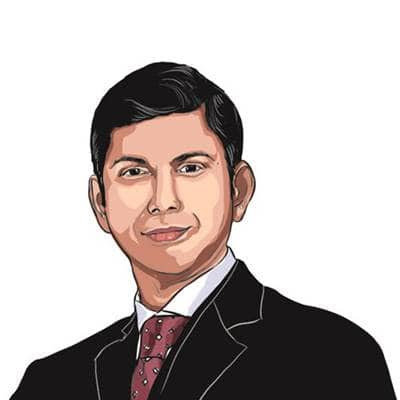