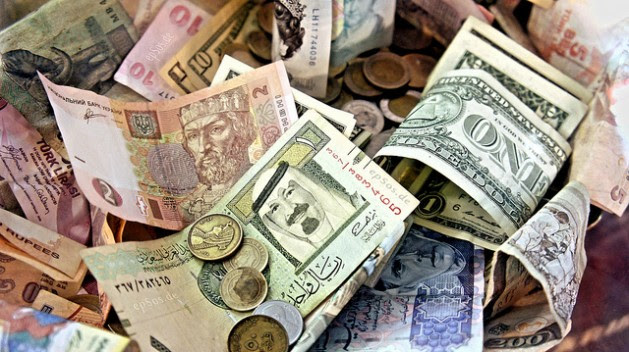 There is a broad spectrum of potential avenues for the illegal skimming from or shifting of profits in developing countries, carried out by criminal entities, corrupt officials and dishonest corporations. Credit: epSos .de/cc by 2.0
NEW YORK, Apr 24 2018 (IPS) - Illicit trade in any of its forms—alcohol, tobacco, pharmaceuticals, diamonds, timber, ivory and oil—sits at the nexus of two social-economic disorders that challenge global stability.
Firstly, the global economy remains on unsteady footing, and governments are scrambling to stimulate growth, employment and investment in infrastructure and other public programs.
Secondly, the upswing in criminal activity and lawlessness—in some cases punctuated by terrorist acts—has left us all questioning our security for this generation and the next.
Illicit trade exacerbates both problems and presents governments with an immediate challenge to address their pervasive and significantly negative impacts on our economy and our civil society.
Economic Impacts Deriving from Illicit Trade in the Petroleum Sector
Every year, an estimated $133 billion of fuels are illegally stolen, adulterated, or defrauded from legitimate petroleum companies. Roughly 30% of Nigeria’s refined fuel products are smuggled into neighboring states and pipeline fuel theft in Mexico is at record levels.
This illegal activity creates an enormous drain on the global economy, crowds out billions from the legitimate economy and dislocates hundreds of thousands of jobs.
Equally significant are associated fiscal losses from tax evasion and subsidy abuses that deprive governments of revenues for vital public services and force higher burdens on taxpayers—especially in developing countries where petroleum industry royalties and tax payments finance development.
For example, Philippines loses $750 million annually in tax revenue from fuel adulteration and smuggling. Dakila Cua, Chairman of the Philippines House Committee on Ways & Means, told me that fuel smuggling is a vicious practice that deprives his country of precious revenues for investment in infrastructure. He confirmed that the problem is deeply embedded in the Philippine economy and throughout ASEAN economies. The value of the illegal fuel trade in Southeast Asia ranges from $2 to $10 billion a year.
Links to transnational Organised Crime and Terrorism
The links between illicit trade and organized crime are well established. The global economic value of oil and fuel theft ranks amongst the highest of transnational crimes. Research shows connections between oil theft and drug cartels in Mexico; insurgents and human traffickers in Thailand; human smugglers in Libya; terrorists in Ireland; militant groups in Nigeria; rebel movements in Mozambique, and of course, ISIS.
This activity significantly threatens national and regional stability, and creates significant deterrents for business investment, which thrives in stable, peaceful environments.
Notably, the criminal connection is not limited to oil and fuel theft. Transnational organized crime is involved in all forms of illicit trade, from human trafficking networks and tobacco smuggling, to the involvement of the Mafia and Camorra in the trade of counterfeit goods. Moreover, profits from one illegal activity are frequently used to finance a different type of illicit trade.
Illicit Trade and Environmental Degradation
Illicit trade in the petroleum sector perpetuates extensive ripple effects across global markets, including undercutting sustainable development and hastening environmental degradation. The process of illegal tapping, bunkering and ship transfers, for example, carry a higher probability for oil spills and blown pipelines, potentially causing significant damage to soil fertility, clean water supplies and marine life.
Consequently, fighting fuel fraud is a global responsibility, as well as a prerequisite for the achievement of the UN SDGs.
Solutions
Despite these severe negative effects, the global problem of oil and fuel theft so far has been largely unchecked and remains mostly hidden from international attention.
Any long-term solution will be dependent on sustained collaboration between governments and the private sector.
Business will contribute by continuing to develop technical solutions, such as fuel markers and GPS tracking. Modern fuel-marking programs allow governments to identify stolen or diverted fuel and reduce fuel losses, while delivering improved integrity in fuel supply chains, mitigating tax evasion and subsidy abuses, and plugging revenue drains.
Business also can share intelligence, data, resources and measures that effectively control this illicit activity. And Business is willing to work with partners to convene stakeholders, improve awareness, expand the knowledge base, and energize the global dialogue.
Governments, however, need to improve regulatory structures, set deterrent penalties, rationalize tax policies, strengthen capacity for more effective enforcement and educate consumers. This is a matter of urgency and government efforts to fight illicit trade should be considered investments that pay tangible dividends to economic development and global security.
The Transnational Alliance to Combat Illicit Trade (www.TRACIT.org) is responding to this challenge by leading business engagement with national governments and intergovernmental organizations to ensure that private sector experience is properly integrated into rules and regulations that will govern illicit trade.
Our specific engagement in the petroleum sector stems from the shared understanding that a united industry voice is required to track, report and stop fuel fraud – from extraction to production to distribution to consumers.
The geographic diversity and wide-ranging methods of oil and fuel theft and fraud require a comprehensive global approach to mitigating the problem. All stakeholders have an interest in stamping out illicit trade; and all benefit from collective action.
*The Transnational Alliance to Combat Illicit Trade (TRACIT) is an independent, business-led initiative to mitigate the economic and social damages of illicit trade by strengthening government enforcement mechanisms and integrating supply chain controls across industry sectors.