Another Debt Crisis for Poor Countries?

Print | Send by email
Masood Ahmed is President of the Center for Global Development*
WASHINGTON DC, Apr 18 2018 (IPS) - When the world’s finance ministers and central bank governors assemble in Washington later this month for their semi-annual IMF meeting, they will no doubt set aside time for yet another discussion of the lingering debt problems in the Eurozone or how impaired bank debt could impact financial stability in China. 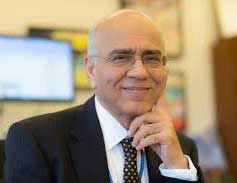 Masood Ahmed
They would do well to also focus on another looming debt crisis that could hit some of the poorest countries in the world, many of whom are also struggling with problems of conflict and fragility and none of which has the institutional capacity to cope with a major debt crisis without lasting damage to their already-challenged development prospects.


Nearly two decades ago, an unprecedented international effort—the Heavily Indebted Poor Countries (HIPC) Debt initiative—resulted in writing off the unsustainable debt of poor countries to levels that they could manage without compromising their economic and social development.
The hope was that a combination of responsible borrowing and lending practices and a more productive use of any new liabilities, all under the watchful eyes of the IMF and World Bank, would prevent a recurrence of excessive debt buildup.
Alas, as a just-released IMF paper points out, the situation has turned out to be much less favorable. Since the financial crisis and the more recent collapse in commodity prices, there has been a sharp buildup of debt by low-income countries, to the point that 40 percent of them (24 out of 60) are now either already in a debt crisis or highly vulnerable to one—twice as many as only five years ago.
Moreover, the majority, mostly in Sub-Saharan Africa, have fallen into difficulties through relatively recent actions by themselves or their creditors. They include, predictably, commodity exporters like Chad, Congo, and Zambia who have run up debt as they adjusted (or not) to revenue loss from the collapse in oil and metals prices.
But they also include a large number of diversified exporters (Ethiopia, Ghana, and the Gambia among others) where the run-up in debt is a reflection of larger-than-planned fiscal deficits, often financing overruns in current spending or, in a few cases, substantial fraud and corruption (the Gambia, Moldova, and Mozambique).
The increased appetite of sovereign borrowers has been facilitated by the willingness of commercial lenders looking for yield in a market awash with liquidity, and by credit from China and other bilateral lenders who are not part of the Paris Club.
It is striking that between 2013-16, China’s share of the debt of poor countries increased by more than that held by the Paris Club, the World Bank and all the regional development banks put together.
Nor do traditional donors come out entirely blameless. Concessional funding for low-income countries from the (largely OECD) members of the DAC fell by 20 percent between 2013–16, precisely the period in which their other liabilities increased dramatically.
As for the IMF and World Bank, while it may have been wishful thinking to hope they could prevent a recurrence of excessive debt, it was not unreasonable to expect that they would have been more aware as this buildup was taking place and sounded the alarm earlier for the international community.
There is also a plausible argument that excessively rigid rules limiting the access of low-income countries to the non-concessional funding windows of the IMF and World Bank left no recourse but to go for more expensive commercial borrowing, with the consequences now visible.
How likely is it that these countries are heading for a debt crisis, and how difficult will it be to resolve one if it happens? The fact that there has been a near doubling in the past five years of the number of countries in debt distress or at high risk is itself not encouraging.
And while debt ratios are still below the levels that led to HIPC, the risks are higher because much more of the debt is on commercial terms with higher interest rates, shorter maturities and more unpredictable lender behavior than the traditional multilaterals.
More importantly, while the projections for all countries are based on improved policies for the future, the IMF itself acknowledges that this may turn out to be unrealistic.
And finally, the debt numbers, worrying as they are, miss out some contingent liabilities that haven’t been recorded or disclosed as transparently as they should have been but which will need to be dealt with in any restructuring or write-off.
The changing composition of creditors also means that we can no longer rely on the traditional arrangements for dealing with low-income country debt problems. The Paris Club is now dwarfed by the six-times-larger holdings of debt by countries outside the Paris Club.
Commodity traders have lent money that is collateralized by assets, making the overall resolution process more complicated. And a whole slew of new plurilateral lenders have claims that they believe need to be serviced before others, a position that has yet to be tested.
It is too late to prevent some low-income countries from falling into debt difficulties, but action now can prevent a crisis in many others. The principal responsibility lies with borrowing country governments, but their development partners and donors need to raise the profile of this issue in the conversations they will have in Washington.
There is also an urgent need to work with China and other new lenders to create a fit-for-purpose framework for resolving low-income country debt problems when they occur.
This is not about persuading these lenders to join the Paris Club but rather about evolution towards a new mechanism that recognizes the much larger role of the new lenders, and demonstrates why it is in their own interest to have such a mechanism for collective action.
Traditional donors also need to look at their allocation of ODA resources, which face the risk of further fragmentation under competing pressures, including for financing the costs in donor countries of hosting refugees.
Finally, the assembled policymakers should urge the IMF to prioritize building a complete picture of debt and contingent liabilities as part of its country surveillance and lending programs, and to base its projections for future economic and debt outcomes on more realistic expectations.
They should also commission a review to examine the scope for increased access to non-concessional IFI funding for (at least) the more creditworthy low-income borrowers.
It is the poor and vulnerable that pay the heaviest price in a national debt crisis. They have the right to demand action by global financial leaders to make such a crisis less likely.
*Masood Ahmed previously led the World Bank’s Heavily Indebted Poor Countries debt relief initiative, which has to-date brought relief from debt burdens to 36 of the world’s poorest nations.