Keeping Power in Check – Media, Justice and the Rule of Law

Print | Send by email
Alison Small is a communications expert and a former United Nations official.

This article is part of a series of stories and op-eds launched by IPS on the occasion of World Press Freedom Day on May 3. 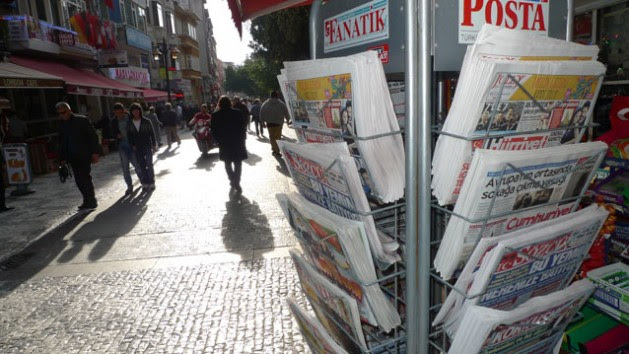 Newspaper kiosk in Istanbul's Kadiköy district. Credit: Joris Leverink/IPS
NAPIER, New Zealand, Apr 17 2018 (IPS) - Rarely has the press been as powerful as it is today. Thanks to the advent of social media, the use of which has grown exponentially, the combination of the formal press, newspapers, television and radio is now strengthened, and itself even kept in check by social media. Jo and Joanne citizen have found a voice, not infrequently with the power of a political and social tsunami. 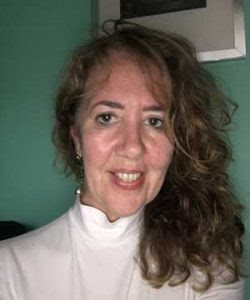 Alison Small
What does this mean for the greater good? Is this helpful to governments to have so much feedback, so quickly?
The role of global policeman has changed from one powerful government or several governments to what used to be called the Fourth Estate, the press frequently on the back of social media.
In many developed and developing countries public opinion has rarely been so vocal, gone are the days of the so called silent masses.
From the Arab spring to the near independence of Catalonia, the plight of Rohingha refugees to name just a few, the negative effects of climate change, the driving force has been the voices of ordinary people, fleshed out by effectively 24-hour analysis by news agencies, newspapers, blogs and just about anyone with access to the internet.
This new role of public opinion is weighty, often meaning that the weight of opinion can condemn before due process has had a chance to examine both sides of an argument.
At this point it is up to the media to step in and to try to analyse with some objectivity the groundswell from so many voices pronouncing on an event or events. It means that only the most determined governments, those determined to censor or limit both traditional and social media, can make laws without the huge onslaught of public opinion holding sway.
We need the media to raise awareness to help governments create, regulate and enforce laws but we also need to ensure that uninformed opinion does not dominate and cause as much if not more harm than is already possible at the government level.

That said, the latest scandal that has hit social media giant Facebook and the abuse of data provided by users, whether voluntary or involuntary, means that the integrity of social media platforms is now heavily in question.


On the other hand, the formal media come into their own at this point as newspaper, TV and radio revel in a blow by blow analysis of the problems facing the governance and security of social media, thus the press versus the informal press creates a degree of self regulation.
Facebook is now obligated by the US and other governments to provide more security to users. Thus even the social media has its own checks and balances. Whether they will be sufficient to self-regulate in the future will depend on how vigilant users are themselves and the ethics of the platform administrators, owners and big business which through advertising keeps social media alive.
The fact remains that despite actual and potential abuses of press freedom to influence voters and the public in general or governments to change policies or address issues, we have effectively gone too far to turn back.
More to the point, with political parties everywhere dependent on their ability to influence voters through their appeal to the media and more lately social media, or for that matter, the public to lobby governments and or the private sector to raise awareness about anything from politics to environmental, social and health issues, we rely on the media to convey information, whether the traditional media or social media platforms.
The real issue is whether or not the media at large has sufficient ability to self-regulate or has it already spiralled out of control in terms of influencing opinion, be it about the evils of unlimited plastic consumption or mass migration, to bringing down governments and major private interests.
We need the media to raise awareness to help governments create, regulate and enforce laws but we also need to ensure that uninformed opinion does not dominate and cause as much if not more harm than is already possible at the government level.
If we limit the power of social media, we are limiting citizens’ rights to make their voices heard and yet in all things a degree of control is needed. Can we therefore trust those who would undertake such controls not to go too far so that social media, as has happened with the traditional media, is not used as a weapon in itself. This is the dilemma that Facebook is confronting, the outcome of that debate will be the ultimate litmus test for scial media, and in a sense for traditional media as well.