Spanish residents in UK: “Brexit has turned us into bargaining chips” | In English | EL PAÍS

Spanish residents in UK: “Brexit has turned us into bargaining chips”

PABLO GUIMÓN
London 3 ENE 2017 - 07:09 ART
It was like a punch in the stomach. Disappointment, sadness, loneliness, fear and insomnia hit thousands of people on June 24, the morning after the UK voted to leave the European Union. María Luisa Llorente, Mayte Bujalance, Nacho Romero and Luz Villarrubia were especially worried, four of the approximately 200,000 Spaniards residing in the United Kingdom. They say that after the Brexit vote, they felt as though their neighbors had turned their backs on them, and that their future in the UK was now under question. 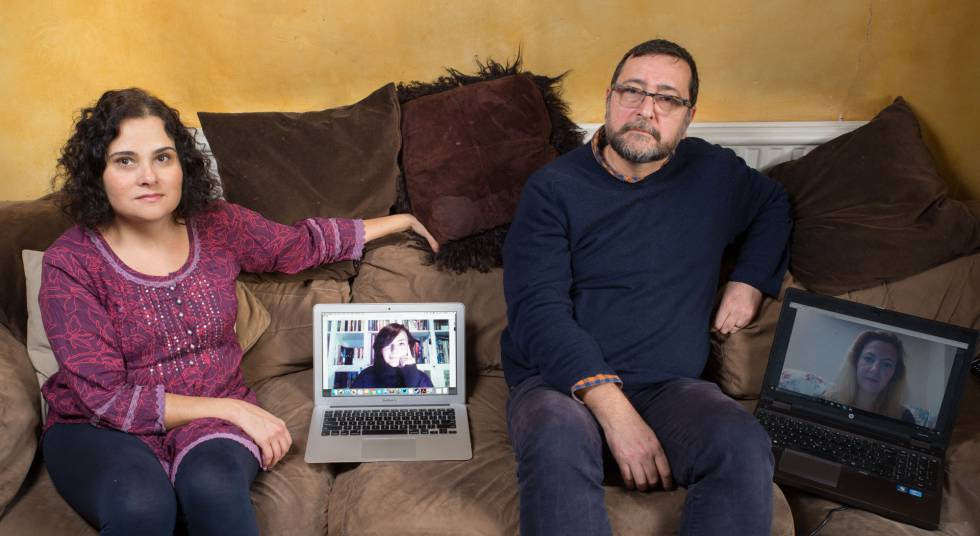 
“The way to cope with the anxiety is to do something,” says Villarrubia, 47, a psychotherapist in Brighton and who has lived in the UK for more than half her life. “We’ve charged out, like bulls from the pen, to find the voice that we didn’t have before.”
Like many of the three million EU citizens who live in the United Kingdom, after Brexit, she began looking on the internet in search of answers. Eventually, she helped create a Facebook group Españoles en Reino Unido - Surviving Brexit.Today, it has nearly 1,000 members.

I don’t know if I’ll end up leaving, but I want to be the one who decides
ROMERO, WHO HAS LIVED IN LONDON SINCE 1988

The group allows members to share their experiences, concerns and solutions to common problems. From the moment that it was created, its members wanted to open a dialogue with the Spanish government, through the Spanish Embassy in London.
Llorente, one of the group’s developers, is a Spanish citizen, but grew up in Venezuela before moving to London. She wanted the same diplomatic support that she remembers receiving in Venezuela.
The group sent a letter to Federico Trillo, Spain’s ambassador to the UK, with a number of concerns. On December 8, the ambassador and a team of experts received 25 members of the Facebook group to discuss those concerns. The embassy promised to help them. Those who attended said the meeting was “positive.”
Romero, a 52-year-old lecturer in neuroscience, has lived in the capital since 1988 and considers himself lucky because he is in the process of obtaining British nationality.
The Facebook group allows members to share their solutions to common problems
“Besides wanting security, the reason I’m trying to get nationality is because after living here for 28 years I feel like I don’t have a voice or a vote about many of the issues that directly affect me and my family: my husband Kevin and Lola, my cat,” he explains.
“It’s a shock to feel like you’ve been rejected in the country that you consider your home,” Romero says. “It’s strange how all of a sudden you become the focus of political conversations. We have been dehumanized; they’ve turned us into bargaining chips.”
Llorente’s case is more complicated. She has lived in the UK for 16 years, is married to a British national originally from India, and has a child with a British passport. Two years ago her parents moved to England from Venezuela to be closer to her. They are Spanish nationals.
“Although I have a Spanish passport, my links to that country are basically nonexistent. I don’t have anywhere to go back to, and no one can guarantee us that we can stay here,” she explains.
Bujalance, 41, is a Spanish teacher, and has been in England for eight years. She faces the same obstacle as Llorente and many others – to get permanent residency, she needs to demonstrate she has worked for five years without interruption.
“I stopped working to take care of my kids and although I went back to work after, I can’t get my permanent residency,” she says.
Uncertainty has become the norm following the Brexit vote. Given that there are no precedents, the only thing politicians know for sure is that negotiations will be long and complex. As one minister admitted, Europeans residing in the UK are one of the country’s main bargaining chips.
The Spanish embassy in London has promised to help its citizens in the UK
“I made it clear to the other EU leaders that it remains my objective to give reassurance early on in the negotiations to EU citizens living in the UK and UK citizens living in EU countries that their right to stay where they have made their homes will be protected by our withdrawal,” said British Prime Minister Theresa May in parliament on December 19.
Brexit negotiations have not yet begun, and politicians have backtracked on many statements they have made regarding the process, sometimes within a matter of days.
“I’m beginning to feel uneasy about speaking with my accent,” says Romero. “When we have to ask someone something in the street, I’m surprised to find myself asking my British husband to ask so I don’t have to.”
“This won’t affect some of the Europeans who live here so much,” explains Villarrubia. “But for many of them, those of us who have more to lose, it causes a lot of anxiety. When you have so much invested, the conversations become less banal. I don’t know if I’ll end up leaving, but I want to be the one who decides. I don’t want to say that I was forced to go to Spain because the British people went crazy.”
English version by Alyssa McMurtry.
Publicado por salud equitativa en 5:37