Full marks for calling out his crudeness; fail for respecting the ability of the disabled to fight back 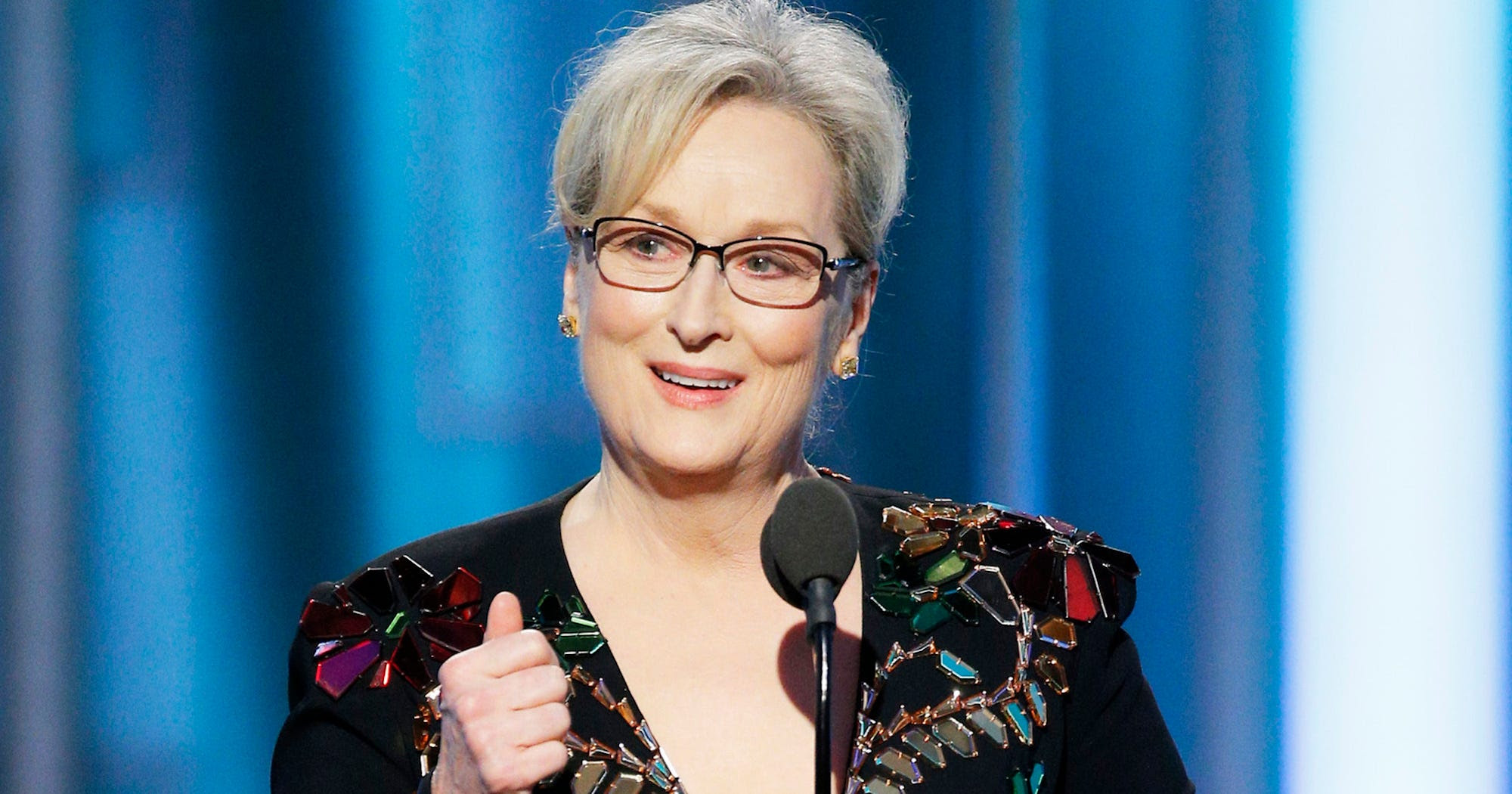 Meryl Streep’s acceptance speech at the Golden Globes hauled Donald Trump over the coals for mocking a disabled reporter. Hollywood applauded, the public approved, and fellow stars lined up to offer their approval, including Robert De Niro, who wrote a letter of support to his former co-star.
But her speech also stoked the fires that fuel indignant outrage from those who argue that actors should stick to the script and not get involved in politics. Writing in The Spectator, Charles Moore declared that: “Meryl Streep should watch her words on disrespecting the afflicted.” One might not expect the disabled community to agree with Moore, however many do, but for an entirely different set of reasons.
Streep was at the time accepting the Cecil B DeMille award for her lifetime achievement in the film and television industry. The speech was broadcast around the world, regurgitated on thousands of Twitter feeds and Facebook posts. She segued wonderfully from talking about acting into her feelings about the current president-elect:

There was one performance this year that stunned me. It sank its hooks in my heart. Not because it was good. There was nothing good about it. But it was effective, and it did its job. It made its intended audience laugh and show their teeth.

This was a contained, yet passionate performance from Streep. She then added:

It was that moment when the person asking to sit in the most respected seat in our country imitated a disabled reporter. Someone he outranked in privilege, power and the capacity to fight back. It kind of broke my heart when I saw it. I still can’t get it out of my head, because it wasn’t in a movie. It was real life.

The disabled reporter concerned is Serge Kovaleski, formerly of the Washington Post. Shortly after the attacks on the World Trade Centre in 2001, Kovaleski and fellow reporter Fredrick Kunkle were investigating rumours that “law enforcement authorities detained and questioned a number of people who were allegedly seen celebrating the attacks”. In 2015, Donald Trump alleged that he had seen thousands celebrating the attacks and referenced the Kovaleski/Kunkle article. (When asked about this, Kovaleski responded: “I certainly do not remember anyone saying that thousands or even hundreds of people were celebrating. That was not the case, as best as I can remember.”)
Kovaleski has a physical disability, arthrogryposis, which results in contractures of the joints. In this case, most notably in his right hand and wrist. In the 2015 speech, given at a rally in South Carolina, Trump appeared to mock him by making hand gestures, but also, by inferring in the manner and tone of his voice, and the exaggerated blank expression on his face, that Kovaleski is in some way intellectually disabled.
We don’t need your outrage
So why have disabled activists proved to be Streep’s harshest critics?
Perhaps this is best summed up by writer and blogger Sarah Levis from girlwiththecane.com: “While I agree that Donald Trump mocking Serge Kovalesk … is crude and tasteless”, she writes, “I take absolute exception to the idea that Kovaleski has no power to fight back”. Kovaleski is a Pulitzer prize winning journalist. Arguably he has found that the best way to respond to Trump is silence. If he wanted to respond, he does have the power and the platform.
Levis goes on to state her outrage that despite all the bizarre and outrageous acts and pronouncements of the president-elect, it is the mocking of Kovaleski that the public regard as the low point of Trump’s electoral campaign: “Because he’s a disabled man, and because we all know that disabled people are powerless and can’t fight back.”
This is one of the many stereotypical tropes that disabled people have to contend with, tropes that ironically have been propagated by the Hollywood machine. When Trump enacted his mockery was he perhaps channelling Tom Hanks’s performance in Forrest Gump? Or Cuba Gooding Jr’s portrayal of an intellectually disabled man in the film Radio?
In 1992, Colin Barnes, a professor of disability studies, wrote a report in which he outlined commonly recurring stereotypes associated with disability. These include portrayals of the disabled person as pitiable and pathetic, as an object of ridicule and as incapable of participating fully in community life. Streep’s speech regurgitated these stereotypes and further compounded the problem by not mentioning Kovaleski by name. As Levis states in her blog: “Your outrage rings hollow when you can’t even be bothered to learn his name.”
There is better news for Streep from Karin Willison, editor of disability awareness site The Mighty who wrote: “As a woman with a disability, I was deeply moved.” She recognised that Streep’s “words have the power to start a national conversation about disabilities and ableism”. This, I believe, is a point worth noting. Few problems can be solved in a five minute speech, but it can start a conversation on the representation of disabled people in the media, particularly on our screens.
With that in mind, Meryl Streep could do one thing right now that would really help: encourage her fellow thespians to stop taking acting roles that could be played by people with disabilities, to encourage screenwriters to write more roles for disabled actors and to encourage studios, broadcasters and distributors to prioritise works that encourage diversity in front of and behind the cameras.

January 26 is Australia Day, a day to play backyard cricket, get sunburnt, sink a few tinnies and have a barbie with the rels. So MercatorNet is taking a holiday tomorrow. The video on the homepage gives an idea of the respect that this august occasion inspires in Aussies all over the world.
If you won't be sharing in the festivities, at least you will have plenty of reading to tide you over until Friday. I recommend Celia Wolf-Devine's suggestions for revivifying America's Democratic Party by creating a space for pro-life sentiment.