5 ENE 2017 - 08:05 ART
On October 3, 2015, a new civil rights code came into effect in Spain’s Basque Country region, allowing parents to disinherit their children without providing a specific reason. “Just 24 hours later we were getting calls from people wanting to change their wills,” says public notary Félix Ignacio Torres Cía from the Basque town of Vitoria. “Even in the months before the law came into force, when all we had were rumors, people were calling us and looking for answers.” 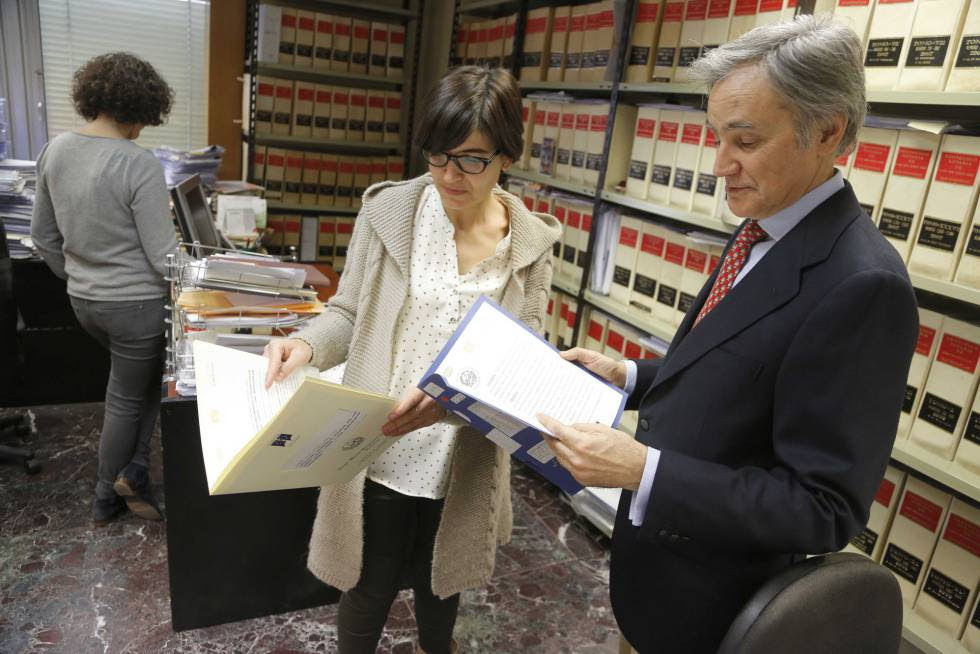 
The clause in the new law that makes it feasible for parents to disinherit their children hit the headlines in Spain, causing phone systems in the Basque Country’s notary offices to be overloaded.
“We don’t know exactly how many people have asked for information or changed their wills,” says a spokesperson from the College of Public Notaries in the Basque Country. “But since the law took effect, consultations have easily doubled.”
Residents of other regions have looked at relocating to take advantage of the Basque law
Legal advice bureau Legálitas has more accurate figures. According to its own data, the number of consultations from the Basque Country rose by 25% in 2015 after the new law took effect, while there was only a 1% rise over the same period in the rest of the country.
Despite the lack of statistics, informal consultations with notary offices in the Basque Country leave no doubt as to the overwhelming response to the law.
“People started coming to change their will as soon as they grasped the implications of the new law – above all, old people,” says a spokesperson from the Lorena Lamana notary office in Bilbao. Another notary in Bilbao, who prefers to remain anonymous, agrees. “The first months after the new law came into force were very busy,” he says. “People saw the news on TV or in the papers and called us.”
But what does disinheriting a child imply exactly? In all of the Spanish regions where inheritance is covered by the Spanish Civil Code, offspring are legally entitled to two-thirds of the deceased’s assets. In other regions, such as Galicia, Catalonia, Aragon, the Balearics and Navarre, the proportion varies. If parents want to disinherit their offspring, there needs to be a convincing argument to justify the decision, such as abuse.
However, the new Basque law brings the legal inheritance entitlement of offspring down to a third while adding a clause that allows people to leave one or more descendants (either children or grandchildren) out of their will without having to provide cause. As such, one or more children can be disinherited.
Huge interest in the new law collapsed the phone systems of Basque notary offices
“Children who have been explicitly excluded from the will have no right to inheritance,” says Diego Granados de Asensio, Dean of the College of Public Notaries in the Basque Country and Professor of Civil Law at Deusto University in San Sebastián. “And the parents don’t have to offer any explanation, they simply explicitly exclude them or avoid mentioning them in the will. If you don’t mention them, it’s the equivalent to cutting them out.”
In addition, a child left out of a will has no right to appeal.
However, there is an exception to the new law: in the case of an only child with no children, this disinheritance clause ceases to be valid. This only child is legally entitled to a third of all assets, and, should the parents wish to disinherit him or her, they would be obliged to justify their decision.

Most of the disinheritance cases have been due to a loss of contact rather than family conflict. “What we are seeing are parents who have had no relationship with their children or grandchildren for years, either because they have moved away or because they’ve had a disagreement and distanced themselves,” says one notary in San Sebastián. “In these cases, the children become estranged and the parents don’t want to leave their inheritance to strangers.”
During the course of his work, Diego Granados has seen other motives at play. “The most common reason for explicitly excluding a child has been alcoholism, drug use, gambling or similar addictions,” he says. “The parents don’t want to leave their children the money because they know that it will be badly spent. And that’s a real shame.”
The new Basque law allows people to disinherit their children without having to provide a reason
But the new law has also been modified in other ways that favor the heir. For example, a person cannot inherit debts beyond the value of the inheritance. By contrast, in most of Spain, heirs usually have to assume responsibility for the debts they inherit and pay them off with their own money.

Basque notaries have been inundated with calls from residents of other Spanish regions wanting to register as residents of the Basque Country and take advantage of the new law.
Notaries in a number of Basque cities say they have had calls from residents of Aragón, Cantabria, La Rioja and Castile y León, wanting information. “They have even asked how to sign on as residents here so they can benefit from the new law,” says one notary in Vitoria.
But lawyer Sara García from Legálitas explains that while registering as a resident alone would work in theory, it is unlikely to be enough. “If someone registers here but doesn’t live here, it’s easy to prove,” she says. “This means they would be unable to take advantage of the law.”
It remains to be seen how far parents are prepared to go to leave their children with nothing.
English version by Heather Galloway.
Publicado por salud equitativa en 5:40