TRUMP AND US HISPANIC COMMUNITY

Removal of links to other language “not a good idea,” says Foreign Minister Alfonso Dastis

Barcelona / Madrid / Washington 24 ENE 2017 - 07:02 ART
Spain’s diplomatic and cultural institutions have called on the Trump administration to restore Spanish-language links on the White House website that were removed over the weekend following the handover of power in Washington. 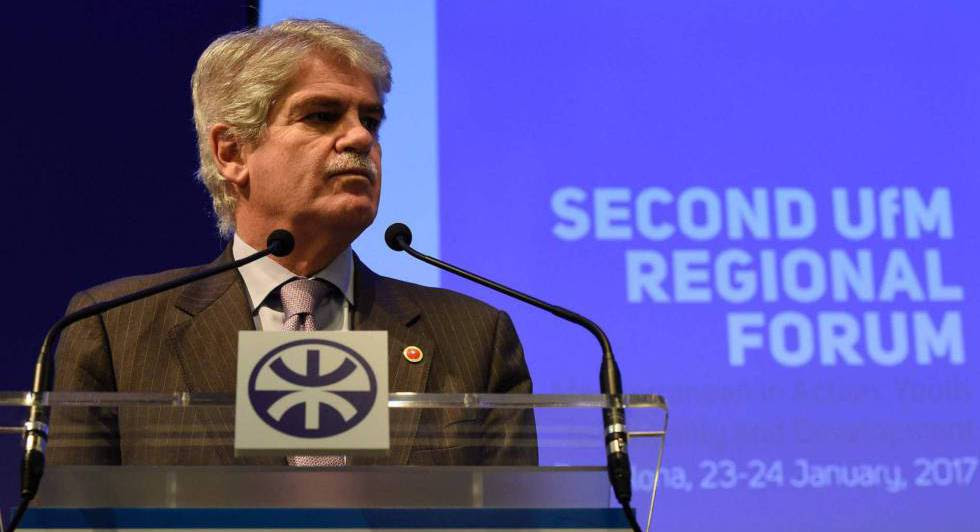 
“We don’t think it is a good idea,” said Alfonso Dastis, Spain’s new foreign minister on Monday. “Managing the website is an internal matter for the White House, but we regret the removal of the Spanish version,” he said at the opening of the latest Union for the Mediterranean Regional Forum in Barcelona.
Darío Villanueva, the head of the Spanish Royal Academy, the body that oversees the use of the Spanish language in Spain, described the move as “a major setback,” while Víctor de la Concha, the director of the Instituto Cervantes, which promotes Spanish culture and language teaching around the world, called it a “serious gesture,” adding: “Trump is president of all Americans and 18% of the population speaks Spanish and 95% of them consider that it is important for them, their children and their nephews to continue speaking Spanish.”
Responding to the international outcry and media coverage, Sean Spicer, the White House’s new spokesman, said during his first daily press briefing on Monday that no final decision had been made on a Spanish-language communication policy and that “it would take a little longer” to complete the website “piece by piece.”
“We are continuing to build out the website...,” Spicer said. “We’ve got the IT folks working overtime on that now.”
After announcing a Cabinet with no Latinos in it, the first time this has happened in three decades, the new team at the White House has closed the government’s Spanish-language accounts on social networks. Furthermore, nobody has yet been announced to replace the Obama administration’s spokesperson for policies or topics relating to the country’s Latino community.

Under the Barack Obama administration, the White House website not only provided a route to a Spanish-language version of the White House website, but also to topics of interest to the Hispanic community, such as Obama’s executive decisions to temporarily regularize the situation of hundreds of thousands of undocumented minors through the Differed Action for Childhood Arrivals (DACA) policy.
There was also a Spanish-language blog that discussed topics of special interest to the country’s Hispanic community, ranging from immigration to normalizing relations with Cuba or the economic crisis in Puerto Rico.
“In a country where there are 52 million people who speak Spanish it is not a good idea to give up a communication tool,” said Dastis. “We are in favor of dialogue and the more means there are for doing this, the better,” he added. Dastis has been very careful since Donald Trump was elected to avoid making any judgments about the new US president, calling for him to be “given an opportunity.”
During the campaign trail, Trump highlighted immigration as one of the biggest problems facing the United States, promising to build a wall along the Mexican border and to punish US companies that continued to relocate to Mexico with high import tariffs. The only time Trump used a Spanish word while on the stump was during the last presidential debate with his Democratic rival Hillary Clinton, when he talked about bad hombres (men) in reference to the “dangerous illegals” he promised to deport.

We are continuing to build the website
SEAN SPICER, WHITE HOUSE SPOKESMAN

Trump also criticized one of his rivals for the Republican nomination, Jeb Bush, for speaking Spanish during the campaign.
“We have a country where, if you want to assimilate, you have to speak English… I am not the first to say this…This is a country where we speak English, not Spanish,” he said during a debate with other Republican hopefuls in September 2015.
Spain’s opposition Socialists have pressured the Popular Party government of Prime Minister Mariano Rajoy to respond to the White House’s move, suggesting a diplomatic initiative targeting Washington by Spanish-speaking countries.
English version by Nick Lyne. 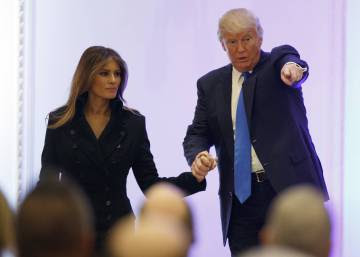 Opinion: A man baby in the White House 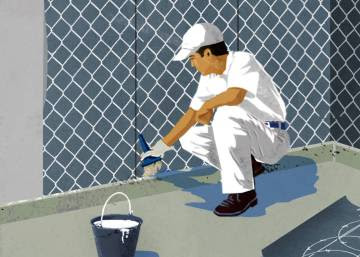 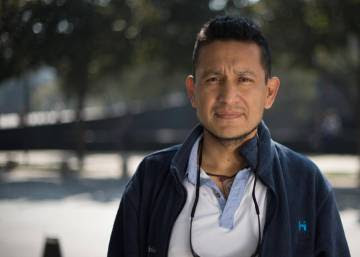 Why this Mexican-born man voted for Donald Trump 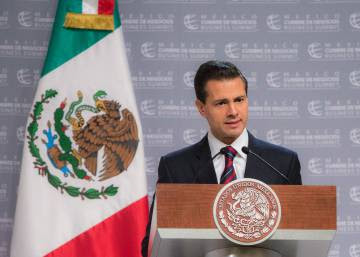