Buenos Aires 23 ENE 2017 - 12:37 ART
“My idea is to change history and I believe it I am changing it,” Argentinean silversmith Juan Carlos Pallarols tells EL PAÍS from his fascinating house-cum-workshop-cum museum in Buenos Aires. The artist, who is keeping alive a tradition of silversmithing that dates back to 1750, has received us to talk about his latest project Dos rosas por la paz (Two roses for peace), which aims to bring the people of Argentina and the United Kingdom closer and solve the Falkland Islands conflict – an ongoing dispute between the two countries over sovereignty of the remote island group. 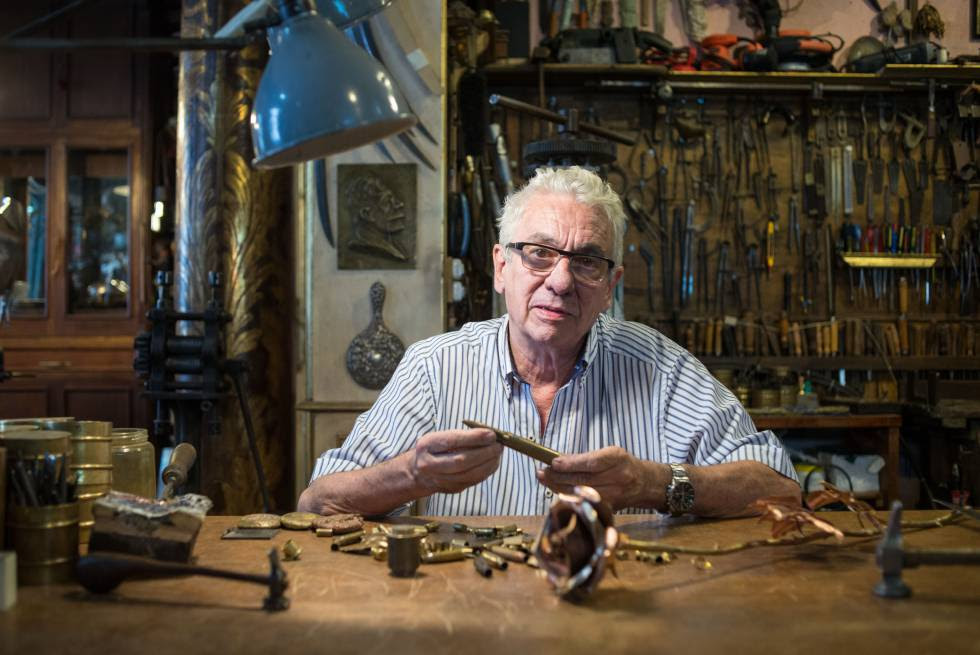 Juan Carlos Pallarols with one of the roses in his workshop. MARTÍN DI MAGGIO


The project has seen 74-year-old Pallarols use military material to create flowers. The metal was first melted down at temperatures as high as 1,000ºC and then allowed to cool before being stretched out into thin sheets using a press.
“I started working on this project just over a year ago. It is a homage to the soldiers who died in the Falklands War – English and Argentinean,” explains the silversmith, who has created ceremonial batons for a number of presidents of Argentina.


Pallarols is keen to stress that the project has “nothing to do with politics”
The 10-week war between Britain and Argentina was sparked when the military government in Buenos Aireslaunched an invasion of the islands in April 1982. A total of 649 Argentinean military personnel were killed while 255 British soldiers lost their lives. The conflict ended on June 14, when the Argentinean forces were expelled from the islands.
“In the first meeting [about the project] there were about 40 people – war veterans and families of the soldiers who died. They brought me bullets and shell casings which they had kept as souvenirs,” explains the silversmith, whose home contains a poster with the words: “Every successful enterprise requires a certain dose of madness.”
“The rose is an act of love and reconciliation, a tribute to those who died there and which, today, are the only title to property that the people of Argentina have in the islands,” Pallarols explains.


One of the roses will rest on the wreckage of the ‘General Belgrano,’ which sank with 323 people on board
“I started to collect together bullets found on the islands,” he says as he scatters objects on a desk. There is a 50mm anti-aircraft shell casing and several small rifle shells. Over the course of 26 meetings with ex-combatants and their families, he has collected around 2,000 such items.
“The idea was to make two roses but in the end there were more,” says Pallarols.
The flowers will now go to the Falkland Islands. One will be taken to the Argentine Military Cemetery in Darwin in the hands of the widow of John Hamilton, a UK special forces captain killed in the Falklands War, while a second will be delivered to the British Blue Beach Military Cemetery by the mother of Argentinean soldier and school teacher Julio Cao, killed in the same conflict.
A third flower will be placed on top of the Argentine Navy light cruiser the ARA General Belgrano, which sank with 323 people on board after being attacked by a British nuclear submarine. The rose will be placed inside a lead container weighing 50 kilograms to ensure it finds a home on top of the wreckage of the boat.
“The English asked us to place another at Bahía Agradable [Bluff Cove], which is where they suffered their heaviest losses,” Pallarols explains.

Meanwhile, another rose was on display at the Fitur International Tourism Trade Fair, which was held last week in Madrid. It will later be handed by Spain’s Queen Letizia to Argentina’s Minister for Tourism Gustavo Santos.
But Pallarols is keen to stress that the project has “nothing to do with politics.”
“Wars are completely useless,” the artist says. He is, however, quick to praise conflicts and the life stories they give rise to, calling the Falklands crisis “the last romantic war.” He also knows how the solution to the ongoing dispute will look. “There have already been three weddings involving children of Argentinean fathers and English mothers. If we can manage to have 500 more mixed marriages, everything will be much easier,” says Pallarols.
English version by George Mills. 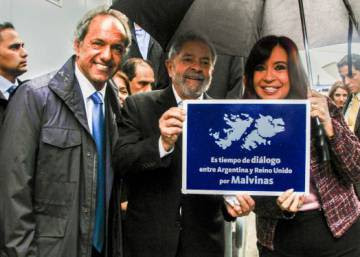 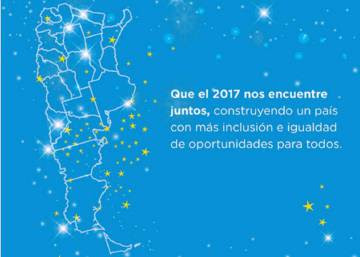 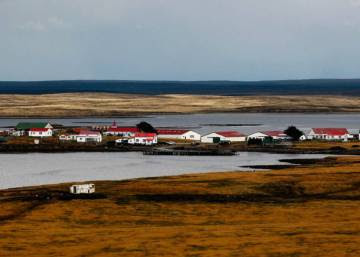 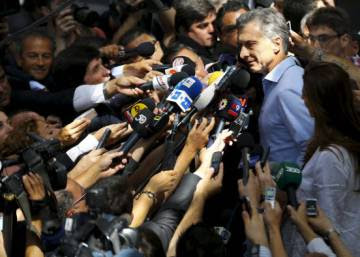