Political correctness is ruining our universities

If enough people have their feelings hurt, free inquiry and discussion is closed down. 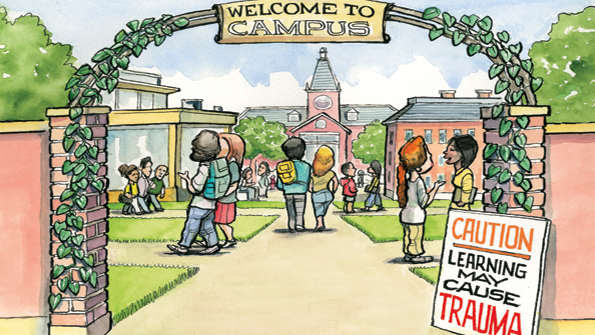 Marching and demonstrating is quite the thing to do these days but the annual March For Life in Washington, which starts in a few more hours (while the editors of MercatorNet are asleep Down Under) has been happening every year since 1974 – the first anniversary of the Supreme Court decision imposing legal abortion on all US states.
During that time it has grown to tens of thousands (estimates run to hundreds of thousands in some years) of participants, amongst whom young faces are prominent. Usually Big Media take little or no notice of the pro-life event, but tomorrow/today they will be keen to point out how the turnout compares with the anti-Trump women’s march of last weekend.
However, as the president of March for Life told the New York Times: “I don’t think that these numbers are the most important. The number most important for us is 58 million, which is the number of Americans that have been lost to abortion.”
Thank you, March for Life, for putting that sobering fact before America and the world once again. Sheila Liaugminas will be posting her impressions here in a day or two.