New journalism: Washington Post chief: “We will expose falsehoods coming out of the White House” | In English | EL PAÍS

New journalism: Washington Post chief: “We will expose falsehoods coming out of the White House” | In English | EL PAÍS

Washington Post chief: “We will expose falsehoods coming out of the White House” 
Madrid 26 ENE 2017 - 10:35 ART
If anybody harbored any doubts regarding the future of journalism, they can take a look at the new president who has moved into the White House, declared a war on the media and is spreading lies on the social networks. To Martin Baron, executive editor of The Washington Post, this is proof that the profession is more necessary than ever – it just needs to adapt to the way information is consumed these days: through mobile devices and social media. Baron was in Spain for less than two days, as a guest speaker at Foro Conversaciones and the Navarre University School of Journalism. He cannot afford to spend any more time away from a newsroom that could well be the last Washington-based stronghold defending reality from Donald Trump’s dystopian presidency.

Question. The US president has called your newspaper “dishonest and phony.” How do you intend to cover his presidency?
Answer. Well, he called us worse than that actually. He called us the lowest form of humanity and he also called us the lowest form of life itself. We want to cover his presidency the way we would cover any other presidency. We want to cover it honestly, honorably and in a straightforward way. We want to tell the truth. We would like to have a normal relationship with his administration. So far, that’s looking difficult.

Q. Decades ago, The Washington Postpublished the Watergate Papers, the story that brought down a presidency. But one would argue that this time period is very different. We have an unprecedented level of belligerence against the media.  How are you, for instance, going to cover the White House press conferences when the spokesman tells blatant lies?
A. What we did in those instances is report that he was not telling the truth, that he was telling falsehoods. He was not telling the truth about the size of the audience the new president had at his inauguration. All the evidence showed he was not telling the truth. What we did was report what he said, but then we said he was not telling the truth. And we are going to do that whenever there are falsehoods coming out of the White House as we would with anyone else.
Q. Do you feel it is appropriate to have live coverage of press conferences when you know that they contain lies?
A. Well, you don’t know he’s telling a falsehood until actually he says it. So, we do carry live video of the press conferences and we intend to continue doing so but we intend to do the follow up immediately. We do fact checks for example.
Q. Should we treat Trump’s tweets as official statements from the president and from the White House?
A. They are official statements from the president. They come directly from him in many instances. We cannot ignore what the president says. We couldn’t ignore him when he was president elect and we cannot ignore him when he is the president of the USA. So far, given the policies he has already started to implement, it appears that the tweets he put out were good signals of what he intended to do as president.

Q. Do you think that the media went overboard with excessive Trump coverage during the election campaign?
A. I was concerned about coverage by the cable channels that showed the entire rally without interruptions, so hours and hours of Donald Trump making all sort of statements. Many of them were simply not true. I was concerned about that because they were not doing the same thing for Hillary Clinton’s events, as they were not doing the same thing for his Republican opponents during the Republican primaries.
Q. Watergate took months to be researched and be published. It is the same in the recent movie Spotlight, where you as editor of The Boston Globe told the investigating team to take more time to research whether the Boston archdiocese had covered up cases of child abuse. How long did you have in this campaign to make sure that the video of Trump saying he wanted to grab women by their private parts and all that chauvinistic talk was real, and that you could run it?
A. That was a video. It was a matter of hours. We got a copy of the video from a source. Our reporter David Farhenthold had a copy of the video. When he saw the video and heard the video, he immediately knew this was major news because of the shocking language from someone who aspires to be the new president of the USA. He immediately set out to verify the authenticity of the video and determined quickly it was authentic. And then we reached out to the campaign.
Q. So you reached out to the campaign first?
A. Quickly. And then we said that we wanted to send them a transcript. We sent them the transcript and they said that didn’t sound like Donald Trump. And then we sent them the video. And he issued a statement apologizing for that.
Q. I don’t want to focus on Trump. What’s your forecast for the print media?
A. I try not to make forecasts, but the reality is that we live in a digital era, that’s obvious. Everybody has a smartphone and everybody is on social media. So, we live in a mobile and social environment. Print is not going to be around forever and it’s going to become a smaller and smaller part of what we do. I don’t know whether it’s five or 10 years or something longer than that, but I do know it’s not going to be the future of our business.
Q. Someone in your position, maybe 10 years ago or fewer, would spend almost 100% of their time on the print edition. How much time do you invest in the digital edition and in the print edition, if you can come up with a percentage?
A. It’s hard to do that, but I would say that I spend 90% of my time on digital and 10% on print.

I wouldn’t even use the word newspaper anymore. The Washington Post is a national news organization that aspires to be international

Q. Are Facebook and the other social media doing enough to fight what we now term fake news? Falsehoods are nothing new, on the other hand. There were a lot of fake news about the Iraq War.
A. There were wrong facts. But I think what’s happening now is that there are websites, ideologically motivated websites, that exist for the purpose of spreading completely false news to advance an ideological agenda. And that’s concerning. Facebook is under pressure to try to deal with that. They announced a new initiative just a couple of weeks ago. Google has a trust project for working with newspapers like ours to try to improve the credibility of information on Google, on Google News and when you do a search. Obviously, we are not where we need to be, but all of these companies are making an effort, and I think it’s a sincere effort on their part.
Q. The Washington Post was a metropolitan newspaper for a long time. You changed that, you turned it into a newspaper that covers Washington, but with a national and international way of reporting on the world. How would you define the paper in the current setting?
A. I would say that we are now a national newspaper and a national news organization. I wouldn’t even use the word newspaper anymore. A national news organization that aspires to be international. But it’s also committed to cover its own community and region at the same time, and make a good job of that. But, fundamentally, a national news organization.
Q. How is your relationship with Amazon CEO Jeff Bezos, who bought the Postthree years ago?
A. It’s great. We have a terrific relationship. He has been very supportive about what we are doing in our newsroom. It has been, in my view, an outstanding honor that he has invested such substantial resources. We have been very successful. We tried a lot of things. We have experimented in so many different things and ways he supported, and that has paid dividends. We had our first profitable year in many years last year.
Q. Were they mostly profits from digital revenue?
A. In general, from digital revenue, both advertising and subscriptions.
Q. Are you concerned about quality in the digital age, when everything goes so fast that journalists do not have as much time to think as they used to?
A. I’m concerned about it. We have to report in a matter of seconds. We put out a news alert and we compare ourselves against our competitors, to see who is first. Did we have it a minute before somebody else? Of course, then we have to put out a story that follows that news alert. If you are first, you get a lot of the traffic. So there’s an enormous pressure to move quickly and that can have an impact on quality. I’m concerned about that. And also the amount of editing that takes place can be far less than it used to be in the old days. That’s unfortunate. I’m not sure there’s much we can do about that. It’s something we need to be aware of. We never want to put out a story before we know the fact is true. We make mistakes, everybody makes mistakes in every profession but we try to be very careful.
Q. What would you recommend to a young person who wants to be a journalist nowadays? How can you get the best skills to be a journalist in the digital age?
A. There are a lot opportunities for young journalists. A lot of people who are going into the profession are concerned that there won’t be jobs for them. But, in fact, media is actually an exploding field if you look at it in the broad sense. People have to learn all the new skills. They have to learn all the new tools we have: video, audio, how to write in a different style. This a different medium, in the same way that radio was different from print, and television was different from radio and print. Now we have the web. It’s a different form of communication. It’s much more familiar, much more casual, much more conversational. And we use all these tools we have today to tell the story and we combine them in the process of telling a story. Young journalists need to know that but they also need to know the same old things which is that they need to be committed to the process of verification, to truth, to holding powerful individuals and institutions accountable. They need good ideas, for stories and about how to improve our business. 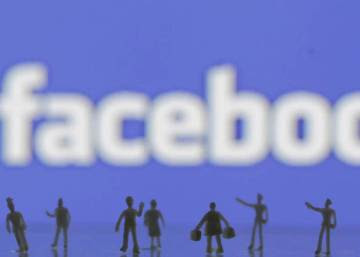 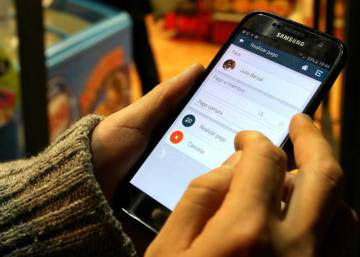 A coup against fake news 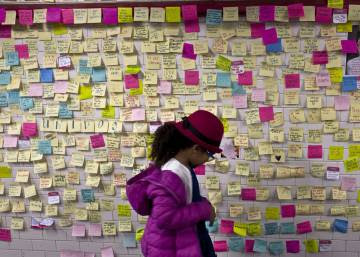 How to combat post-truths 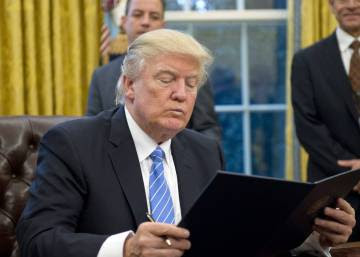