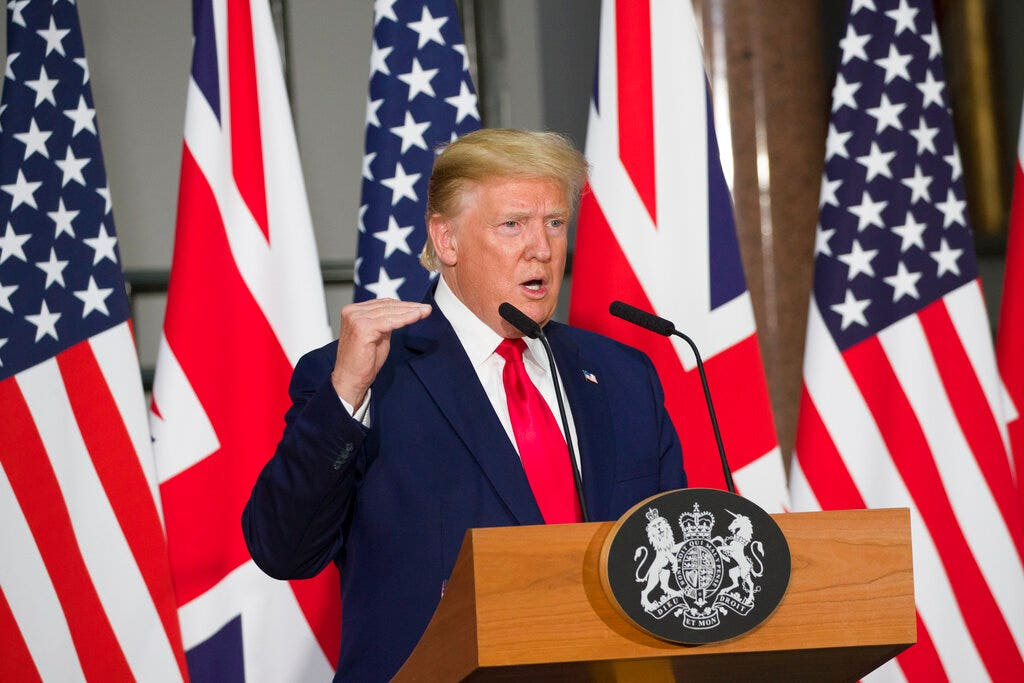 Good morning and welcome to Fox News First. Here's what you need to know today ...
Trump calls 'Resistance' protests in Britain a 'flop,' believes he's dominate polls if meda were fair
President Trump, in a series of tweets early Wednesday, called out the "corrupt media" for reporting on the paltry protester turnout during his trip to the U.K. and said if there was actually "fair" news accounts about his success in office, he would be dominating in polls. “I kept hearing that there would be “massive” rallies against me in the UK, but it was quite the opposite. The big crowds, which the Corrupt Media hates to show, were those that gathered in support of the USA and me," he posted. Thousands of Londoners lined the streets Tuesday to protest his visit with the queen, including those carrying a giant baby blimp Trump.
Publicado por salud equitativa en 6:06