A Roadmap for Children as Victims, not Terrorists | Inter Press Service

A Roadmap for Children as Victims, not Terrorists | Inter Press Service

A Roadmap for Children as Victims, not Terrorists 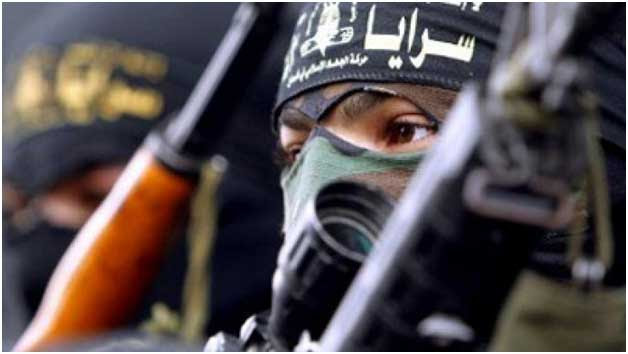 UNITED NATIONS, Jun 26 2019 (IPS) - The feeling in the air at a recent meeting of the United Nations Office on Drugs and Crime (UNODC) was one of compassion and benevolence.
The focus was on children as Foreign Terrorist Fighters (FTFs), a subject that everyone at the panel discussion argued is delicate and politically sensitive.
Alexandra Martins, the Crime Prevention and Criminal Justice Officer at the UNODC, pointed out that “”Nobody is a lost cause, and there is always a possibility to rehabilitate and reintegrate children from these groups.”
Two of her words were repeated by almost every speaker: “rehabilitate and reintegrate”.
The meeting was meant to discuss the release of the UNODC Handbook on Children Recruited and Exploited by Terrorist and Violent Extremist Groups.
The roadmap’s main goal is to provide UN’s 193 Member States with guidance on how to treat children associated with terrorist and violent extremist groups. It argues for an approach to rehabilitate those associated with or accused of being FTFs, and to reintegrate them back into their communities.
Though many of the children accused have taken part in terrorism, the UNODC advocates for a change in the way Member States handle the children.
Speaking during the release of the handbook, Dr. Jehangir Khan, Director at the UN Office of Counter-Terrorism/Counter Terrorism Centre (UN OCT/CCT), said “children must be seen first and foremost as victims.”
The roadmap was released alongside 4 technical assistance tools: UNODC Handbook on Children Recruited and Exploited by Terrorist and Violent Extremist Groups: The Role of the Justice System (2018); the UNODC Training Manual on Prevention of Child Recruitment by Terrorist and Violent Extremist Groups (May 2019); the UNODC Training Manual on Rehabilitation and Reintegration of Child Victims of Recruitment by Terrorist and Violent Extremist Groups (to be released in July 2019); the UNODC Training Manual on Justice for Children in the Context of Counter-Terrorism (May 2019). 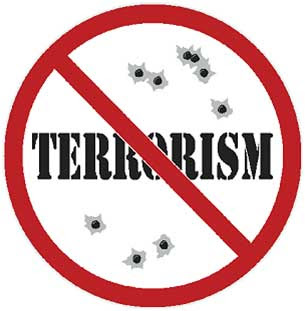 The documents are based on three years of technical assistance work conducted by the UNODC to Member States that have found children as FTFs.
One country already advocating its support for the Roadmap is Lebanon. Until 2013, children accused of being or associated with terrorist fighters were kept in adult prisons and tried as such.
“It is in prison that I learned the meaning of life” one of the boys, aged 19, remarked in a video played by the representative from Lebanon stated.
A step in the direction of treating children as victims came in 2013, when they were moved to a juvenile prison.
Lebanon’s Head of the Prison Administration at the Ministry of Justice of Lebanon, Judge Raja AbiNader, said: “By showing them the same respect we showed the rest of the children, things started to change.”
Martins told IPS that there are many such countries, like Lebanon, whose children and communities have already benefited from the guidance offered in the Roadmap.
“As a result of the protocol, children deprived of liberty for association with Boko Haram were released and transferred to child protection authorities to begin a process of reintegration in their communities,” she said.
Martins stated that more than 30 countries have received guidance on child FTFs from the UNODC’s, from 6 different regions (West Africa, East Africa, Middle East and North Africa, South Asia, Southeast Asia and Central Asia).
Despite the Roadmap offering guidance, at the panel discussion, Martins clarified that “there is no one size fits all approach” on handling children.
There have been different approaches offered on handling the children in general, and specifically when dealing with different genders.
There will be a second event during the United Nations General Assembly (UNGA) in September that Martins hopes will “promote the guidance further.”
Gender and the Roadmap
But there appears to be some disagreement still on the treatment of boys and girls during the rehabilitation and reintegration processes.
Under international law (Havana Rule 87.d., Bangkok Rules), boys and girls must be held in separate detention facilities. But the Roadmap encourages them to still engage together, to foster development.
The Roadmap also advocates for targeted approaches on the treatment of girls.
Martins told IPS that girls are “considerably more vulnerable to both physical and sexual abuse and require special attention in this regard.”
She noted that “girls deprived of liberty are exposed to other forms of sexual violence such as threats of rape, touching, ‘virginity testing’, being stripped naked, invasive body searches, insults and humiliations of a sexual nature.”
Given these sensitive issues, and the fact that girls are different physiologically and often psychologically from boys at certain development stages, the Roadmap advocates for an awareness of gender and for specific targeted approaches.
“A section in the manual alludes that girl victims of recruitment and exploitation by terrorist and violent extremist groups require specific approaches to reintegration, because of their increased exposure to violence at multiple levels and from different actors,” Martins said.
But it is not clear yet that this section on gender differences has been implemented.
While Martins says the Roadmap takes seriously the different approaches for girls and boys, Judge AbiNader told IPS that in Lebanon “Very honestly, we’re not working specifically with girls concerning rehabilitation.”
As of June 7th, Lebanon has 10 boys and 2 girls in prison for being associated with or accused of being FTFs.
When asked why there were not specific programs that tackle children of divergent genders differently, he argued that they girls “should be treated the same” during rehabilitation.
“And it hasn’t been discussed because the number [of girls in prison for accusations of being FTFs] is so low,” he added.
Despite the low numbers of accused girls in detention facilities, Martins believes that targeted women’s health education should be provided, and that “Access to age- and gender-specific programmes and services, such as counselling for sexual abuse or violence, has to be given to girls.”
Though the UNODC has advocated a change in outlook on children involved with terrorist organizations, the Roadmap’s release is just the beginning of that change being implemented.