Fighting Food Insecurity in Africa – Lessons from the United States 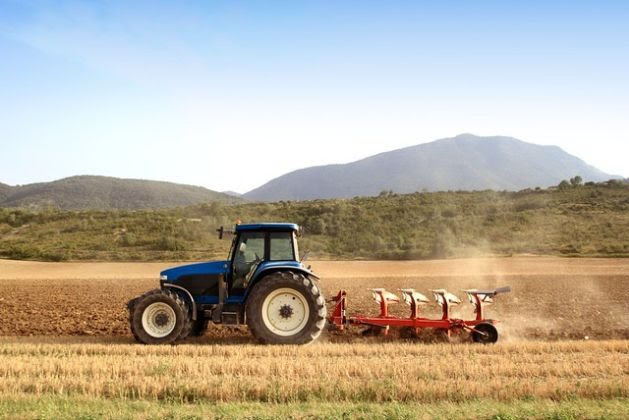 Further, many of the initiatives have clear goals, targets, benchmarks and indicators of success. In addition, these initiatives have built-in monitoring and evaluations systems to ensure they achieve the intended outcomes.


Take California, for example, also referred to as the agricultural powerhouse of the U.S. Despite facing drought, one of the extremities that comes with a changing climate, recent Agricultural Statistics Reviewshows that investing in innovative agricultural initiatives has allowed the State to maintain sustainable agricultural crop production, and, consequently become food secure.
The State of Illinois ranks nationally and internationally in maize and soybean output, and has maintained these rankings despite the many challenges farmers face including a changing climate. By using all the available and recent agricultural technologies and tools such as improved seed varieties, farmers have been to maintain crop yields, translating into food security. Furthermore, the United States Department of Agriculture continuously supports all states and provides detailed reports and resources that farmers can consult.
Importantly, the frameworks that have allowed the U.S. to be food secure have a common backbone — the land-grant university system. Through it, many Land-Grant Universities in the U.S. such as University of Illinois at Urbana Champaign, Cornell University, Purdue University, consistently carry agricultural research coupled with a functioning extension service arm that delivers discoveries and recent science-based information to farmers and rural communities.
For example, Purdue and University of Kentucky recently collaborated with USDA in an effort to provide research, extension and other assistance to rural communities.  Cornell University has Small Farms program dedicated to supporting farmers.  Other Land-Grant universities with similar programs include Penn State University, Virginia State University, and University of Wisconsin-Madison.
Complimenting these efforts have been investments by both the State and Federal governments agencies such as the USDA and advancements in new technologies and equipment, irrigation systems, soil health building systems, access to water and electricity, improved production systems and production practices, infrastructure like roads, and sound policies as well as risk management.
The USDA, for example, recently announced that it would support all U.S. farmers impacted by recent trade disruption. This is in addition to several other programs for farmers that are impacted by other extremities that come with a changing climate.
At the same time, the U.S. also invested in improving its phytosanitary standards, further allowing it to trade commodities, allowing for export-led economy. In addition, U.S. citizens have access to food they cannot produce all the times.
A recent technical brief showed that many African countries phytosanitary standards are not up to date, further limiting African countries from benefiting from exporting and importing food.
Countries in Africa that are the most food secure such as Tunisia, Mauritius, Morocco, Algeria, Ghana, Senegal and South Africa and those which are making progress toward being more food secure such as Ethiopia, Tanzania, Nigeria and Kenya have achieved their progress by using some of the same strategies as the U.S, through USAID Feed the Future Initiative, and other USAID funded programs and initiatives such as  USAID Feed the Future Innovation labs .
Other African countries can follow suit. Of course, other foundational frameworks these countries have are stable democracies and export-driven economies.
Building a food secure future can be achieved when countries are open to weighing in on proven strategies.  Time is now.
Esther Ngumbi is Distinguished Post Doctoral Researcher, Entomology Department at the University of Illinois at Urbana Champaign, Illinois, World Policy Institute Senior Fellow, Aspen Institute New Voices Food Security Fellow, Clinton Global University Initiative Agriculture Commitments Mentor and Ambassador