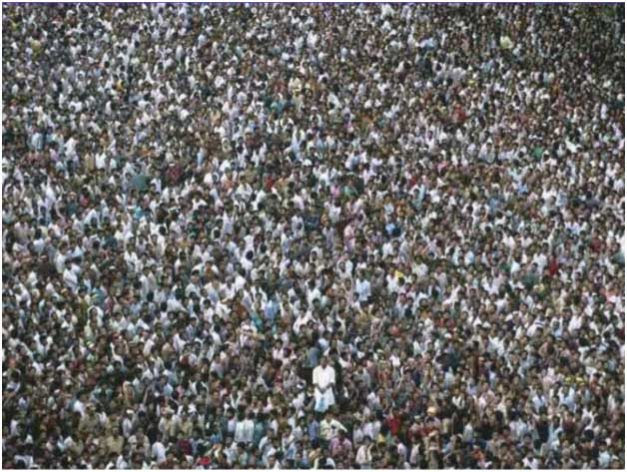 UNITED NATIONS, Jun 24 2019 (IPS) - With a new report projecting a rise in population, specifically in Asia and Africa, the United Nations has warned that continued rapid population growth presents enormous challenges for sustainable development in the world’s 134 developing nations.
Among them, the heaviest impact will be on the 47 least developed countries (LDCs), described as the poorest of the world’s poor, and the 57 small island developing states (SIDS), including 20 “territories” which are non-UN members, largely vulnerable to continued economic hardships and environmental hazards.
https://www.un.org/development/desa/dpad/wp-content/uploads/sites/45/publication/ldc_list.pdf
In an interview with IPS, Dr Benoit Kalasa, Director Technical Division at the UN Population Fund (UNFPA) said LDCs are among the world’s fastest growing – and many are projected to double in population between 2019 and 2050 – putting pressure on already strained resources and challenging policies that aim to achieve the Sustainable Development Goals (SDGs) and ensure that no one is left behind.
For many countries or areas, including some Small Island Developing States, he pointed out, the challenges to achieving sustainable development are compounded by their vulnerability to climate change, climate variability and sea-level rise.
http://unohrlls.org/about-sids/
In sub-Saharan Africa, the region that is expected to account for more than half of the world’s population growth over the coming decades, the number of babies projected to be born between 2020 and 2050 (nearly 1.4 billion) exceeds the number born between 1990 and 2020 by more than 50 per cent.

Excerpts from the interview:
IPS: Will the projected increase in population have an impact on the implementation of the 17 SDGs which have a 2030 deadline?
Dr KALASA: A rapidly increasing number of births poses particularly significant challenges for countries striving to expand services for mothers and newborns (SDGs 1, 3 and 5).
A growing number of infants foreshadows growing numbers of school-aged children and adolescents and youth in the future. In the 47 LDCs, the number of adolescents and youth aged 15 to 24 years is projected to grow from 207 million in 2019 to 336 million in 2050.
Leveraging the opportunity presented by the demographic dividend depends critically on investing in the health and education (SDGs 3 and 4) of the young people who will soon join the labour force, and on ensuring their successful integration into the labour market, with full and productive employment and decent work for all (SDG 8).
Many of the countries with the highest levels of maternal mortality and the greatest unmet need for family planning continue to experience growth in the number of women of reproductive age.
Programmes to expand access to family planning must keep pace with population growth just to maintain current levels of coverage.
In all countries and areas, achieving gender equality and the empowerment of women requires eliminating all forms of violence and discrimination against women (SDG 5), promoting female education (SDG 4), and ensuring that women have access to safe and effective means of family planning (SDG 3), as well as equal access to the labour market (SDG 8), social security and the political process (SDGs 8, 5 and 16).
Persons aged 65 or over make up the world’s fastest-growing age group. Virtually all countries are anticipating an increase in the percentage of older persons in their populations.
Countries need to plan for population ageing and ensure the well-being of older persons by protecting their human rights and economic security and by ensuring access to age-appropriate health care services, lifelong learning opportunities, and formal and informal support networks (SDGs 1, 3, 4, 5, 8, 10 and 16).
IPS: Is the anticipated increase in world population by 2 billion in the next 30 years a positive or negative factor?
Dr KALASA: While the projected addition of two billion people in the next 30 years poses challenges to the implementation of the 2030 agenda, it also brings a tremendous opportunity.
With human rights-based, quality sexual and reproductive health service provision, sufficient investment in education and health of young people, and gender equality, and promotion of the rights choices and well-being of older persons and immigrants, we will realize the demographic dividend and ensure the rights and choices of a new generation. 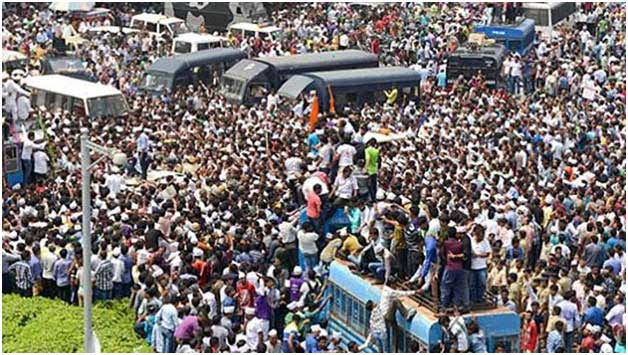 IPS: How reliable is the UN’s population estimates?
Dr KALASA: The UN Population Division has been estimating and projecting the world’s population since 1951. The estimates are based on all available sources of data on population size and levels of fertility, mortality and international migration for 235 countries or areas.
For each revision, any new, recent but also historical, information that has become available from population censuses, vital registration of births and deaths, and household surveys are considered to produce consistent time series of population estimates for each country or areas from 1950 to today.
For the 2019 revision, the latest assessment, 1,690 population censuses conducted between 1950 and 2018, as well as information on births and deaths from vital registration systems for 163 countries and demographic indicators from 2,700 surveys were considered.
The availability of new information contributed to revising recent, as well as past, population estimates and demographic indicators.
It is worth mentioning that the quality of population estimates and projections hinges on the collection of reliable and timely demographic data, including through civil registration systems, population censuses, population registers, where they exist, and household surveys.
The 2020 round of national population censuses, which is currently underway, will provide critical demographic information to inform development planning and to assess progress towards the achievement of the SDGs.
IPS: What is the impact of international migration?
Dr KALASA: International migration can be a transformative force, lifting millions of people out of poverty and contributing to sustainable development in both countries of origin and countries of destination.
Facilitating safe, orderly and regular migration, while reducing incentives for irregular migration, is the best possible way to harness the full development potential of migration (SDGs 8, 10 and 16). Addressing the adverse drivers of migration, such as poverty, insecurity and lack of decent work, can help to make the option of remaining in one’s country viable for all people.
IPS: Whatever happened to the 1960s concept of Zero Population Growth (ZPG)?
Dr KALASA: The ICPD Programme of Action (the International Conference on Population and Development) called for voluntary and rights-based family planning. At UNFPA, we counter any notion of “population control” and warrant that future generations never take a hard-won human right for granted.
Ensuring women’s right to decide freely and responsibly on the number and spacing of their children is at the center of our agenda.
The writer can be contacted at thalifdeen@ips.org